A Facebook post shared in Nigeria claims that local people in Gombe state in the north of the country have attacked and burnt shops belonging to Igbo, originally predominantly from the south-east, and Yoruba people, from the south-west.

The post, dated 21 February 2021, has been shared over 1,200 times. It includes two photos, showing burning buildings.

Are these really shops owned by southerners, set alight by their northern neighbours? 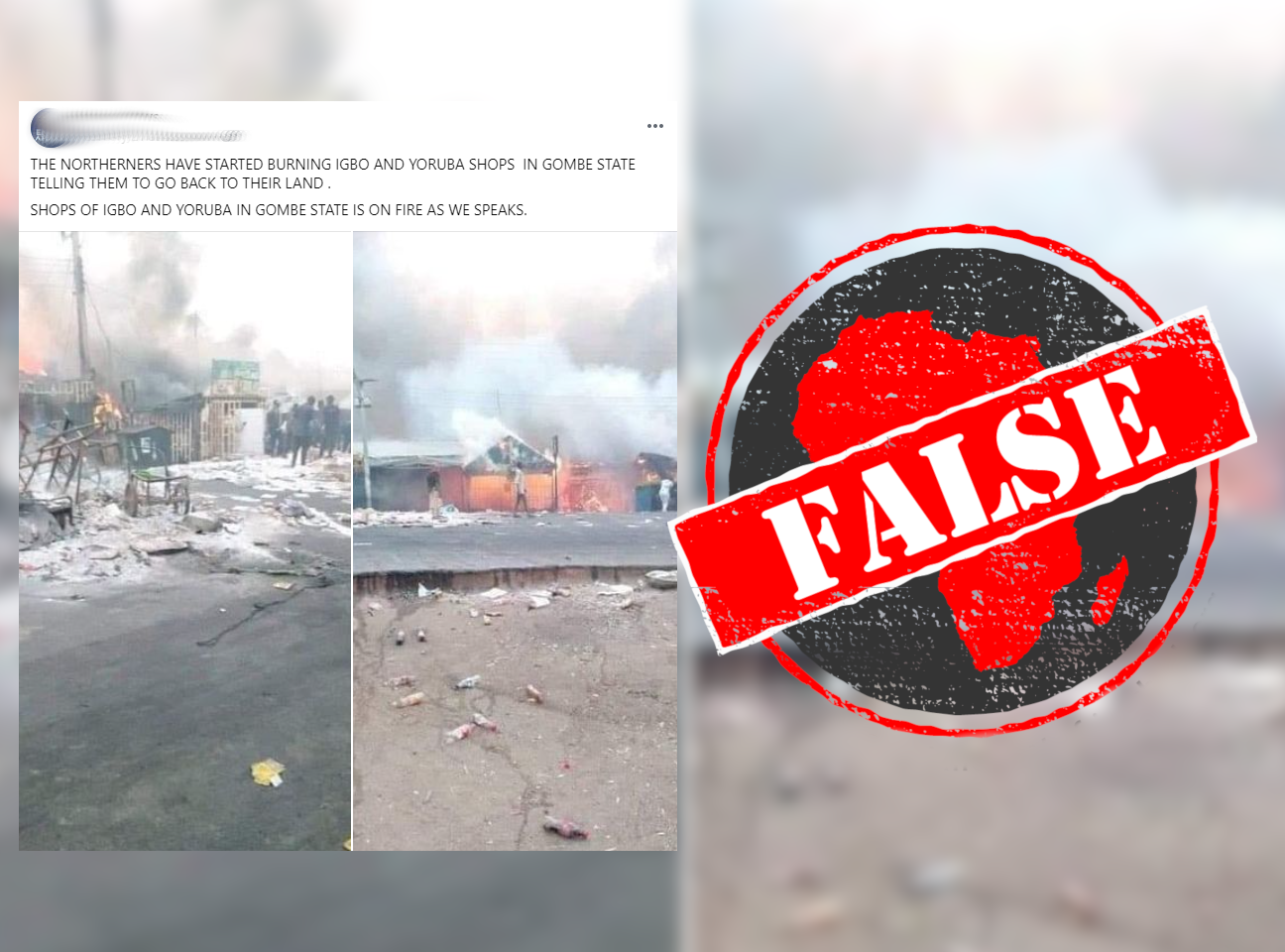 A Google reverse image search of the photos shows they have been used several times to illustrate a violent crisis in Gombe state.

But the violence is reportedly because of the imposition of a traditional leader in the Billiri local government area in Gombe, and not because of tension between northerners and southerners.

The protests, which eventually became violent, were reportedly because of a delay in announcing the candidate, out of three, who was to take over the throne of the Mai Tangale chiefdom. The previous monarch died on 10 January.

Maiyamba is the only of the candidates who is Christian, while the other two are Muslim. The governor is also Muslim.

Media reports claimed that at least four people were killed and property destroyed in the crisis.

According to Punch newspaper, Gombe state commissioner for internal security and ethical orientation, Dauda Batari, described the situation as the “senseless killings and destruction of people’s property in Billiri with religious and political undertones”.

One of the earliest uses of the photos we could find online is in a tweet dated 20 February 2021, calling the situation a religious crisis.

The tweet warns: “The state government, security agencies and religious stakeholders should wade in before the crisis will escalate to other area councils in the state.”

Another media report on the Gombe crisis used one of the two photos in the Facebook post, as well as other photos of the protests.

The photos in the Facebook post are of protests unrelated to the rising tension between southerners and northerners in Nigeria.