Photos show attack on Kenyan police officer in 2017, and not supporters of Raila Odinga’s newest coalition

The photos are captioned in Kiswahili: “Azimio la mawe wakishambulia polisi … This is the Kenya we are waiting …”

This roughly translates to: “Azimio stonethrowers attack police. This is the Kenya we are waiting for.”

Azimio la Umoja, Kiswahili for “declaration of unity”, is headed by former prime minister and Orange Democratic Movement (ODM) leader Raila Odinga, who is running for president in the August 2022 elections.

The photos show men in orange ODM t-shirts, who appear to be assaulting someone in fatigues.

But are they Azimio la Umoja supporters attacking a security officer? We checked. 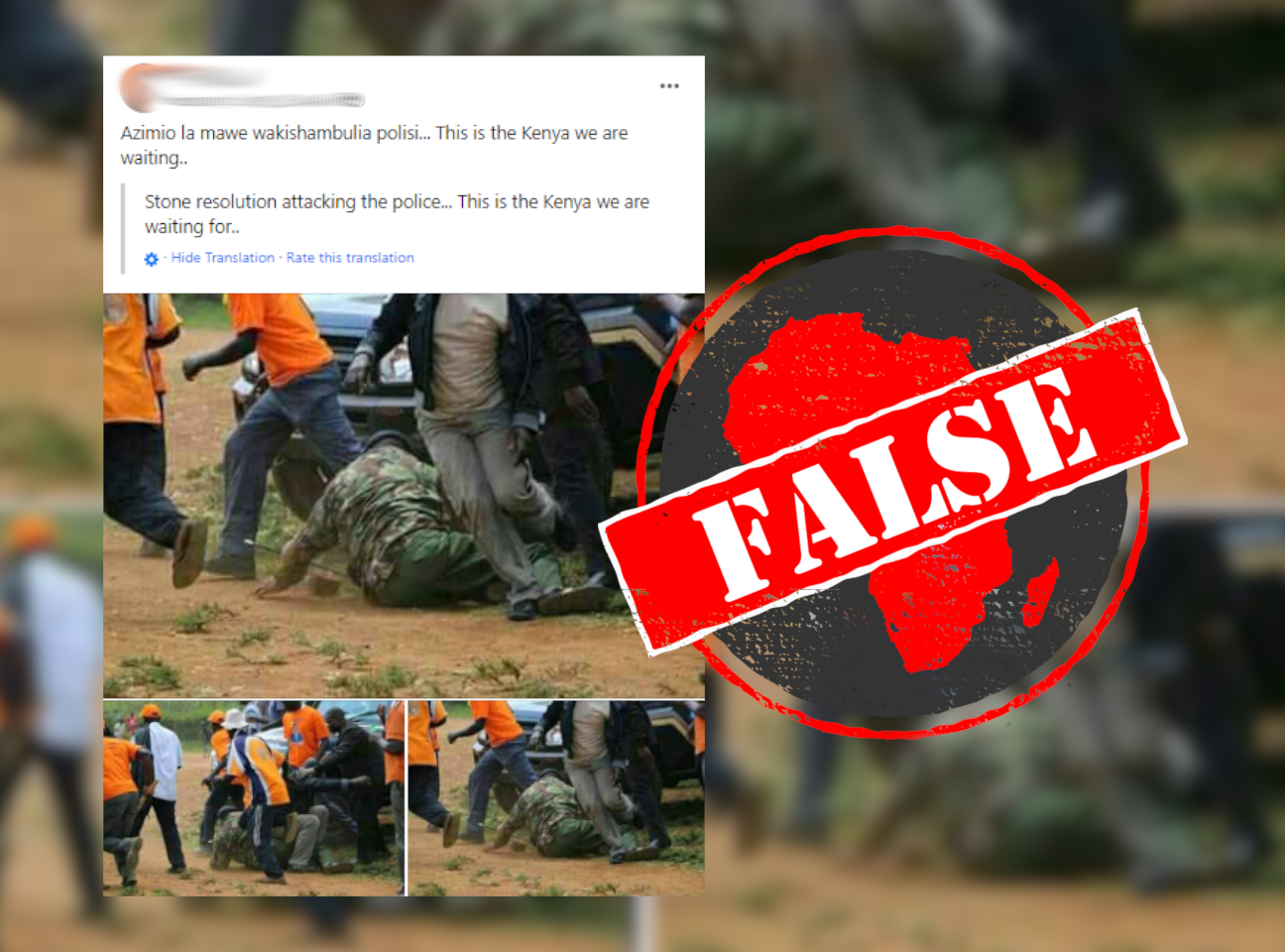 A reverse image search of one of the photos reveals it was published online as early as 28 June 2017.

A news outlet published the photos in an article about a clash between supporters of Cornel Rasanga and Nicholas Gumbo, who were running for governor of Siaya county in southwestern Kenya.

The article said: “A police officer was caught in the middle as supporters of Gumbo and Rasanga clashed in Rarieda constituency over the past weekend.”

Other Kenyan media outlets also reported on the event.

The Azimio la Umoja coalition was formed in 2021 – it did not exist in 2017. The men pictured may have been supporters of the ODM and Raila Odinga, but the photos are not newsworthy in 2022.