“2NK Sacco to buy off Kenya Airways. Link in the comments section,” it reads. It was posted on 25 March 2021, two days after the airline announced a record KSh36.6 billion loss.

In the comment section is a link to a 30 July 2020 article on the website PostaMate. It’s headlined: “2NK SACCO Set To Acquire Kenya Airways Early Next Month”.

Kenya Airways has been sinking into loss over the years, with its debts restructured time and time again. In 2017 the airline converted its loans to equity in an effort to restore its fortunes.

According to the PostaMate article, the Kenyan government is planning to relinquish its 48.9% stake in the airline to 2NK Sacco “for an undisclosed amount of money in the range of millions”.

“The acquisition will see Kenya Airways rebranded to 2NKenya Airways (2NKQ) with a promise to return profitability within 100 days.”

The article also claims that changes expected after the takeover will be “an overhaul of the cabin design with an introduction of standing passengers for local flights”.

But how true is this story? We checked. 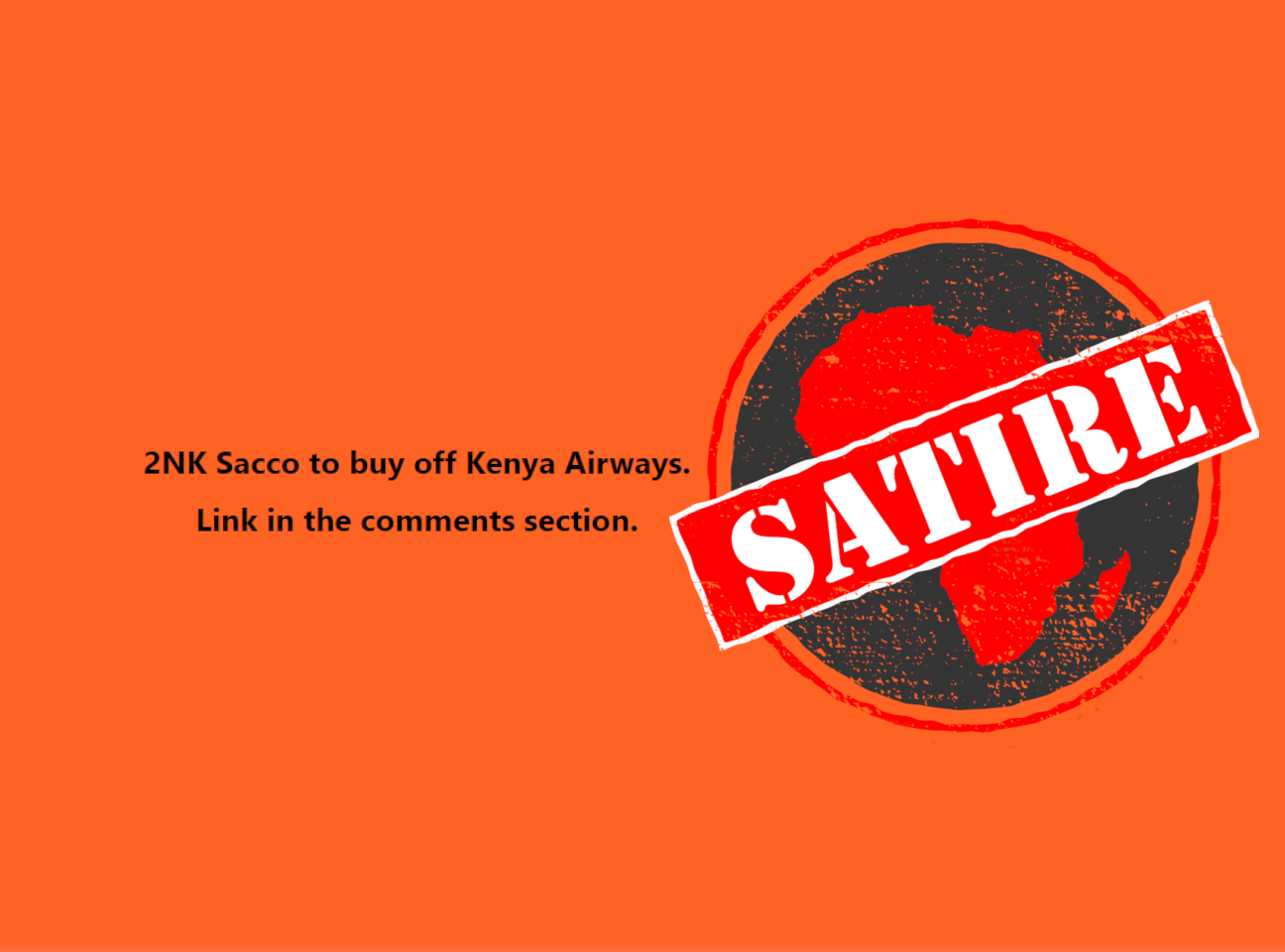 The PostaMate article has no basis in fact. It’s satire.

Satire is a broad category, but can be defined as “the use of humour, irony, exaggeration or ridicule to expose and criticize people’s stupidity or vices”.

“PostaMate started as signal newsletter in the year 1492 in the Congo Basin, where it would send a daily smoke signal broadcast to the entire region,” the website’s about page reads – a clear indication that it’s not meant to be taken seriously. “It later upgraded to send papyrus reed scroll when the art of writing reached our caves.”

A disclaimer at the bottom of the page adds: “PostaMate is a satirical publication by PostaMate Media.”

Claim that Ghana’s president has banned sports betting is satire

Babysitter inserts toddler in vagina? Story is a joke

No, the US Supreme Court did not allow a brother and sister to marry each other