Politician Isaac Mwaura was “whisked away by security agents” for “spoiling” a photo session with “women leaders” and Tanzania’s president Samia Suluhu at Kenya’s parliament, claims a message posted on Facebook on 5 May 2021.

The post shows a screengrab of live news coverage of parliament by Kenya’s Citizen TV channel. Female Kenyan politicians can be seen standing together in the foreground. Mwauri is in the background, dressed in yellow, with seven other men.

The message reads: “UPDATE: K.K.R Isaac Mwaura spoils photo session of women leaders with President Suluhu at Parliament, whisked away by security agents (NB: All other men are security officers).”

The screengrab and message have been shared on several public Facebook groups, here, here, here and here, with more than 300,000 combined members.

Suluhu arrived in Kenya on 4 May for a two-day state visit, during which she addressed a joint sitting of parliament.

But was Mwaura really escorted from parliament by security officers for “spoiling” a photo op with the Tanzanian president and female Kenyan politicians? We checked. 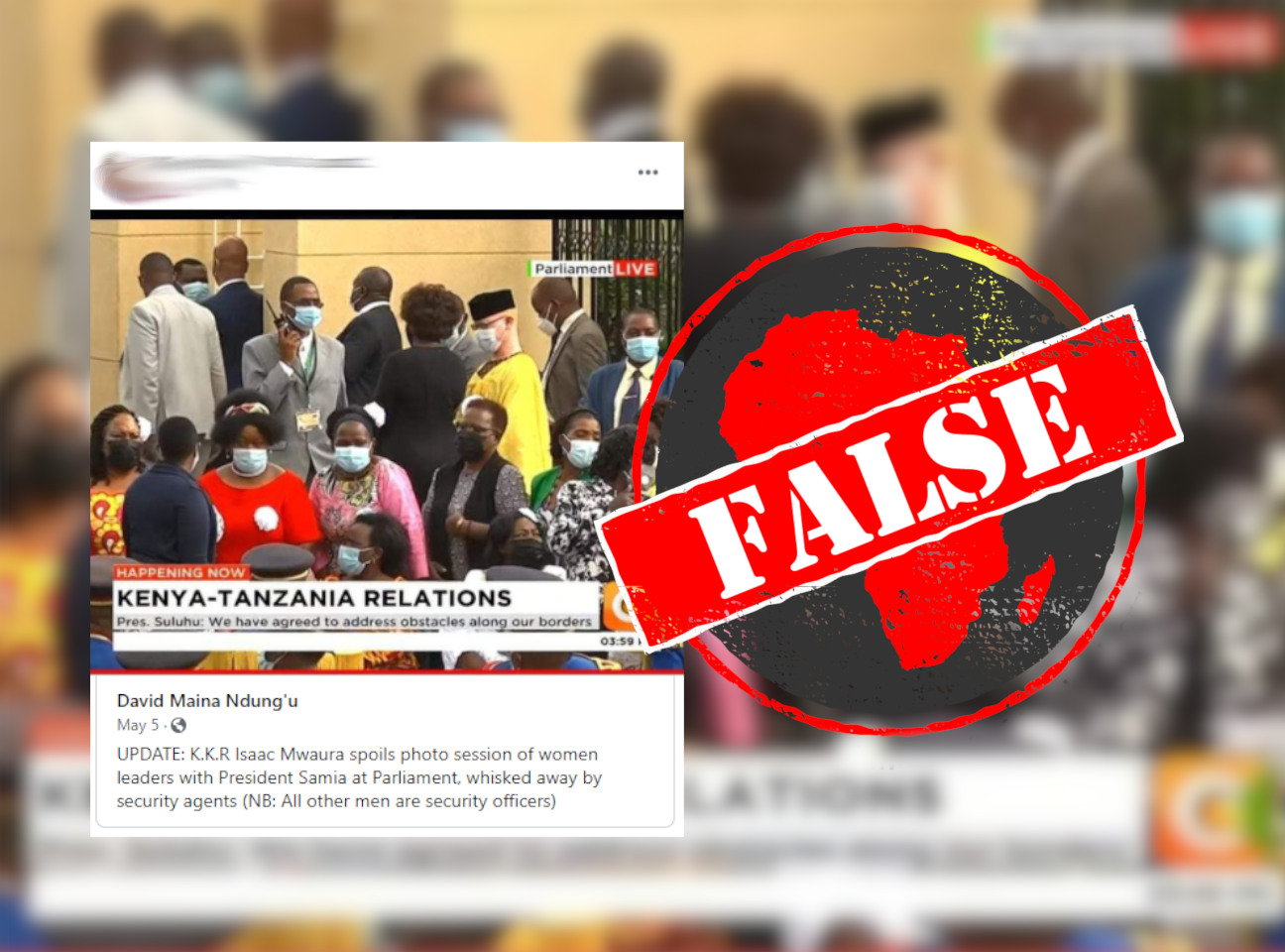 A Google reverse image search of the screengrab led us to a video uploaded on the NTV Kenya YouTube channel on 5 May. It’s titled: “Rain disrupts women MPs’ photo session with President Samia Suluhu.”

The video shows Kenyan leaders walking out of the parliament buildings. Mwaura is among them, wearing the same outfit seen in the screengrab.

He walks through the parliament gate alongside colleagues then stops to chat with some of them.

Female members of parliament walk past Mwaura towards an area where they get ready for a photo session with Suluhu. Later in the video, it starts raining. Umbrellas come out and all the people assembled leave the scene.

At no point in the video is Mwaura seen interrupting the photo session or being whisked away by security officers.