“Matiba's widow: Rigathi tortured me,” reads the headline on what appears to be a front page of Kenya’s Daily Nation newspaper, circulating on Facebook.

A summary adds: “Speaking for the first time since the demise of the 2nd liberation hero, Mama Edith painfully recounted the scary ordeal of the night in the 90s when the then Limuru DO, now DP Ruto's running mate, led a contingent of police officers in an attack of Matiba’s Limuru home during which, she was assaulted and sexually abused, leaving her in a pool of blood.”

Since his selection as running mate on 15 May, he has faced an online onslaught from his opponents.

Kenneth Matiba was a veteran Kenyan politician recognised for his role in the struggle for multiparty democracy in Kenya. He died in April 2018 at 85. He left behind his wife Edith Wanjiru and five children.

But is this really a Daily Nation front page? We checked. 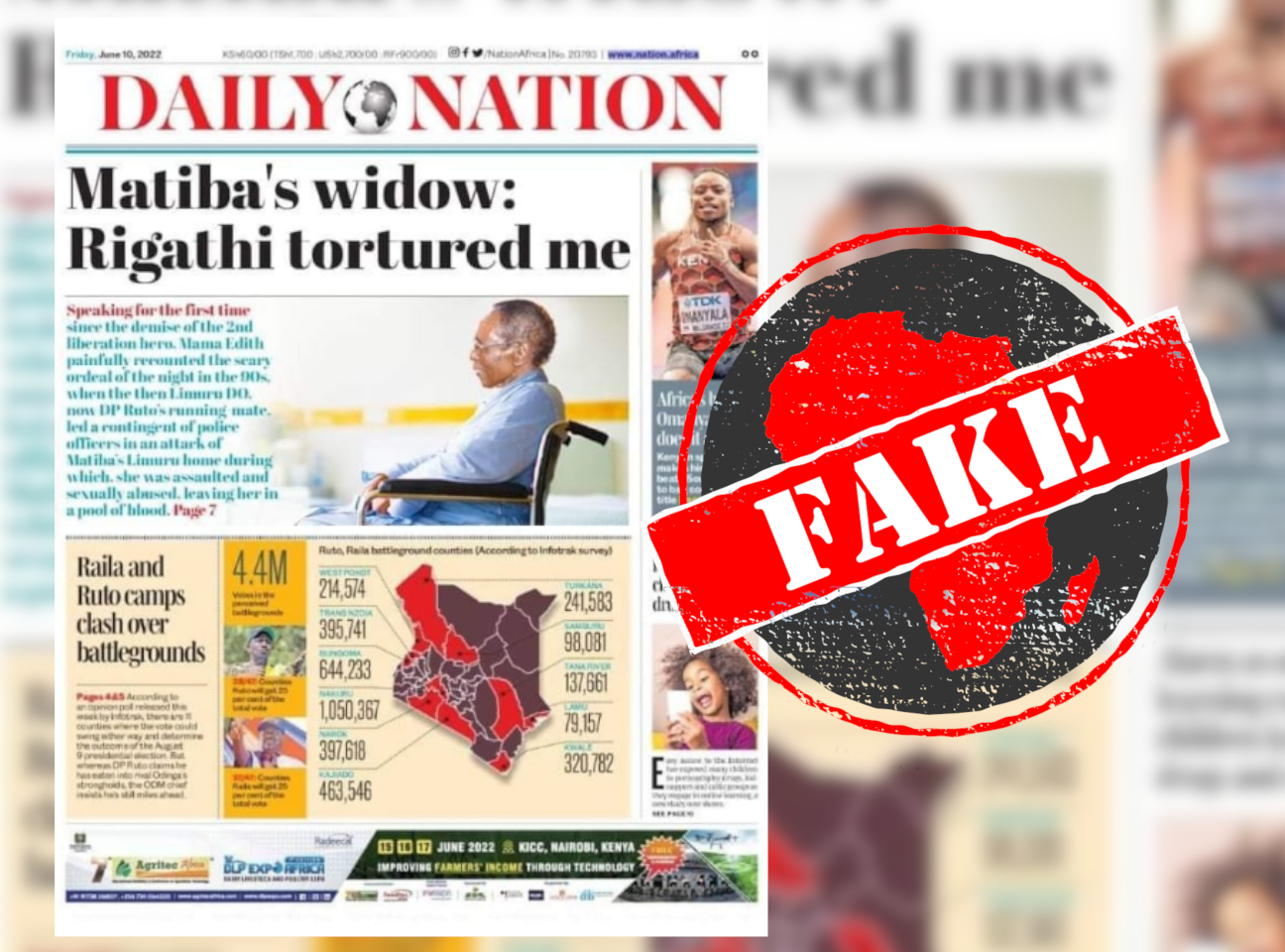 A reverse image search of the photo at the front page reveals it was originally published by Alamy, a US stock photo website, in 2010.

And the Daily Nation front page has been altered. The legit front page headline of the 10 July issue reads: “Block these people, EACC tells Chebukati.”

The summary reads: “The fate of some 241 aspirants the anti-graft agency wants barred from contesting in the August 9 polls over integrity questions hangs in the balance even as the electoral commission yesterday came under increased pressure to strike off their names from the ballot.”

On 10 June Daily Nation posted the real and altered versions of the front page side by side on Facebook, the first stamped “genuine” and the second stamped “fake”.

“Please be advised that there’s a fake splash doing rounds on social media. Do not fall for fake news,” it warned.