After weeks of fuel shortage in Kenya in early April 2022, the government announced it had deported Rubis Energy Kenya chief executive Jean-Christian Bergeron, accusing him of economic sabotage.

Soon after, a graphic with the NTV Kenya logo was reposted widely on social media, with a headline claiming that Polycarp Igathe, the former Nairobi county deputy governor, had been appointed to replace Bergeron at the oil company.

Many posting the graphic seemed to view the news with suspicion, claiming it was a plan by the government to make Kenyans suffer even more. Others observed that Igathe was a lucky man, easily landing top jobs.

Igathe has previously served in senior positions, including at Vivo Energy Kenya and Equity Bank Kenya. He resigned from the position of deputy governor for Nairobi county in 2018.

But has he been appointed to head up Rubis Energy Kenya and is the graphic legit? We checked. 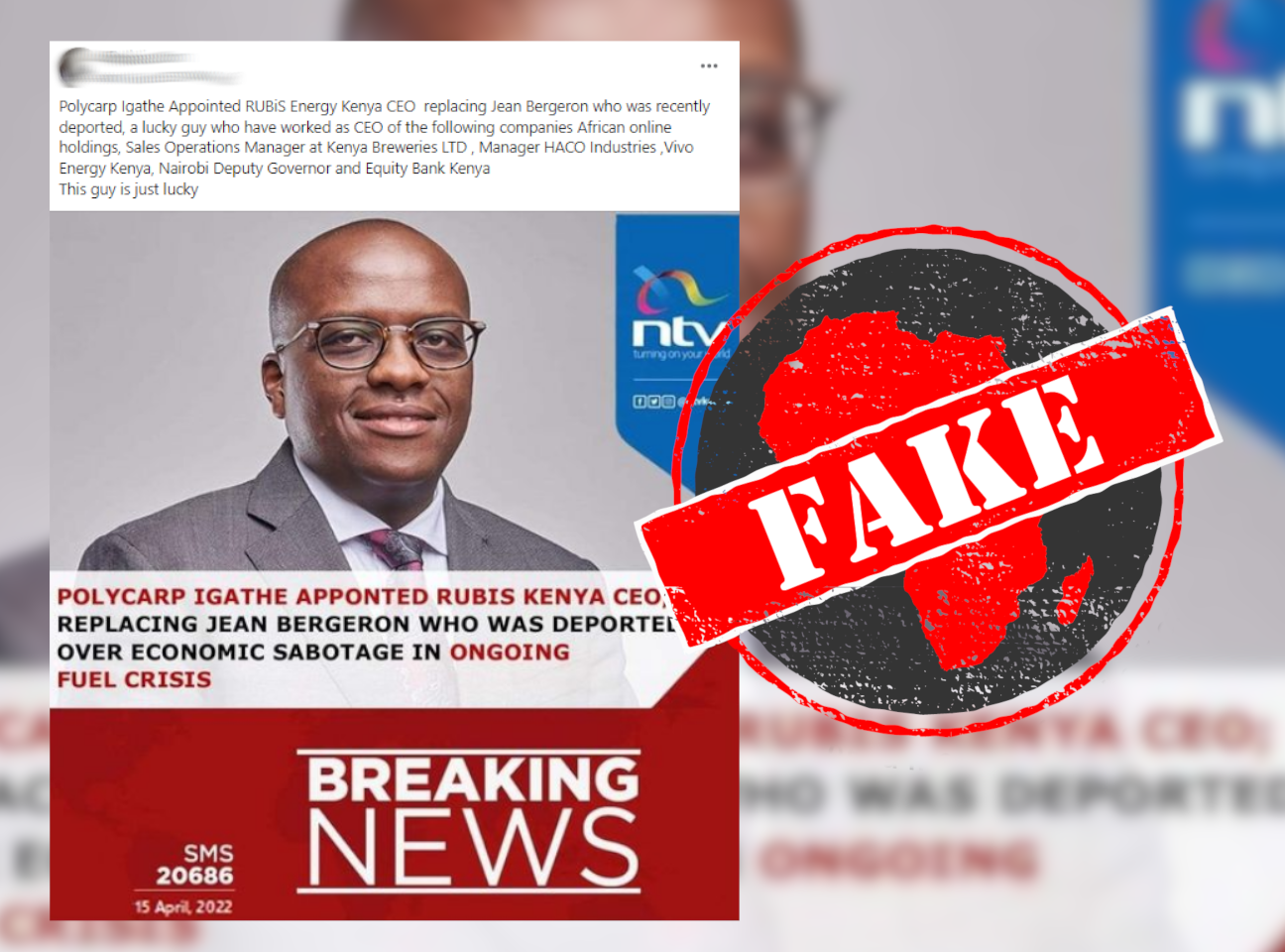 “The referenced news content is false,” they told us in an email.

Television station NTV Kenya also posted on Facebook that the graphic with their branding was “fake”.

“Please be advised that the news circulating on social media alleging that Polycarp Igathe is the new Rubis CEO is Fake and didn't emanate from NTV Kenya,” they wrote.