One recent example is what appears to be a front page of the prominent Daily Nation, with the headline: “Ruto’s illegal maize sale to the NCPB.”

William Ruto is Kenya’s deputy president, and a leading candidate for the presidency in the upcoming election. The NCPB is the National Cereals and Produce Board, a state corporation that supports the growing, storage and marketing of grains in the country.

The page shows a photo of Ruto scratching his head and, although it is dated 6 April 2021, only started circulating in November. It reports on a looming “maize crisis” about which “technocrats and politicians” are “unable to agree on what to do”.

But is this really what Daily Nation reported in April? 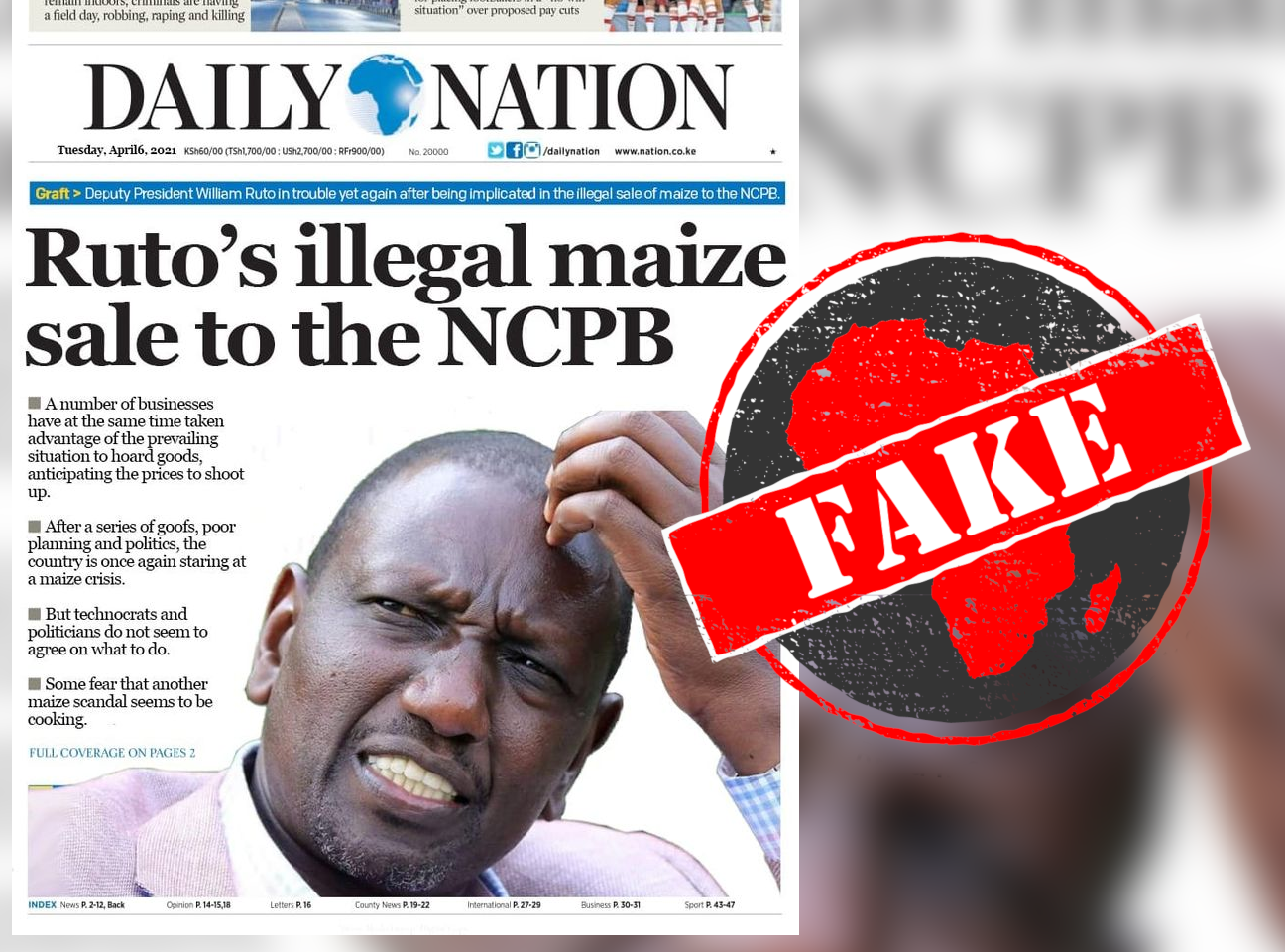 A search of Daily Nation’s Facebook page reveals that the headline on the paper’s 6 April 2021 issue actually reads: “Succession: Why 2022 is a do-or-die”.

The page doesn’t show a photo of Ruto scratching his head, and reports on the five leading presidential contenders who may succeed current president Uhuru Kenyatta, whose second and final term in office ends in 2022. 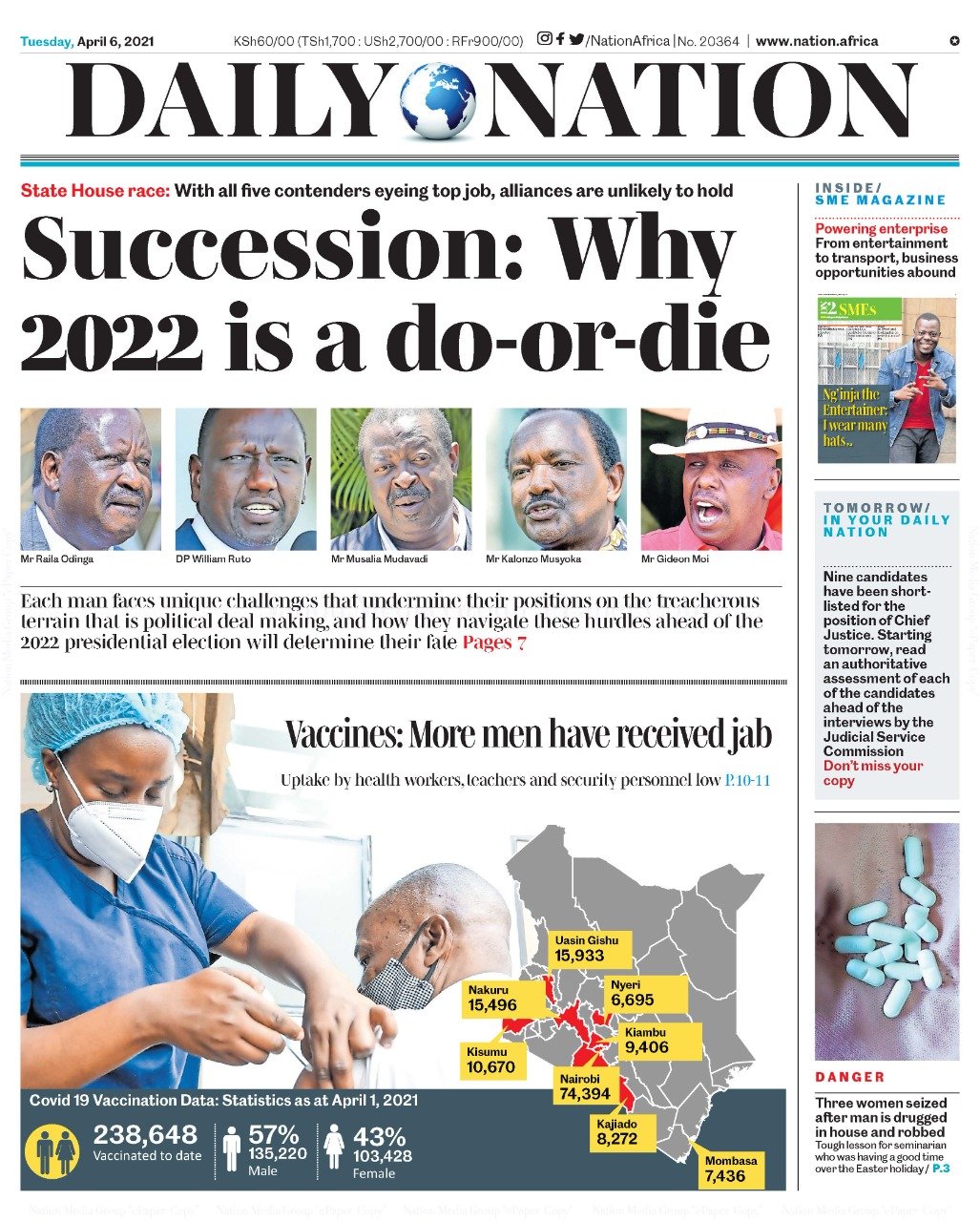 And a search of the paper’s website did not return any April 2021 report about Ruto and an “illegal maize sale”.

The front page circulating on Facebook has been photoshopped.