The rally, recognised by the FIA World Rally Championship, was held in Kenya from 24 to 27 July 2021.

“The World Rally Championships is a rich man's affair. It was a waste of time, public resources and above all, a Sodom and Gomorrah moment. This madness shall stop come 2022,” the graphic reads. It shows a photo of Ruto.

Ruto has branded himself a “hustler” to appeal to unemployed young people, a majority of Kenya’s population, ahead of the country’s August 2022 presidential election.

He has been quoted daring “dynasties”, the political class from families that have held political positions in Kenya since independence in 1963.

But did Ruto really say this about the Safari Rally? We checked. 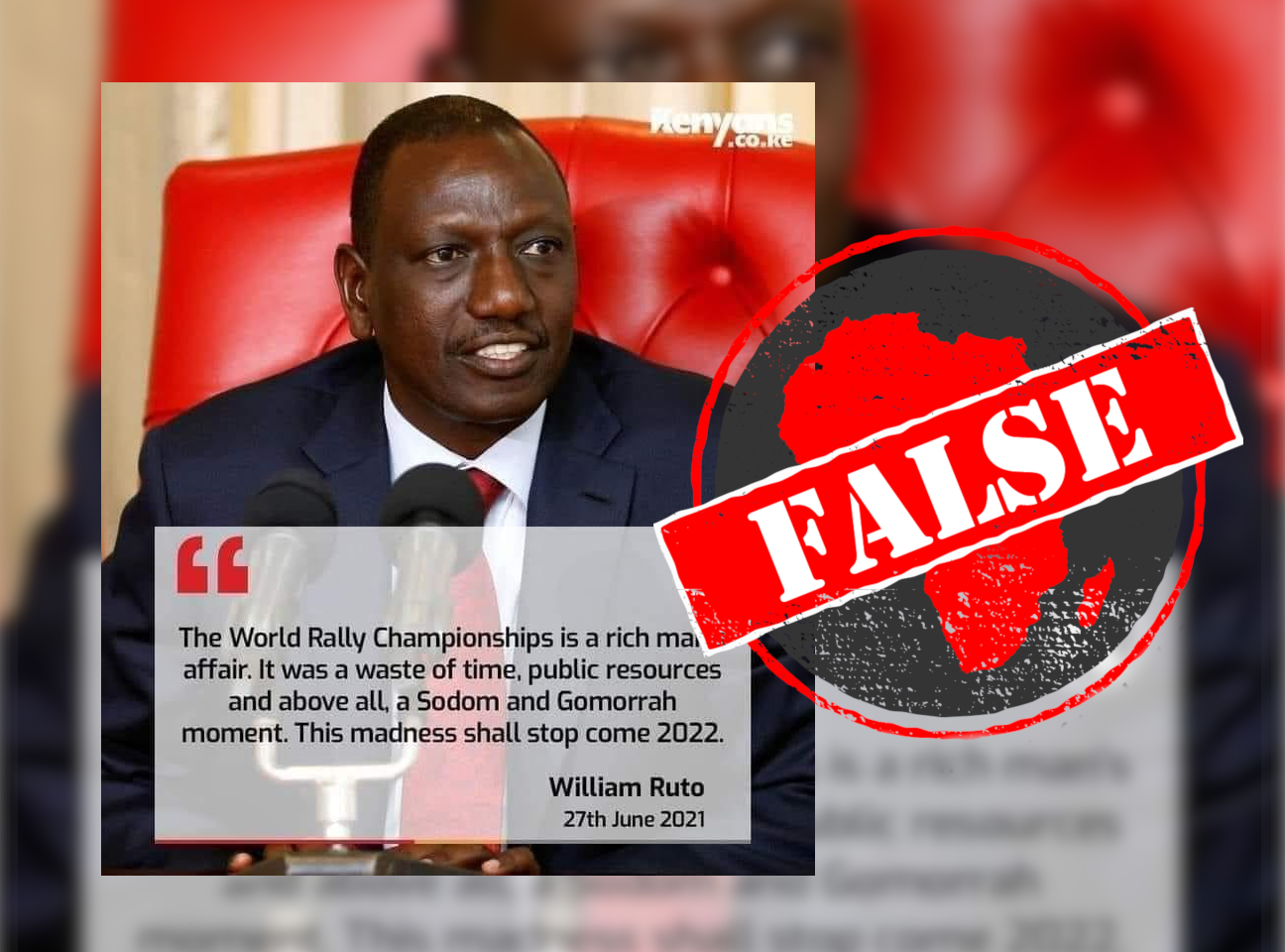 We checked his posts on the platforms and found no such comment. Similarly, after searching for the exact words on Google, we came out empty.

The quote also appears on a graphic with the logo of local media house Kenyans.co.ke.

We looked for the quote in the media outlet’s Facebook and Twitter platforms and landed on a notice that the graphic was fake.

“This quote did not emanate from our media house. It does not conform to the in-house branding rules and did not go through the multiple approval checks set in place to prevent misreporting. We, therefore, flag it as FAKE,” the media outlet posted.