Social media platforms such as Facebook are often used to raise funds for good causes, such as appeals for help with medical costs. But some users post fake fundraising appeals to scam people.

Soon after, a user on Facebook posted an announcement on a public Facebook group page with more than 91,000 members, asking for donations. A screenshot of the post has also been posted on the platform.

This translates as: “Send anything you have to this number 0729481197. Let's stand with the family of Mzee Mwai Kibaki ... and God bless you.” The post includes a photo of Kibaki.

But is the fundraiser for his family legit? 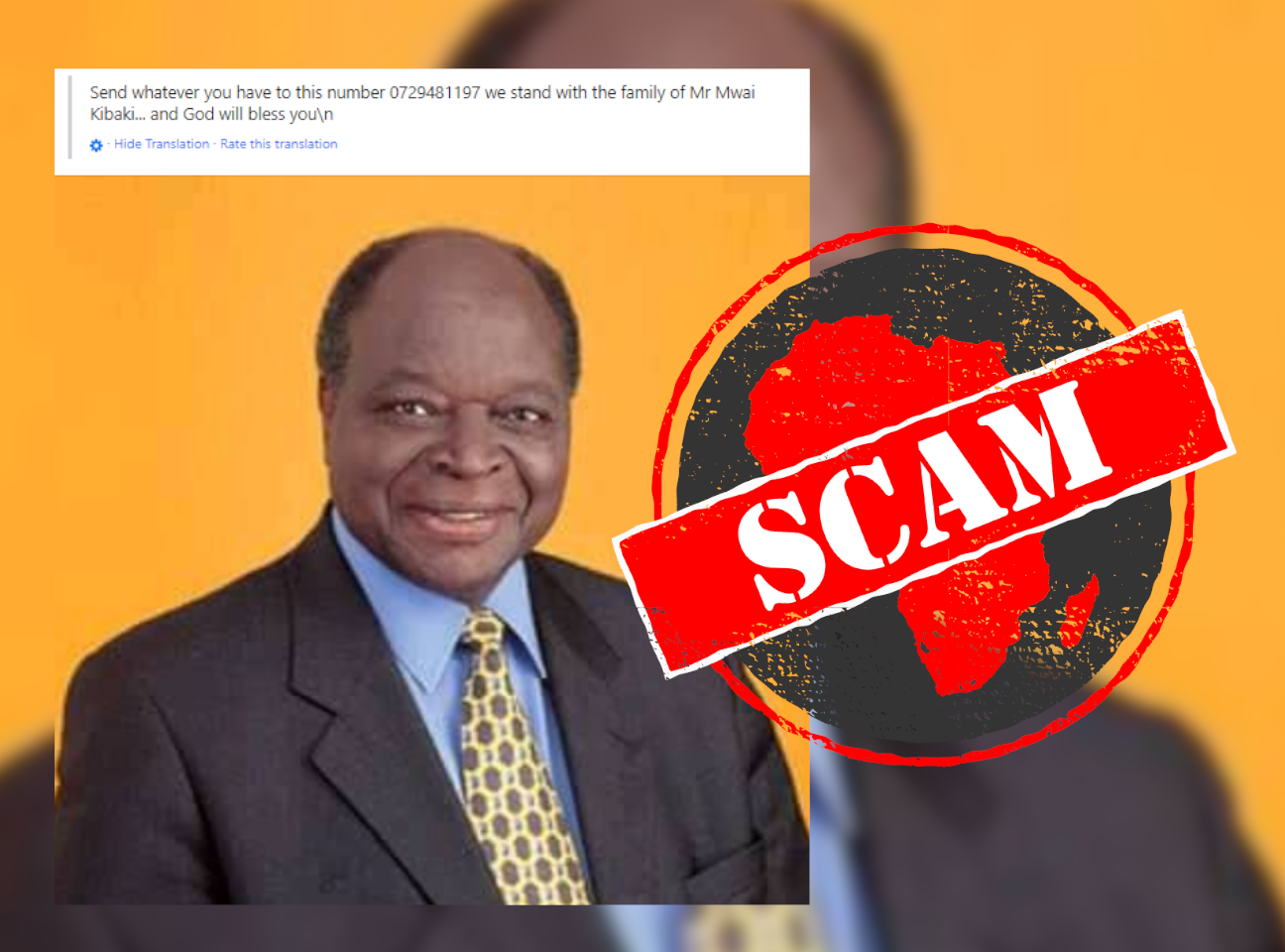 No announcement of fundraiser by government or family

We attempted to send a small amount to the number in the Facebook post to identify its owner on the M-Pesa mobile money platform.

The line is registered to “Zakary Wekesa”, not a known relative of the ex-president. The family spoke through Kibaki’s eldest son Jimmy Kibaki, and he didn’t make any announcement of a fundraiser.