Social media platforms such as Facebook are often used to raise funds for good causes, including appeals for help with medical care. However, some users use fundraisers to scam people.

One such scam was published in a public Kenyan Facebook group with over 55,000 members on 15 January 2022. The post includes a photo of a woman leaning over a person who appears to be lying in a hospital bed.

This translates to: “Everyone please pray for my mother, I don’t have anything else to do. She has blood inside her brain, she is not aware of herself and she cannot breathe on her own. I am her only child. I am only 24 years old!! Please, I need my mother, she is my everything. I am asking for KSh 250,000.”

The post instructs people to pass the message on to prayer groups and gives a name and cellphone number for money transfers.

But is the appeal legitimate? We checked. 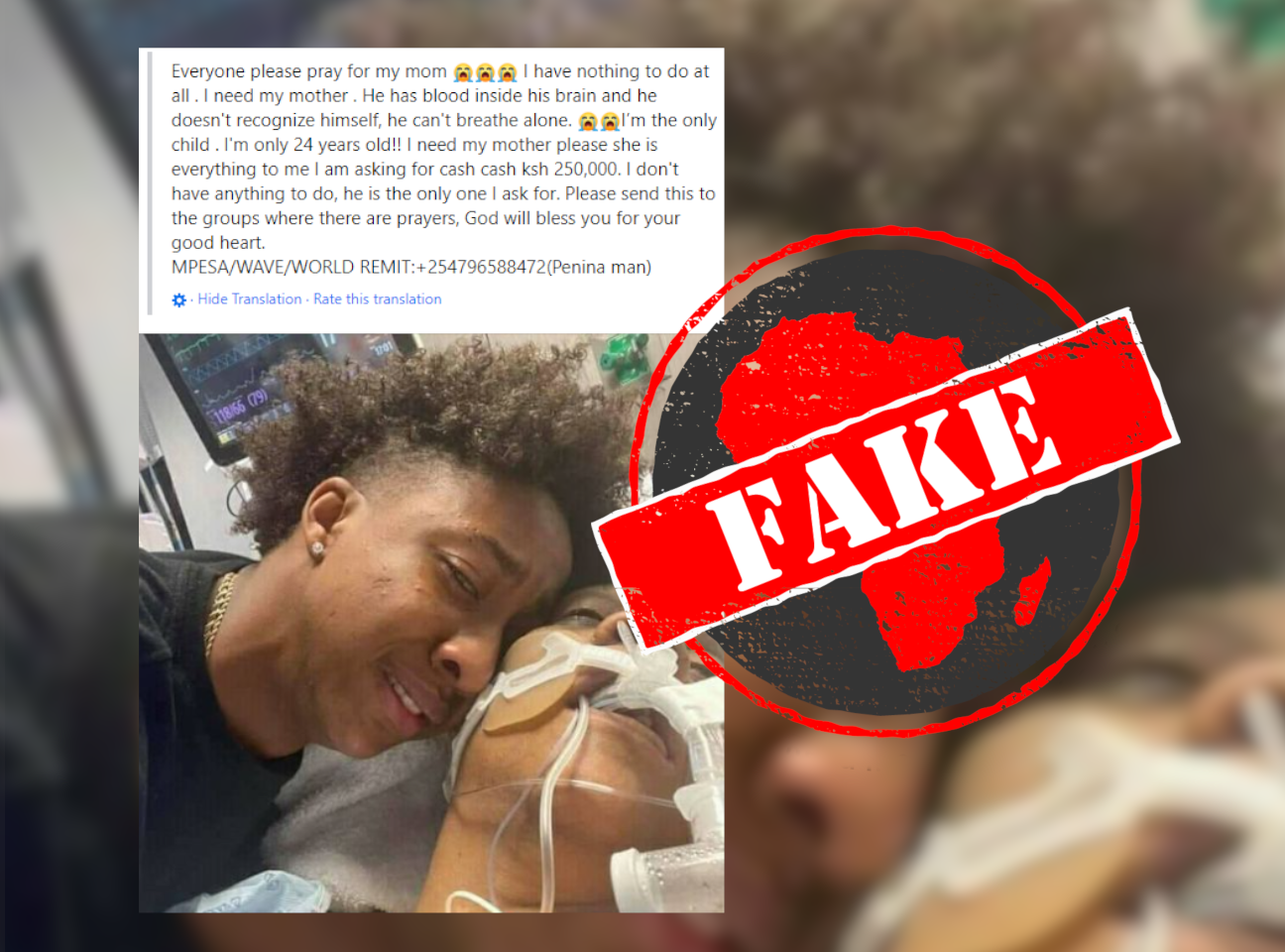 An image search of the photo revealed that it was first shared to Facebook in November 2018, though we could no longer access the original.

We then searched Google for phrases in the English translation of the post and found a webpage with the same photo and a very similar message. But it was posted on 29 March 2021, when it was also posted on Twitter.

It was posted again on 3 May on a Facebook page with 717,000 followers without a caption. In the comments, people prayed for “healing”.

We found three more posts exactly like it, posted in March, September and November 2021. The posts all include the same photo and ask for “prayers” but don’t request any money.

That there are so many similar posts and that the photo first appeared online more than three years before the fundraising request is suspicious. If the same message appears in many places, over the course of a long time, it’s difficult to identify who is really making the request. This can be the sign of a scam.

The request for money gives a phone number and name, but we found that the same user had posted another money request on 23 January 2022 using the same number but a different name. This was a big red flag that the posts were both scams.

We then sent a small amount to the number to confirm its registered owner on the M-Pesa mobile money platform. And the registered name was again different – and this time a man’s name.

While we couldn’t trace whether the original posts asking for prayers were genuine, someone reposted this request with a phone number in an attempt to scam people. We could find no evidence the user had anything to do with the people pictured in the hospital.