Two photos of a yellow three-wheeler tuk-tuk – known as a tricycle, keke and by many other names – has appeared in many Facebook posts with a claim it was made in Nigeria’s southeastern city of Aba, the commercial centre of Abia state.

“THE IGBO MAN KNOWS HOW TO USE HIS BRAIN VERY WELL. 7 SEATER KEKE MADE IN ABA. CHECK THIS OUT,” one caption to the photos reads.

Aba has a reputation for manufacturing and commerce. It’s populated by the Igbo people, like other parts of Nigeria’s south-east geopolitical zone.

But was the three-wheeler really made in Aba by Igbo people? 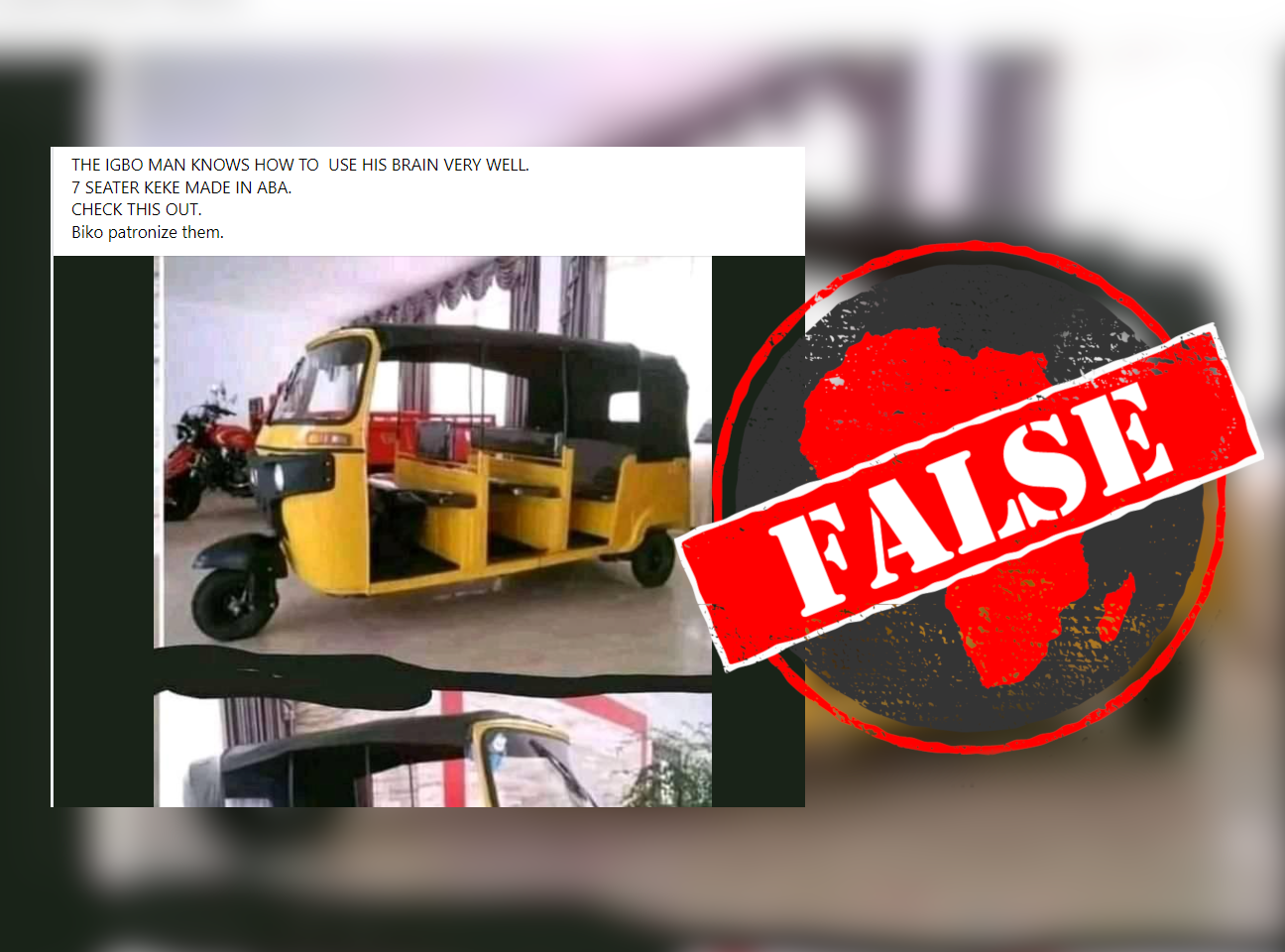 A Google reverse image search reveals that the photos were originally posted on Alibaba, a popular Chinese e-commerce website.

The version on Facebook has been doctored, with the Alibaba URL blacked out. The undoctored version would have raised doubt about the made-in-Aba claim.

“Hot sale 2017 wholesale price 4 passengers three-wheeler taxi motorcycle for sale in Ethiopia,” the headline on the sales page reads. The price is from US$1,500 to $1,700.

Product information shows that these types of tuk-tuk were manufactured in Chongqing, China, under the brand name of Dayang.

Another sales page with the same photo suggests the three-wheelers were also sold in Bolivia.

The tuk-tuk was not made in Aba, and seats four, not seven. The photo was doctored to conceal evidence it was sourced from Alibaba.

In arguing that taxi drivers should be considered essential workers when Covid-19 vaccines are rolled out, the taxi industry claimed it tran...

Has ‘super’ minister been handed nearly half of Kenya’s development cash?

‘Ignore it.’ Facebook ad for jobs at South Africa’s transport department ‘is a scam’