English comedian Rowan Atkinson has died, claims a graphic circulating on Facebook in South Africa in May 2021.

Atkinson was born on 6 January 1955, in England. One of his most famous roles is as the inept Mr Bean, in the so-named TV series and two following movies, Bean and Mr Bean’s Holiday. 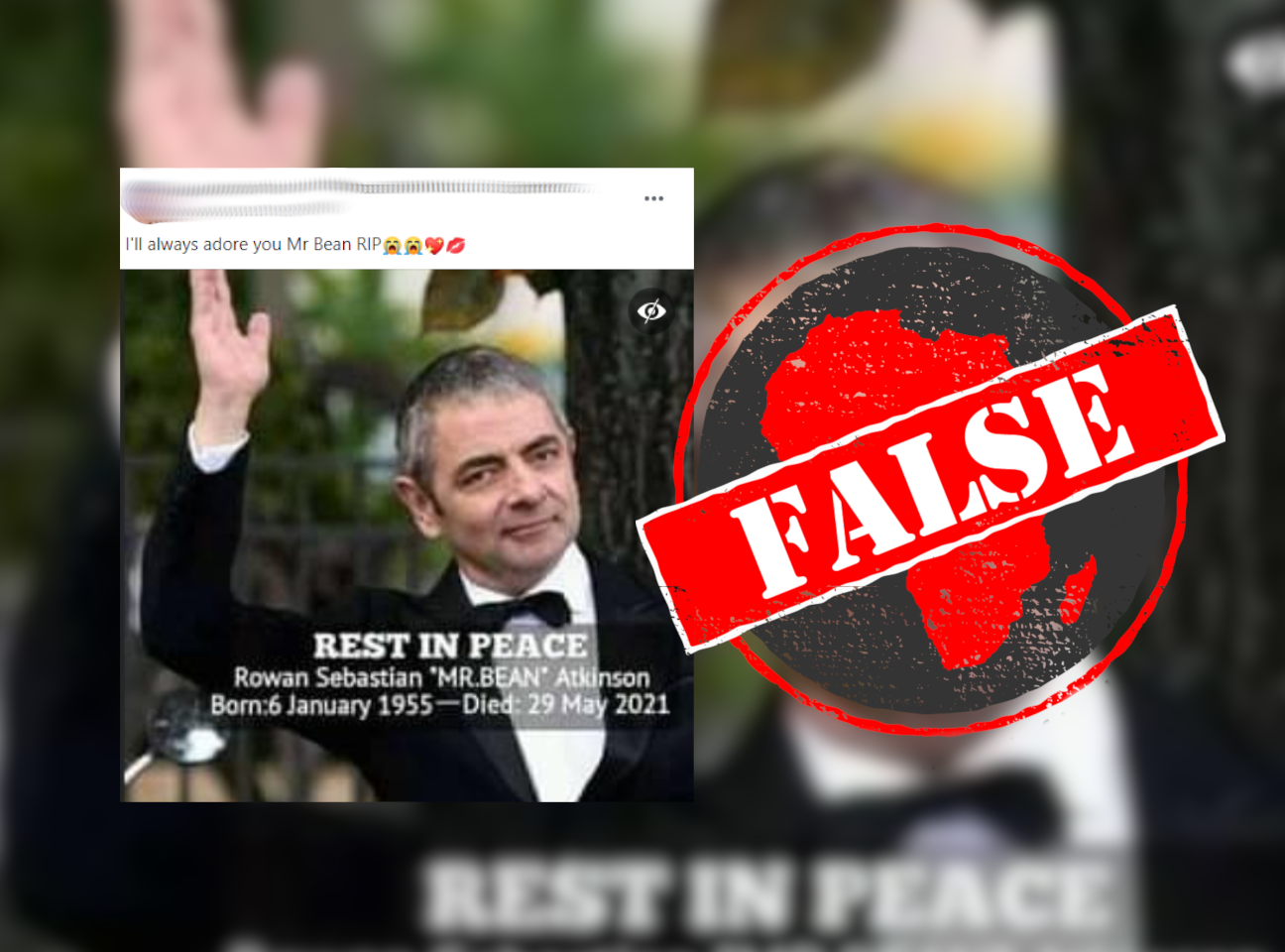 They have even been used in a video that, when opened and its prompts followed, spreads a computer virus.

But the rumours are false. Fact-checkers at AFP reached out to PBJ Management, Atkinson’s talent agency, who dismissed the claim.

“I can confirm he’s alive,” a spokesperson for PBJ Management told AFP on 1 June 2021 – three days after the graphic says he died.

And there have been no credible media reports of his death. Given Atkinson’s fame, his death would have received wide media coverage.