A Facebook page shared a photo with the claim it shows a statue of Kenyan president Uhuru Kenyatta being unveiled in South Africa’s Limpopo province.

“Statue of Uhuru Kenyatta unveiled in Limpopo,” the caption reads. The claim was posted on a page with more than 88,000 followers.

Other users were quick to post the photo on their timelines, with the same claim.

The photo was also posted on Facebook groups with a combined followership of some 89,000.

But does the photo show a statue of Kenyatta being unveiled in South Africa? We checked. 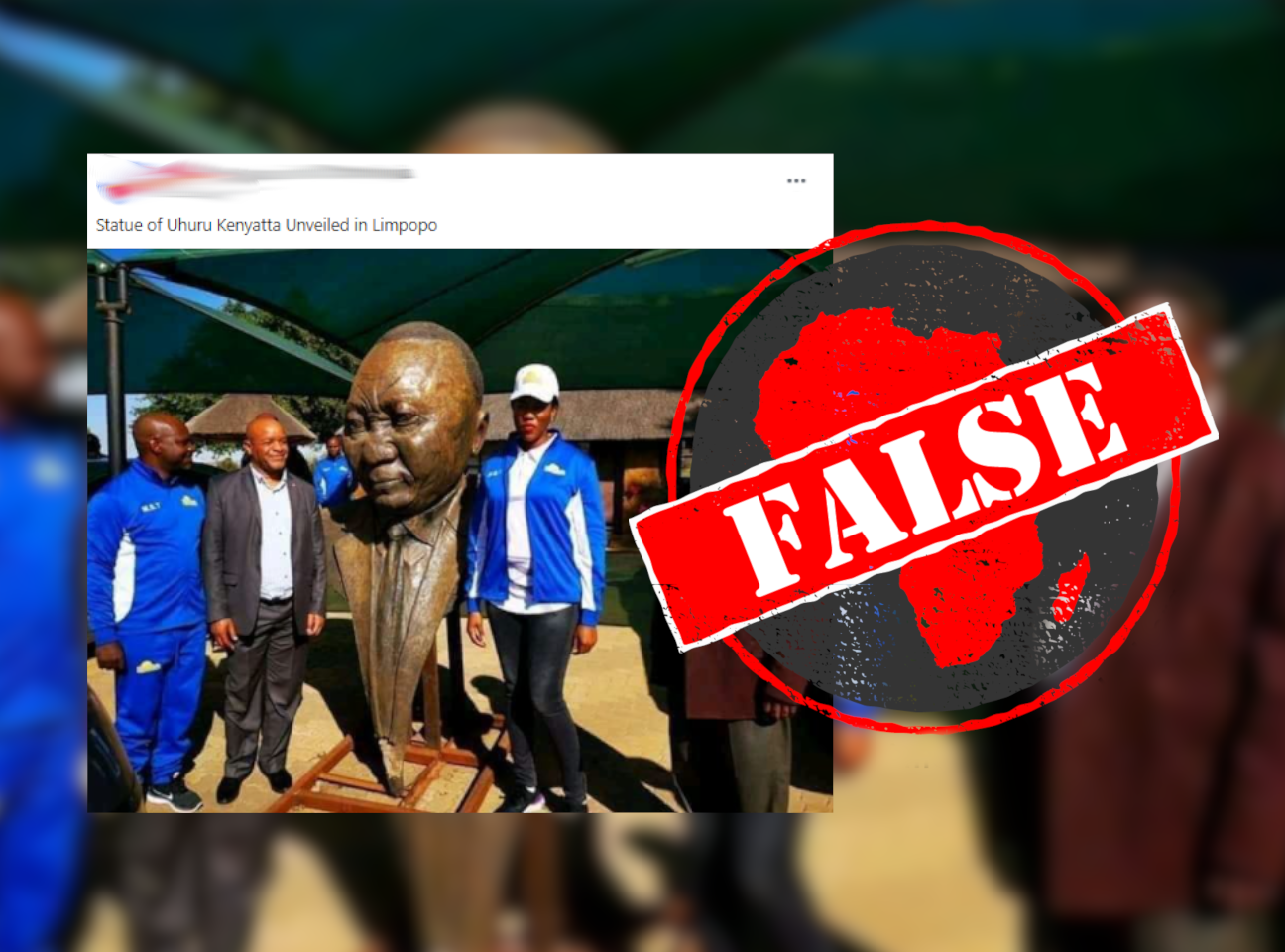 Considering the significance it could have had, the photo would have attracted local media attention. There has been no local media coverage on the claimed unveiling.

A reverse image search reveals that the photo has been online since at least 23 June 2019. It shows a sculpture of South African president Cyril Ramaphosa.

According to the South African, in an article published in June 2019, the sculpture is real but not new.

It quotes Thandi Moraka, the Limpopo provincial minister for sports, arts and culture, as saying the sculpture of Ramaphosa was crafted in 2018.

The publication explained that she said it was given to the Venda king, Toni Mphephu Ramabulana, as an honorary gift.

“The sculpture of the president was done last year by an emerging artist from Tshisahulu in the Vhembe District as a gesture to the president and also trying to showcase his God-given talent. All these artworks are at the Matsila Royal Kraal and the Chief did not even pay a cent to this artwork,” another publication, the Citizen quoted her as saying.