Suspects in Equity Bank robbery in Kisumu, Kenya, in 2021? No, still from CCTV footage of 2018 heist in Nigeria

The day after an attempted heist at a branch of Equity Bank in Kenya’s southeastern city of Kisumu in November 2021, a grainy photo of four men, two of them holding AK-47 rifles, started circulating on Facebook with the claim it showed the robbers.

One caption to the photo reads: “CCTV Footage Uncovers Faces Of 4 Robbers Who Raided Equity Bank In Kisumu, This are not ordinary robbers.”

The photo also appears in an article on Sonkonews under the headline: “CCTV Footage Uncovers Faces Of 4 Robbers Who Raided Equity Bank In Kisumu”. It’s been posted with the claim on a blog, and on Facebook pages with combined followers in the tens of thousands.

But is the photo really a frame from CCTV footage of the Equity Bank raid in November 2021 and which captured national attention? 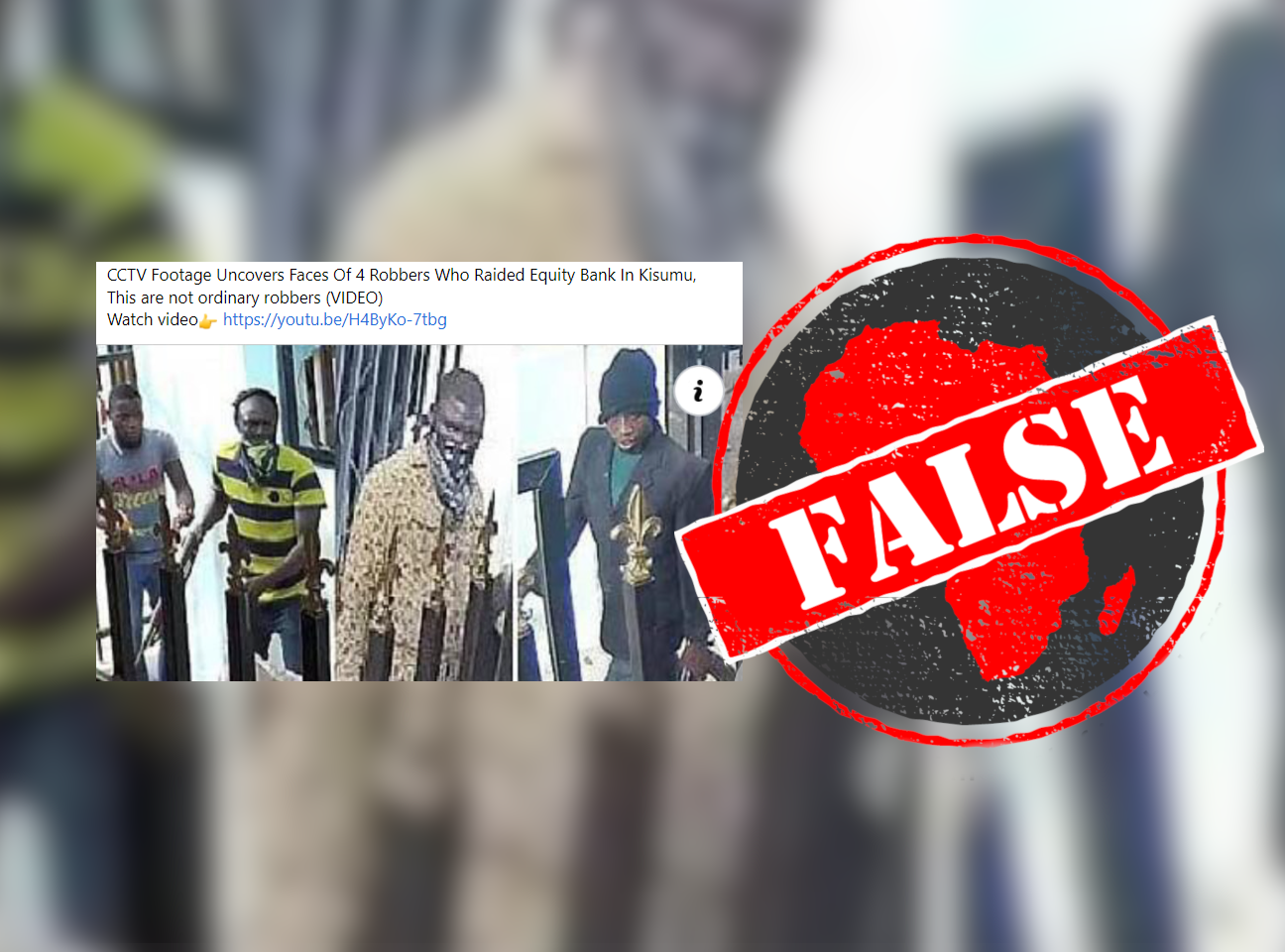 A reverse image search reveals that the photo is at least three years old.

It appears in a May 2018 article on the site Africa News, headlined: “Nigeria police reveal faces of wanted bank robbery masterminds”.

“The Nigerian police force have released close circuit television (CCTV) footage of robbers who attacked a bank in the town of Offa in central Kwara State in early April,” the article reads. Kwara is in western Nigeria.

The article includes a tweet by the Nigerian police, showing four other photos of the suspects.

FOUR (4) GANG LEADERS AND PRINCIPAL SUSPECTS WHOSE PICTURES ARE ATTACHED ARE HEREBY DECLARED WANTED BY THE NIGERIA POLICE FORCE FOR BEING RESPONSIBLE FOR THE OFFA BANKS ROBBERY. pic.twitter.com/8wpJKl7g1o