Is there finally a cure for HIV? No, not for most people

“Apparently HIV cure has been found,” reads a South African Facebook post shared over 3,600 times in just a few days.

The 16 February 2022 post echoes similar social media statements, following a widely reported news story that the first woman had been “cured” of HIV.

HIV, or the human immunodeficiency virus, targets the immune system by destroying CD4 cells, a type of white blood cell that plays an important role in fighting off disease. This makes the body more vulnerable to many other illnesses.

Without treatment, the immune system can become weak and the person may develop Aids, or acquired immunodeficiency syndrome, the most severe stage of the infection.

According to the latest available data from South Africa, in 2021 around 8.2 million people – 13.7% of the population – were estimated to have HIV. Globally, more than 37 million people live with the virus.

Though current treatments for HIV are extremely effective and vaccine trials have been started, to date there has been no widely accessible cure available for HIV.

So have scientists finally found a cure? We checked. 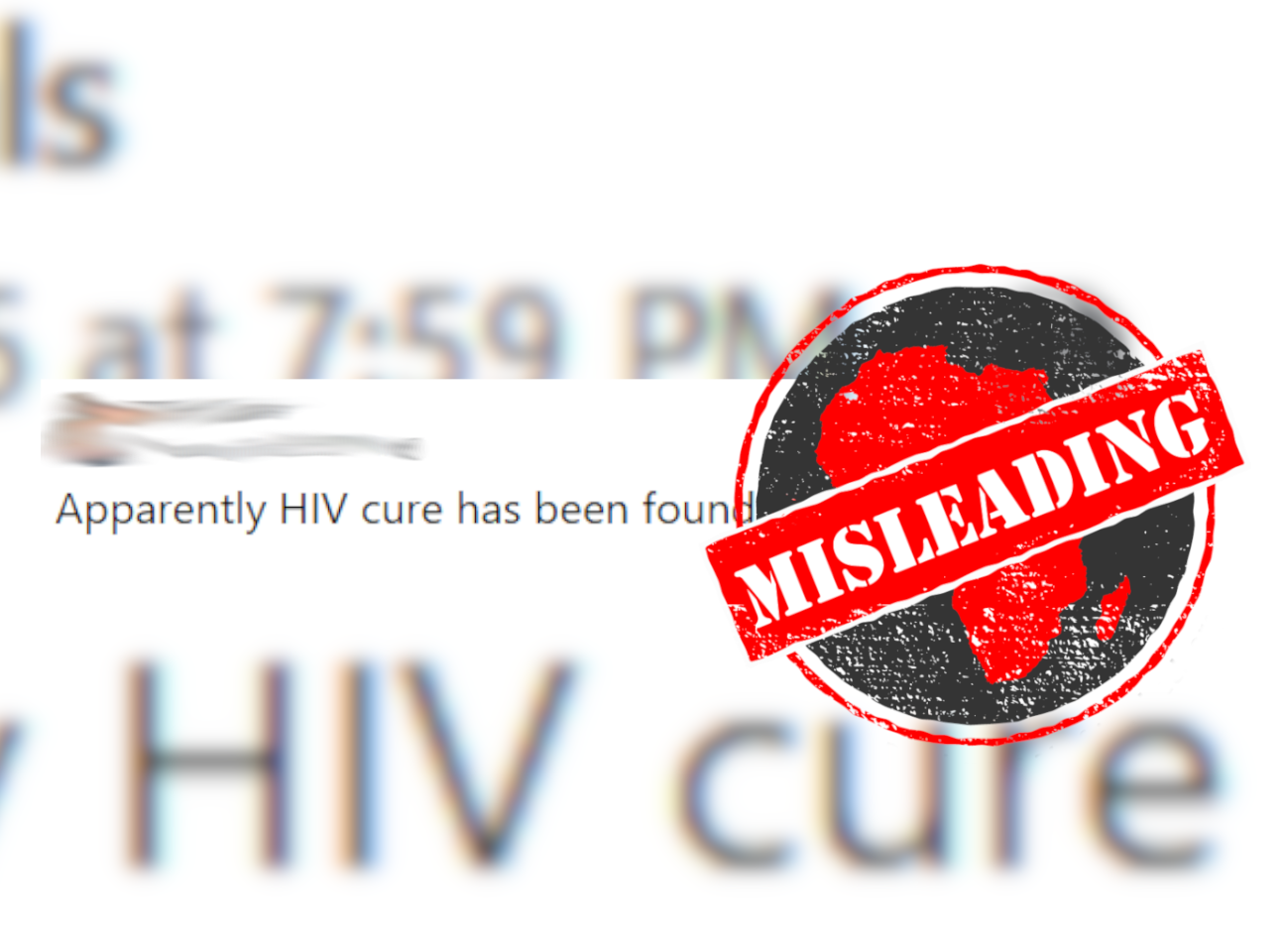 The Facebook posts came after a news story out of the US about results of an ongoing study looking into HIV and stem cell transplants.

At a February 2022 conference, researchers announced that the first woman, and third person ever, had been in remission from HIV after a stem cell transplant.

The woman had stayed in remission, without the need for antiretroviral (ARV) treatment, for 14 months.

Remission is a term most commonly used for cancer patients but means that a disease can no longer be detected in the body.

The woman, known as “the New York patient”, and two men before her – the “Berlin patient” and “the London patient” – were all HIV-positive but received stem cell transplants to treat leukaemia, a cancer of the blood. The donor cells had a genetic mutation that also made the patients effectively resistant to HIV.

Cure still out of reach for majority living with HIV

In a statement following the release of the study’s results, Sharon Lewin, president-elect of the International Aids Society, said this news “confirms that a cure for HIV is possible and further strengthens using gene therapy as a viable strategy for an HIV cure”.

But there’s a catch. According to one researcher from the study, the treatment was only accessible to around 50 people a year who had both blood cancer and HIV. This meant a cure for the virus remained out of reach for the vast majority with HIV. This was confirmed by Lewin.

There is still no cure for most people living with HIV. But it is important to remember that with antiretroviral treatment, the impact of HIV on the body can be minimised. ARVs keep the amount of virus in the body low and the number of CD4 cells high.

Consistent, daily use of ARVs can even reduce the amount of the virus so much that it is undetectable by tests, a phenomenon called viral suppression. This greatly reduces the virus’s impact on the body and minimises the chances of transmitting the virus to others.

Daily use of ARVs is still the best way to stay healthy and keep others safe if you are HIV positive.