‘There will be no World Cup to talk about’? No evidence Putin threatened 2022 Fifa event after Russia’s suspension

Russian president Vladimir Putin has threatened the 2022 Fifa World Cup, according to a graphic circulating on Facebook in several African countries since early March 2022.

It quotes Putin as saying: “Russia will play at the Qatar 2022 FIFA world cup or there will be no world cup to talk about.”

Above the quote is a photo of Fédération Internationale de Football Association (Fifa) president Gianni Infantino holding the World Cup trophy while Putin looks on.

The Fifa World Cup is a global event in which national football teams compete for the championship title. The 2022 tournament will be held in the small Middle Eastern country of Qatar from 21 November to 18 December.

But did Putin really say that Russia will play at the event, or “there will be no World Cup to talk about”? We checked. 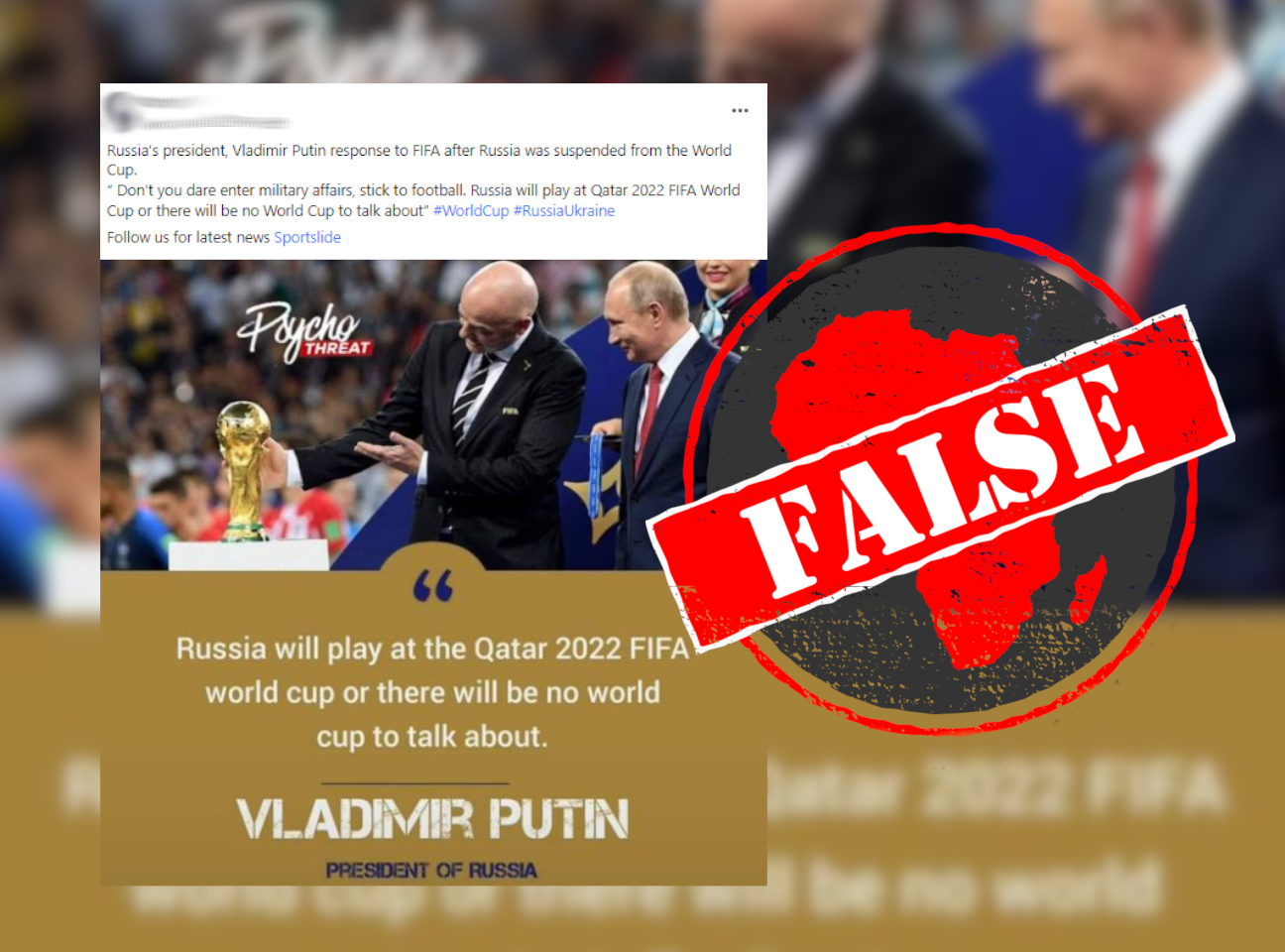 On 28 February, Fifa released a joint statement with Uefa, the Union of European Football Associations, announcing that all Russian teams will be suspended from participating either organisation’s competitions “until further notice”.

This was in response to Russia’s invasion of Ukraine.

The Russian Football Union (RFU) has appealed the decision in the Court of Arbitration for Sport in Lausanne, Switzerland. In its statement, the RFU claimed that Fifa and Uefa’s decision “violated the fundamental rights of the RFU as a member of Fifa and Uefa, including the right to participate in competitions”.

But the statement does not mention any comment by Putin or threats to the 2022 World Cup in Qatar.

We have also not been able to find any credible reports of Putin saying this. If he had, it would have been global news.

There is no evidence that Putin has made any statement threatening the 2022 Fifa World Cup in Qatar.