The coalition is led by Raila Odinga, head of Kenya’s Orange Democratic Movement and a presidential candidate in the 9 August general elections. Odinga has the backing of current president Uhuru Kenyatta.

Odinga’s rival for the top job is deputy president William Ruto, leader of the United Democratic Alliance (UDA) and the Kenya Kwanza coalition.

Soon after Karua’s announcement, a screenshot of what seems to be an NTV Kenya broadcast started circulating on Facebook. It shows a worker cutting down a tree with a chainsaw.

The NTV logo appears at bottom left. Text next to it reads: “RUTO APIGWA MITI!” That’s Kiswahili for: “Ruto is whipped.”

The screenshot seems to refer to a speech Francis Atwoli, secretary-general of the Central Organization of Trade Unions, gave in February.

Atwoli said Odinga would deliver a “humiliating” defeat to Ruto in the presidential election. “Cut down all trees,” he reportedly said. “Let no tree be available as [Ruto] might commit suicide on the evening of August 9. Cut down the trees.”

Africa Check counted at least 60 instances of the screenshot posted on Facebook.

But did NTV Kenya report that “tree cutting activity” was underway at the deputy president’s home after Narc-Kenya joined his rival’s coalition? We checked. 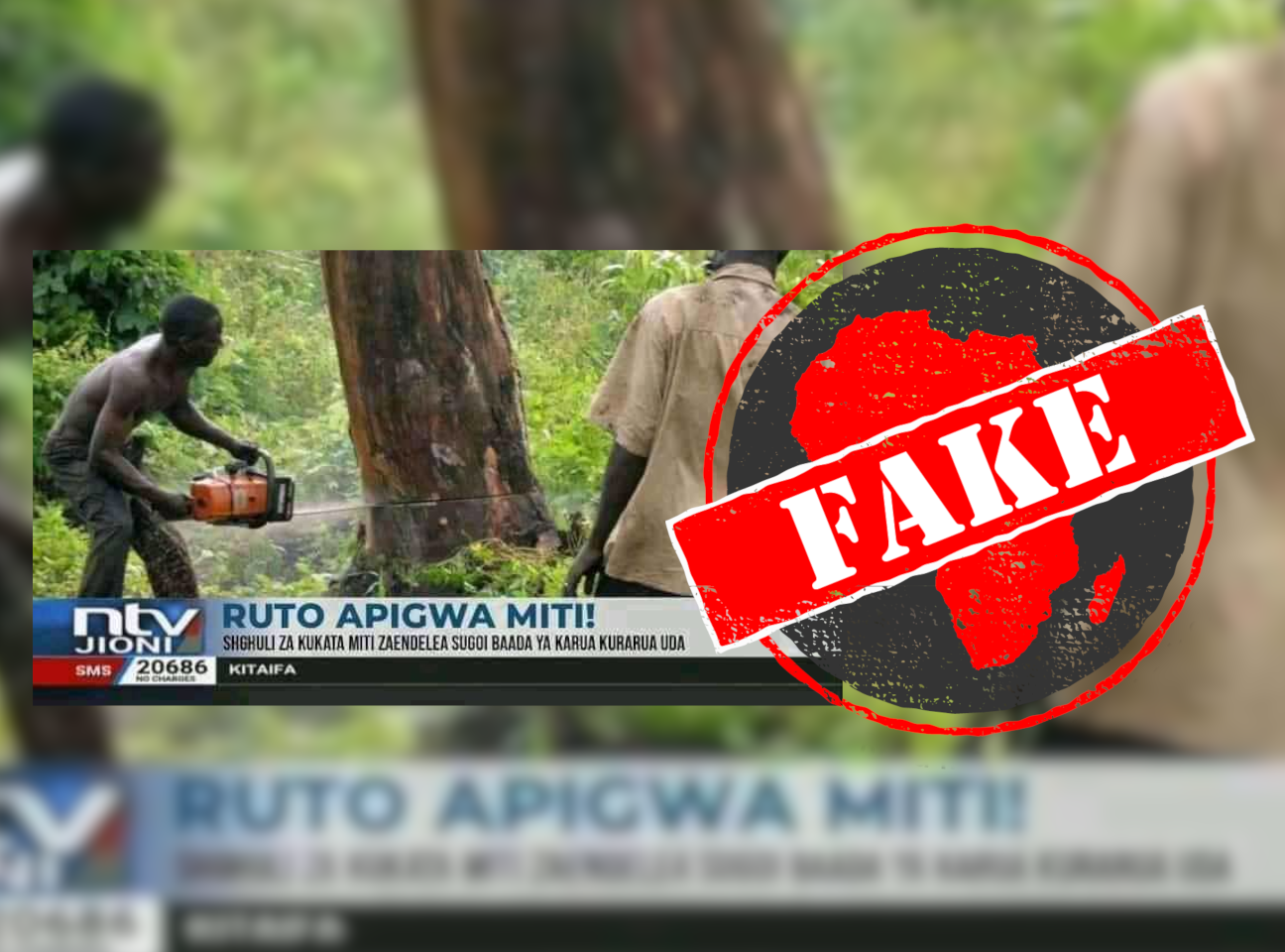 Africa Check searched NTV Kenya’s YouTube channel for any video the screenshot could have been taken from on the day Karua joined the coalition, and came up empty.

A reverse image search of the photo in the screenshot, of a worker cutting down a tree, reveals that it’s almost 10 years old and not from Kenya. It was first published in a July 2012 article on the New Humanitarian website.

Here its caption reads: “Unscrupulous loggers are cutting down forests indiscriminately in Uganda.”