As rumours spread in mid-March 2021 that Tanzanian president John Pombe Magufuli was sick or probably dead, a grainy video of the president giving a speech was posted on Facebook.

“Breaking news Magufuli is alive, warns those spreading fake news about his death,” the video is headed. It has been viewed at least 279,000 times since it was posted on 14 March.

Magufuli died on 17 March, according to an announcement by then-vice president (now president) Samia Suluhu Hassan.

In the video, Magufuli appears to lash out at people spreading false news of the death of senior government leaders.

This translates as: “There have been false reports announcing the death of prominent people. That so and so has died, that dignitaries have died or are sickly. These are strange things. It has reached a point where Tanzanians wish each other death. This is strange love.

“Then again, when this type of news is spread, there are careless people who get excited by them.  Patriotism is diminished. I urge you Tanzanians and all journalists, let's be patriotic to our country in whatever we do. It's only us who can build our country.” 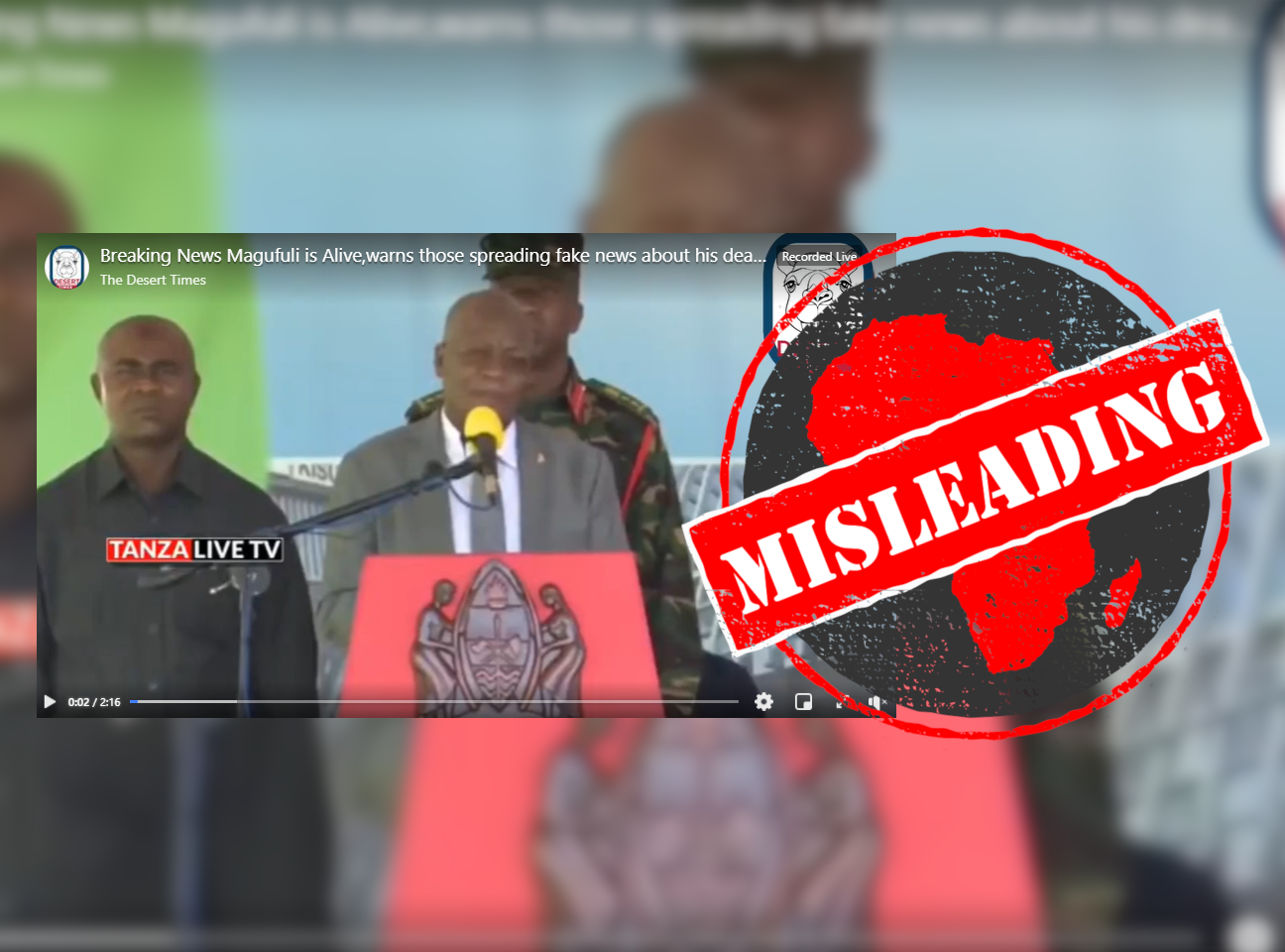 Video shot the month before

But the video was not shot on or around March 2021. A reverse image search reveals that it was posted online a few days before Magufuli’s disappearance.

The original, longer video was first published on 25 February. Magufuli was last seen in public on 27 February 2021, and his absence fuelled rumours of his death.