South Africa’s Gauteng and KwaZulu-Natal provinces have been rocked by days of looting, protests and violence in July 2021.

The initial protests were spurred by demands that former president Jacob Zuma be released from jail following a 15-month sentence for contempt of court.

The government deployed the South African National Defence Force, or SANDF, to some areas affected by the protests on 12 July.

A video posted on Twitter the same evening shows brown tanks and trucks parked on the side of a highway.

“Now things are getting interesting,” the tweet reads. It goes on: “sheeps will be dealt with by the #SANDF #FreeZumaNow #ZumaUnrest #JacobZuma no thug will be released from prison cause of thugs”.

Does this video show the South African army deployed in July 2021? We checked. 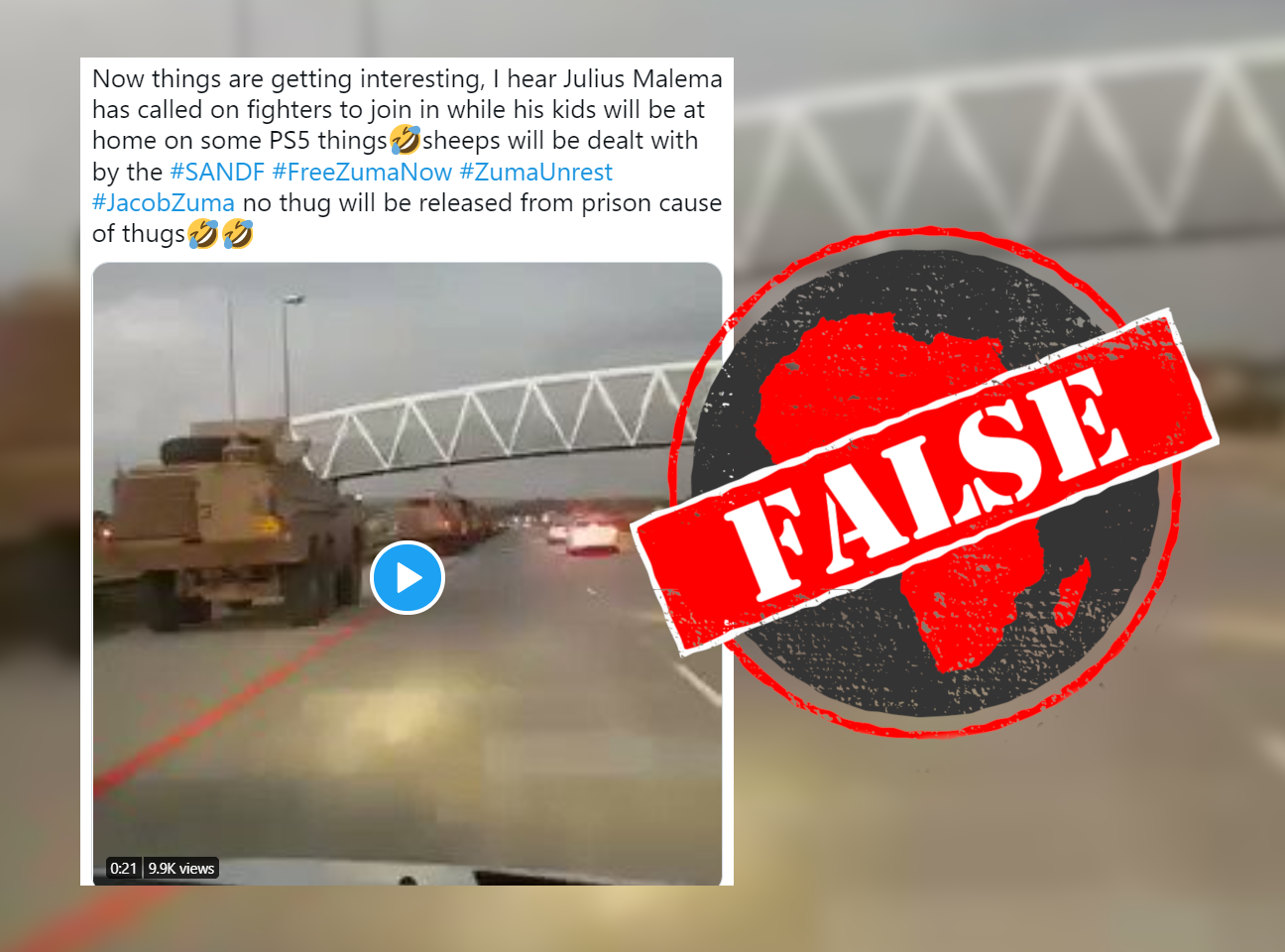 This tweet reads: “There is like 40 Military Army vehicles on the M1 North Highway. It so scary and damn cool at the same time. #SANDF #SAMilitary.”

The M1 is a major highway in Johannesburg, South Africa’s largest city, running roughly northeast from the southwest of the city.

One reply suggested that the vehicles were heading for Polokwane for Armed Forces Day, held annually on 21 February though not a public holiday. Polokwane is a city some 300 kilometres further northeast of Johannesburg.

Another comment on a different post of the same video also claimed that it was an old video of an “army convoy [that] was on their way to Polokwane for Armed Forces Day celebration”.

Videos and photos of the 2020 Armed Forces day, held in Polokwane, show similar vehicles to in the video.

Using Twitter’s advanced search functions we searched for tweets around this date and found the same video being shared in July 2021, but first posted on 24 March 2020.

A screenshot from the video was also featured in an article by the Digital Forensic Research Lab from 2 April 2020 about disinformation around the deployment of troops during Covid-19 lockdowns.

In this article, the video is described as a legitimate example of Twitter users noticing deployments.

But the video does not show the army deployed in the wake of protests in July 2021. It has been online since at least March 2020.