Viral photo shows second-deepest open-pit mine in world, not scary attempt to reach ‘through Earth’s crust’

A photo of what looks like an open-pit mine was posted on the Video UFO and Aliens Facebook page in December 2021, with the claim it shows “the deepest hole humans have ever dug”.

Text over the photo reads: “Russia tried to dig a hole through the Earth’s crust. They reached 40,230 feet and heard scary noises before they stopped. It is the deepest hole humans have ever dug.”

Some Facebook users commented that the post was inaccurate. One wrote: “This is the diamond mine. The deepest hole was abandoned cause it was too hard to drill through.”

But what’s the truth about this photo? We checked. 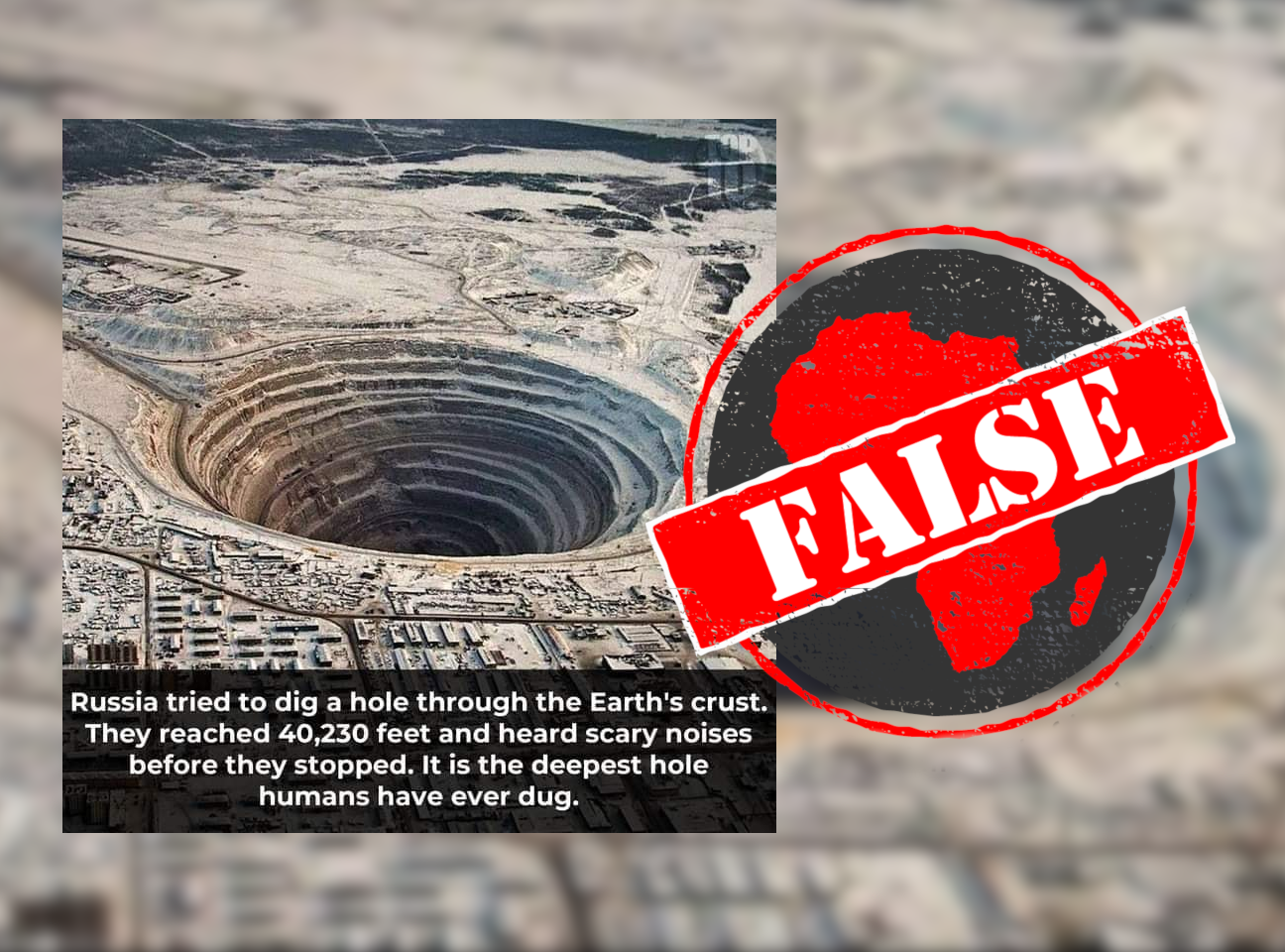 A reverse image search revealed that the claim posted on Facebook is untrue.

The website Weirdomatic included the same photo in an article published in June 2007, with the headline “Biggest Diamond Mine”.

The article says: “This diamond mine, the world's largest hole, located near the town Mirna in Eastern Siberia, has a diameter of 1.25 km and it's almost 525 meters deep.”

We searched for more trustworthy and up-to-date information on the mine. The proportions of the large quarry in Mirny, Russia have been corroborated by other news sources, including the British Broadcasting Corporation. It is 1.2 kilometres wide and 525 metres deep.

However, according to an entry in Atlas Obscura republished by Slate magazine in 2013, the Mir diamond mine, as it is known, is “the second-largest manmade hole in the world”.

Deepest open-pit mine in world in US, not Russia

The largest hole “dug by humans” appears to be a copper mine in the US state of Utah. It is known as the Bingham Canyon or Kennecott copper mine.

According to a 2020 Mining Technology article, the pit is 4 kilometres wide and 800 metres deep – deeper and much wider than the Mir mine.

None of the sources we could find about the Mir diamond mine in eastern Siberia, Russia claim the quarry is the deepest hole dug by humans.

(While the Kennecott mine is thought to be the deepest open-pit mine in the world, the honour of deepest operating gold mine falls to the Mponeng gold mine in Gauteng province, South Africa, which is a startling 4 kilometres deep.)

The aim at the Mir mine was to mine for diamonds, not “dig a hole through the Earth’s crust”. And no sources mention any “scary noises” heard from the hole.