“Vote for Ruto, I am tired,” reads a screenshot of what seems to be a tweet by veteran Kenyan politician Raila Odinga.

The screenshot has been circulating on Facebook since late October 202 – posted here, here and here.

The two are political rivals, and leading contenders for Kenya’s presidency in the country’s upcoming 2022 general election. 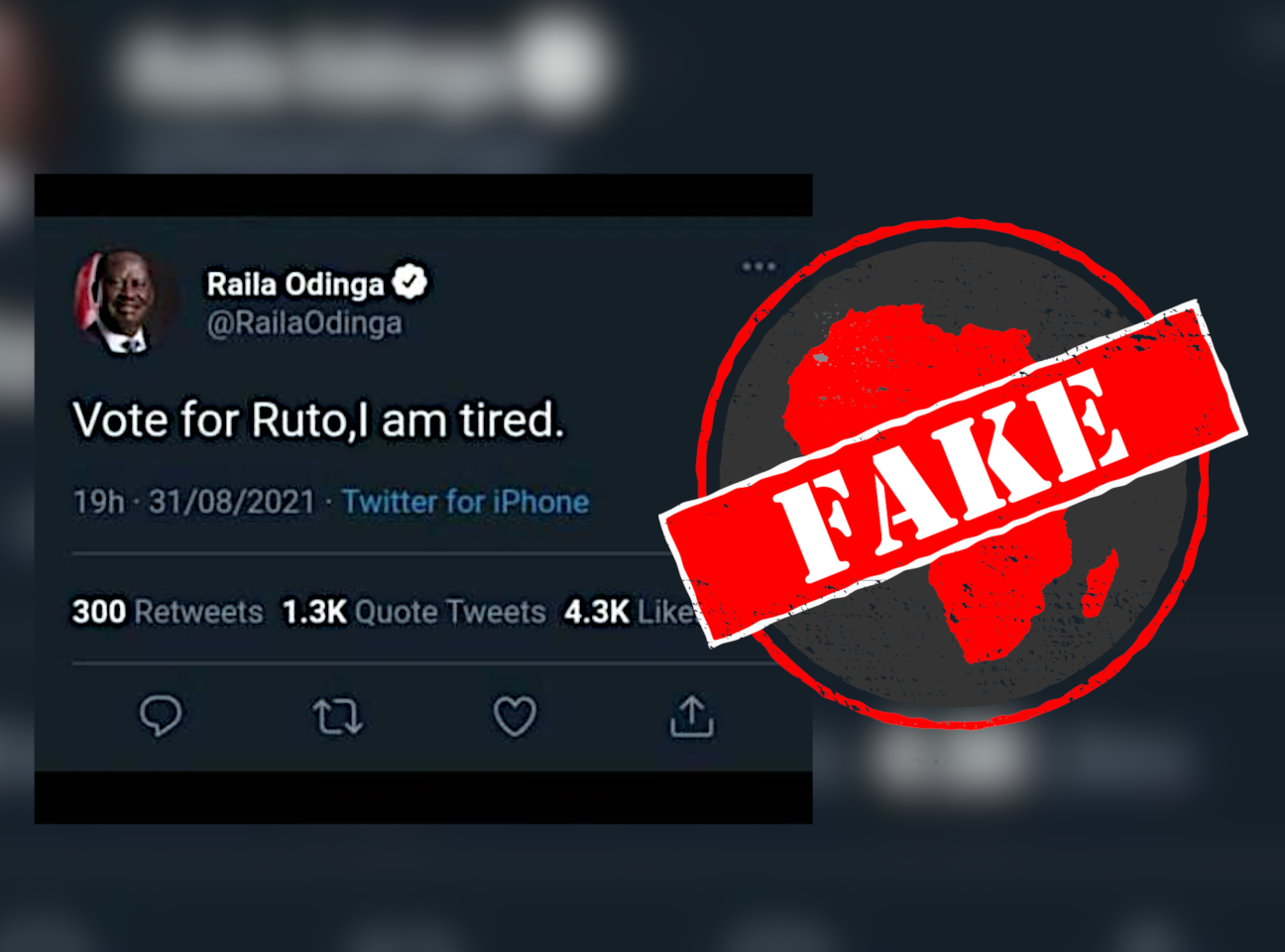 In a real tweet, the time is usually given in full, but in this tweet the time is written as “19hrs”.

We could not find the tweet when we searched for it on Twitter, and Odinga posted two tweets on 31 August 2021.

The opposition leader has not said Kenyans should vote for Ruto.