In early November 2021, an image that seemed to show a snake climbing the pole of a street sign for Raila Odinga Way went viral on Facebook, the day after the Nairobi road was renamed in honour of the Kenyan politician.

Odinga, leader of the opposition Orange Democratic Movement, is campaigning for the presidency in Kenya’s 2022 general election.

People sharing the image claimed that a snake climbing the street sign moments after its erection was “proof” that Odinga was associated with witchcraft.

“Witchcraft is real, Kenyans let us be careful on electing our leaders.its know clear that Raila Odinga is one of them.avoid him and Elect Hon Ruto man of God to save kenya,” one user posted in a group with more than 67,000 members.

Other posts claimed the image was evidence that Odinga had used other powers to protect the sign from destruction.

But is the image real? We checked. 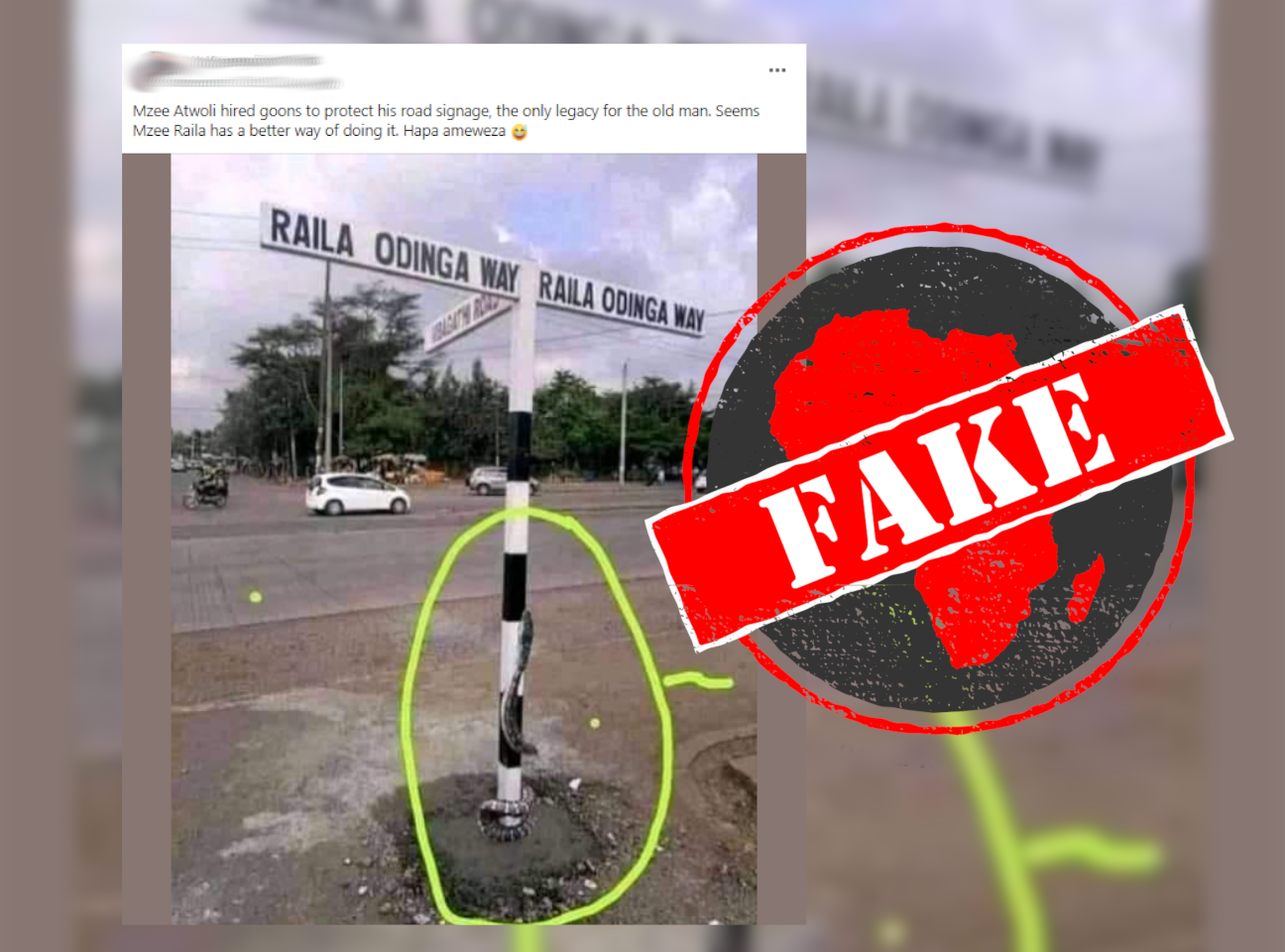 Africa Check ran the image through a reverse image search using the keywords “Raila Odinga Way”. This led us to the original photo – without the snake – posted on Twitter on 5 November.

Well deserved honour for a man who has sacrificed a lot for his country.Anaitwa Baba @RailaOdinga pic.twitter.com/GBqpKh7vNw

The original has the same background, with cars and a motorbike passing by, and is more clear.

The image doing the rounds on Facebook has been photoshopped.