The 22 March 2021 post includes a photo of what appears to be a tree with a giant, twisted trunk. The post says the tree was “a seedling 600 years before the start of the Egyptian calendar”.

It has been viewed 443,200 times since it was first published, but it was flagged as potentially false by Facebook’s fact-checking system.

We took a closer look. 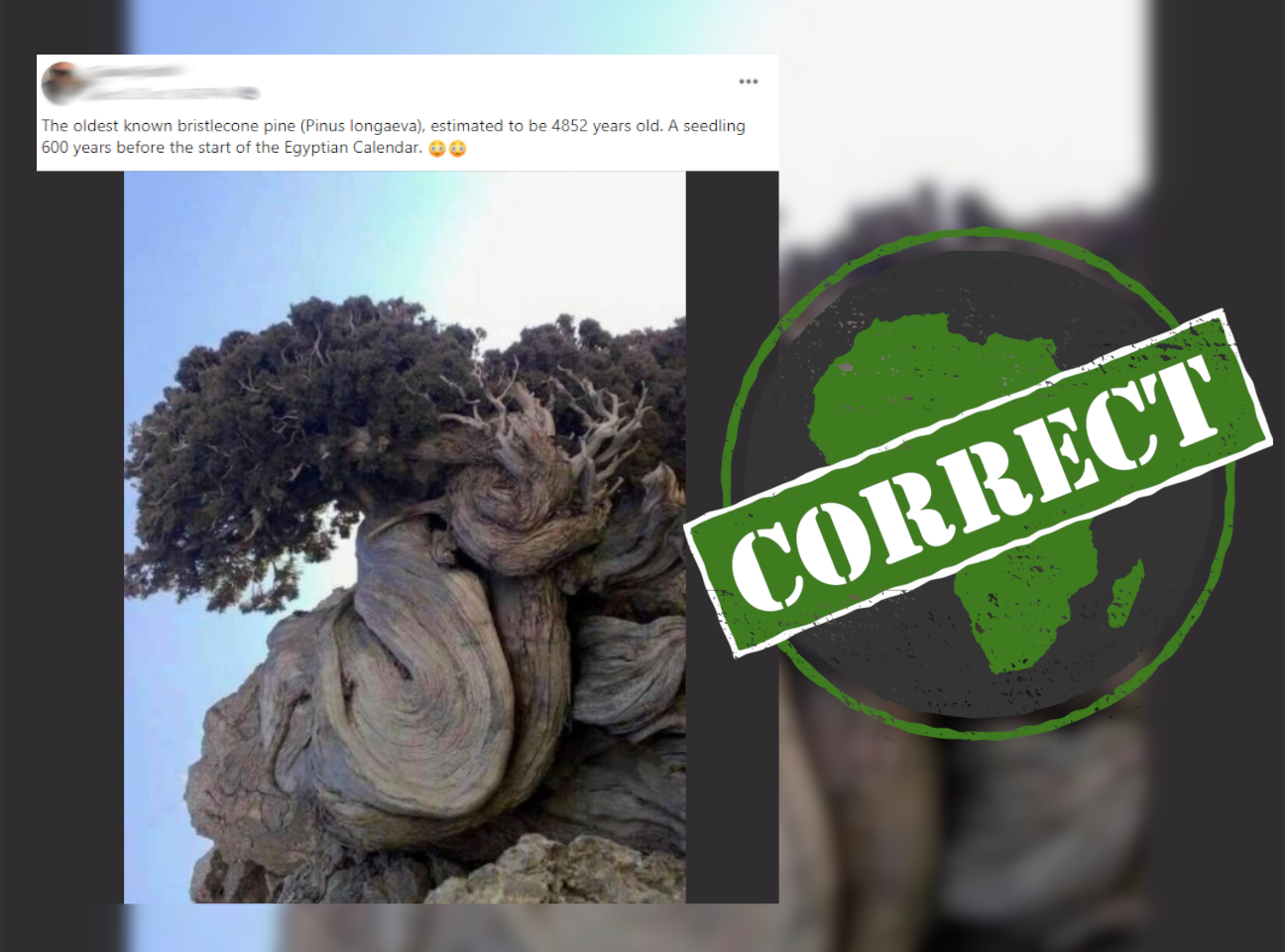 Methuselah is ‘oldest of all living things’

The bristlecone pine is a species of pine trees native to the Rocky Mountains in North America.

A reverse image search leads to a copy of the photo posted on social media site Pinterest in August 2018. A Pinterest post of the tree is captioned as “oldest tree”. It claims that the tree, named Methuselah, is a 4,852 year old Great Basin Bristlecone Pine.

“It is recognised as the non-clonal tree with the Greatest confirmed age in the World,” the post states.

According to the US Department of Agriculture (USDA), Methuselah is a bristlecone pine located in the Inyo National Forest in the state of California and it is believed to be “the oldest of all living things”.

The exact location of the tree is kept a secret in order to protect it from vandalism. And according to the New York Times, the forest service is so protective of the tree it will not share any photos of it.

So it’s unlikely the photo shared on social media is of Methuselah, and not another ancient bristlecone pine.

While Methuselah may not have predated the ancient Egyptian calendar, which is estimated to have started around 5,000 years ago, it is thought to be older than the Egyptian pyramids.