According to a graphic making the rounds on Facebook in South Africa, US actor Jack Black’s mother was an “American aerospace engineer”.

The graphic says Judith Love Cohen “helped create the abort guidance system which was used during the Apollo 13 mission to bring the astronauts safely back home”.

It goes on to tell that Cohen “went to work the day her son was born” and solved a complex problem while in hospital to give birth.

Black is most famous for his roles in the films School of Rock and Tenacious D in the Pick of Destiny.

But was his mother an aerospace engineer and is the wild tale of how he was born true? We investigated. 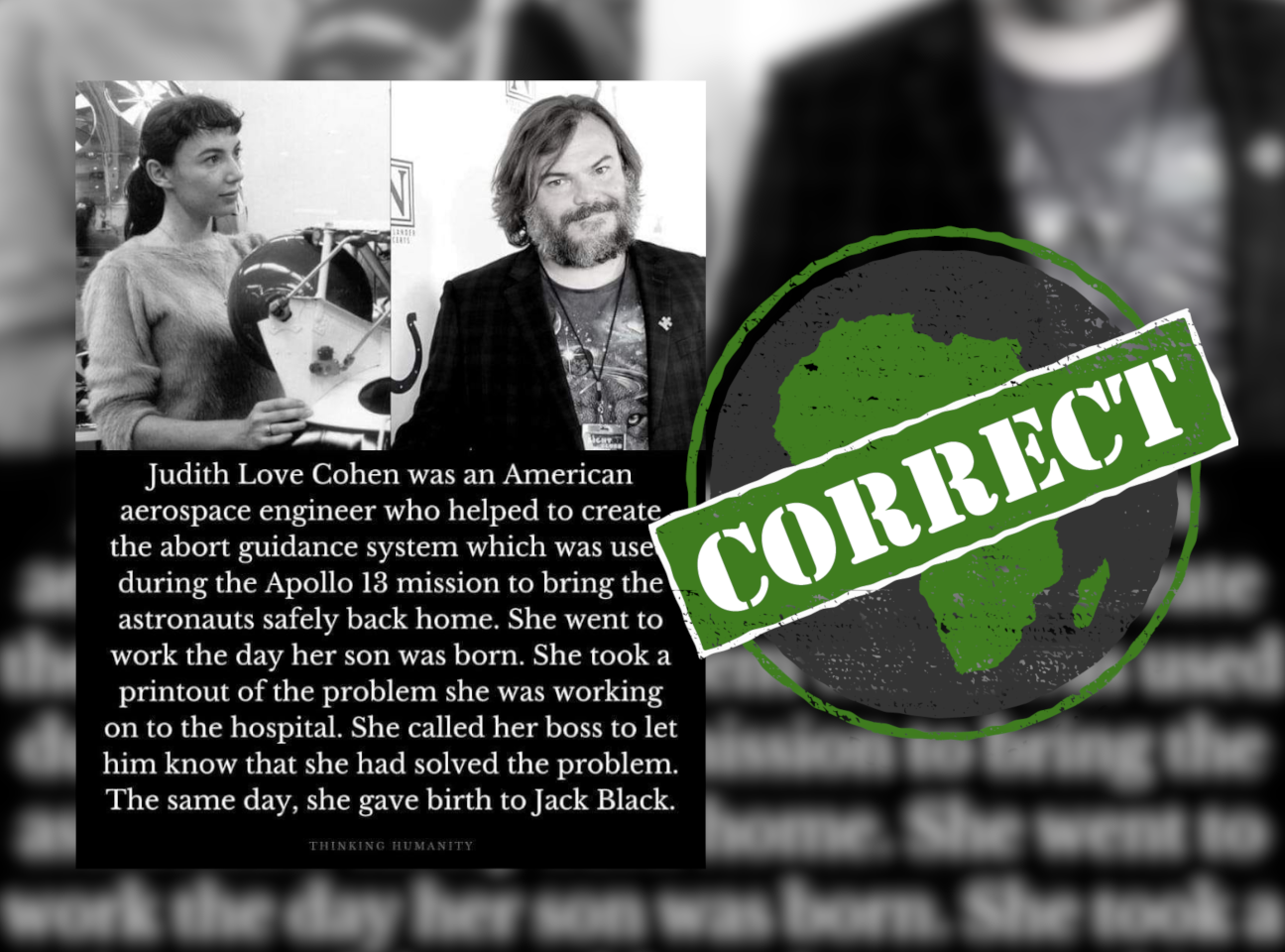 A reverse image search of the black-and-white photo in the graphic of a young woman led us to the actor’s verified Instagram account.

A quick search for “Judith Love Cohen” revealed an obituary written by Cohen’s other son Neil Siegel, half-brother of Jack Black, after her death in 2016.

Siegel is a professor of engineering management at the University of Southern California in the US where Cohen also used to work.

The obituary was posted on the university website and read: “My mother, USC alumna Judith Love Cohen Siegel Black Katz ... died on July 25, 2016, after a short battle with cancer. She was just a couple of weeks shy of her 83rd birthday.”

He writes that she “worked full-time as an engineer” and gives more details about the birth of her fourth child, Jack.

“She actually went to her office on the day that Jack was born. When it was time to go to the hospital, she took with her a computer printout of the problem she was working on. Later that day, she called her boss and told him that she had solved the problem. And ... oh, yes, the baby was born, too.”

Cohen was also, according to her son, part of the team “that created … the Abort-Guidance System in the Lunar Excursion Module for the Apollo space program”.

Cohen “considered her work on the Apollo program to be the highlight of her career. When disaster struck the Apollo 13 mission, it was the Abort-Guidance System that brought the astronauts home safely”.

A tribute to Cohen posted by the University of Southern California confirms these details.

Jack Black’s mother had an impressive career as an aerospace engineer and did, according to a son, work on a problem while in hospital giving birth to the actor.