It includes an image of cancer cells.

The graphic has been viewed over 130,600 times so far. It was flagged as potentially false by the Meta fact-checking programme’s algorithm.

But it doesn’t say when or where the drug trial took place. Did cancer disappear completely after a drug trial? And was this the first time in history it happened? We checked.

In June 2022 international media reported on the results of a small US study published that month. The findings were variously described as “astonishing” and “promising”.

The study looked at the drug dostarlimab as a treatment for patients with rectal cancer. Dostarlimab had previously been used to treat cancer of the uterus – endometrial cancer – and tumours. It helps the immune system identify and attack cancerous cells. 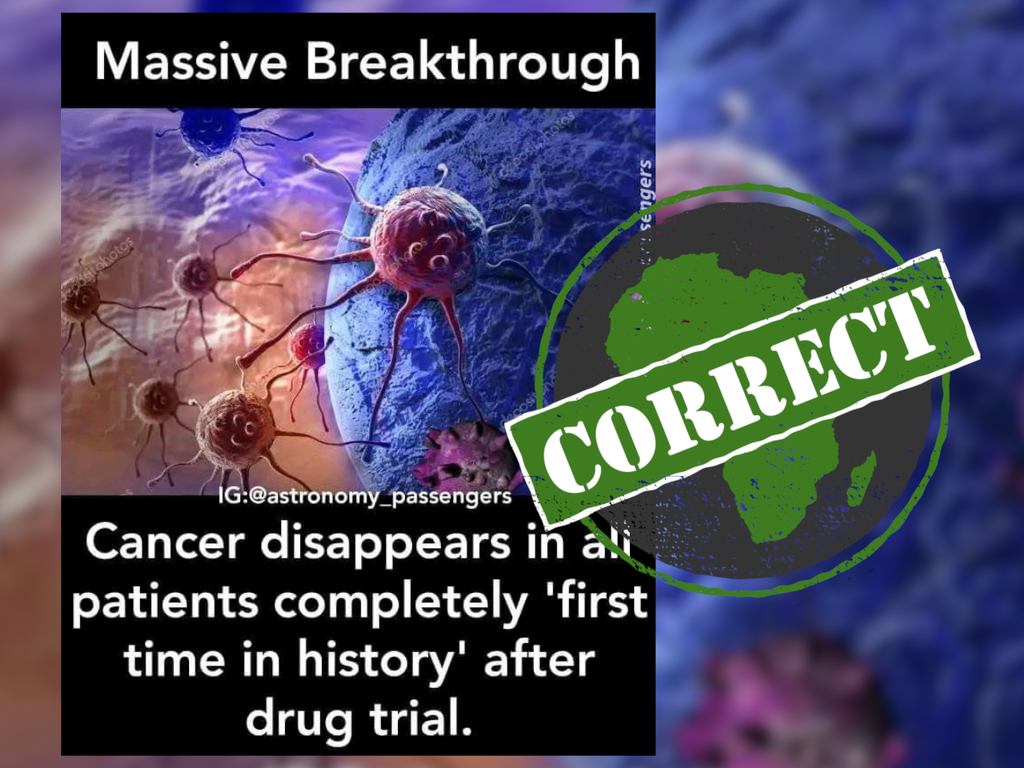 The study was of 12 patients who were given dostarlimab every three weeks for six months. All 12 had a “clinical complete response” with no cancerous tumours being detected.

“At the time of this report, no patients had received chemoradiotherapy or undergone surgery, and no cases of progression or recurrence had been reported during follow-up,” the report says. The follow-up time ranged from six to 25 months.

But the report does not call dostarlimab a cure, saying: “Longer follow-up is needed to assess the duration of response.”

Medical experts told the New York Times, a US newspaper, that they considered the 100% success rate “unheard of”. We could not find evidence that another cancer-related clinical trial achieved the same result.