A graphic shared over 2,000 times in just 24 hours on Facebook makes surprising claims about the origin of the name of the wireless technology Bluetooth.

Text in the graphic reads: “Turns out, Bluetooth is named after the 10th-century Scandinavian king named Harald Bluetooth who peacefully united Norway and Denmark.”

The graphic includes a sketch of a bearded, long-haired man and two symbols labelled the “Nordic H” and “Nordic B”, which combine in the familiar logo for Bluetooth.

Meta’s fact-checking system has flagged the graphic as possibly false, so we investigated. 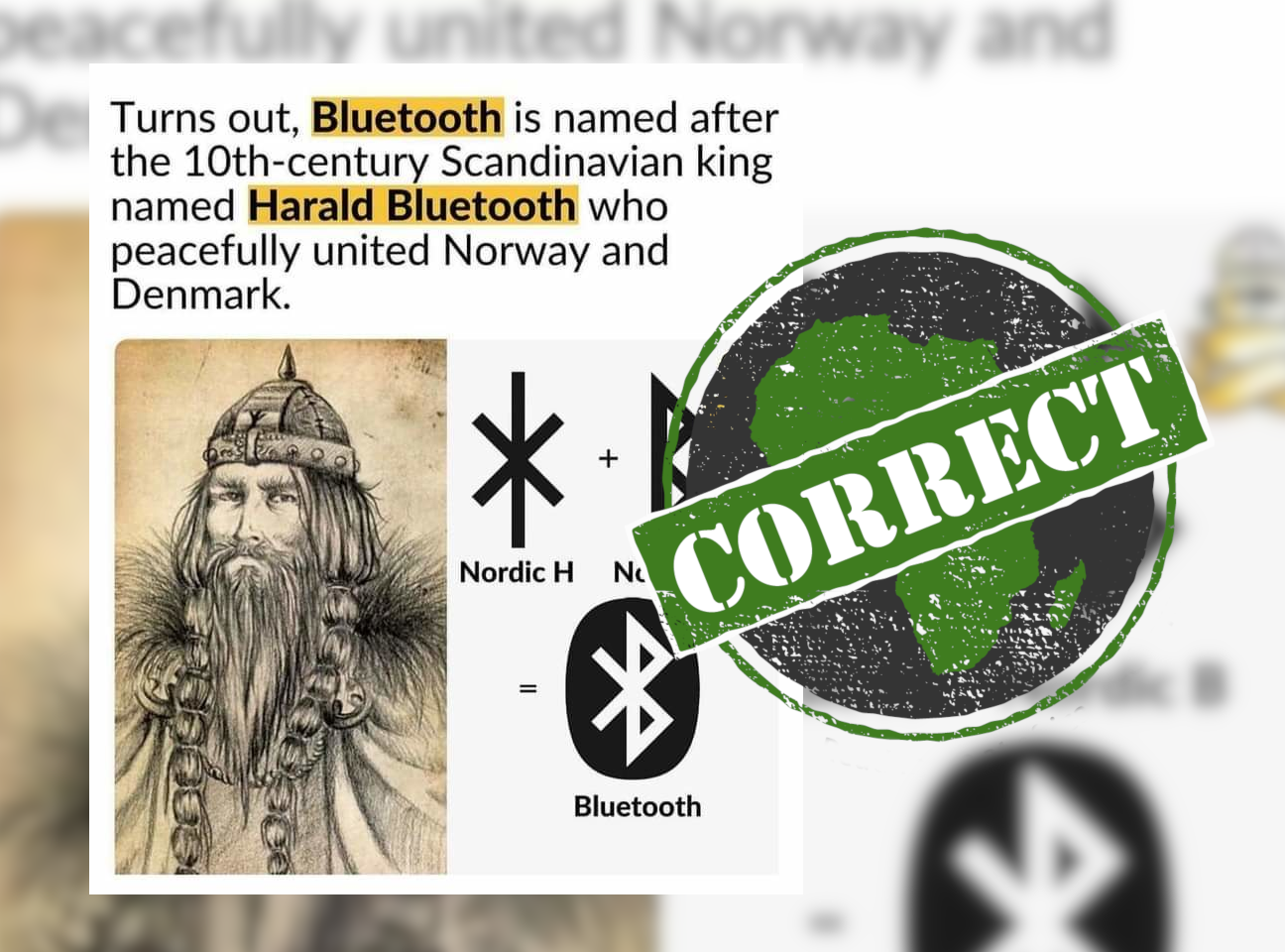 According to Bluetooth Special Interest Group (SIG), the standards organisation for Bluetooth technology, the technology did get its name from King Harald Gormsson.

He was a 10th-century king, better known as Harald Blåtand, Danish for “bluetooth”, and credited with the unification of Denmark and the conversion of the Danes to Christianity. He also conquered parts of Norway, not quite as peacefully as the Facebook graphic claims.

Bluetooth SIG says on their website: “Surprisingly, the name dates back more than a millennia to King Harald ‘Bluetooth’ Gormsson.”

The name was initially meant to be temporary: “Bluetooth was only intended as a placeholder until marketing could come up with something really cool.”

However, “the name caught on fast and before it could be changed, it spread throughout the industry, becoming synonymous with short-range wireless technology”.

The logo is a combination of two runes, representing Harald Blåtand’s initials, according to Bluetooth SIG.

Runes were letters used in the writing systems of Germanic-speaking peoples in Scandinavia, the British Isles and Central Europe from at least 160 to the Middle Ages.

Surprisingly, the claims in the graphic are correct.