A graphic viewed over 22,000 times in 24 hours on Facebook shows an image of Earth with a shadow covering half of the planet.

“The line that separates the night and day sides on Earth is called the terminator,” text below it reads.

But Meta’s fact-checking system has flagged the graphic as possibly false. So is there a “terminator line” and does this image show it? 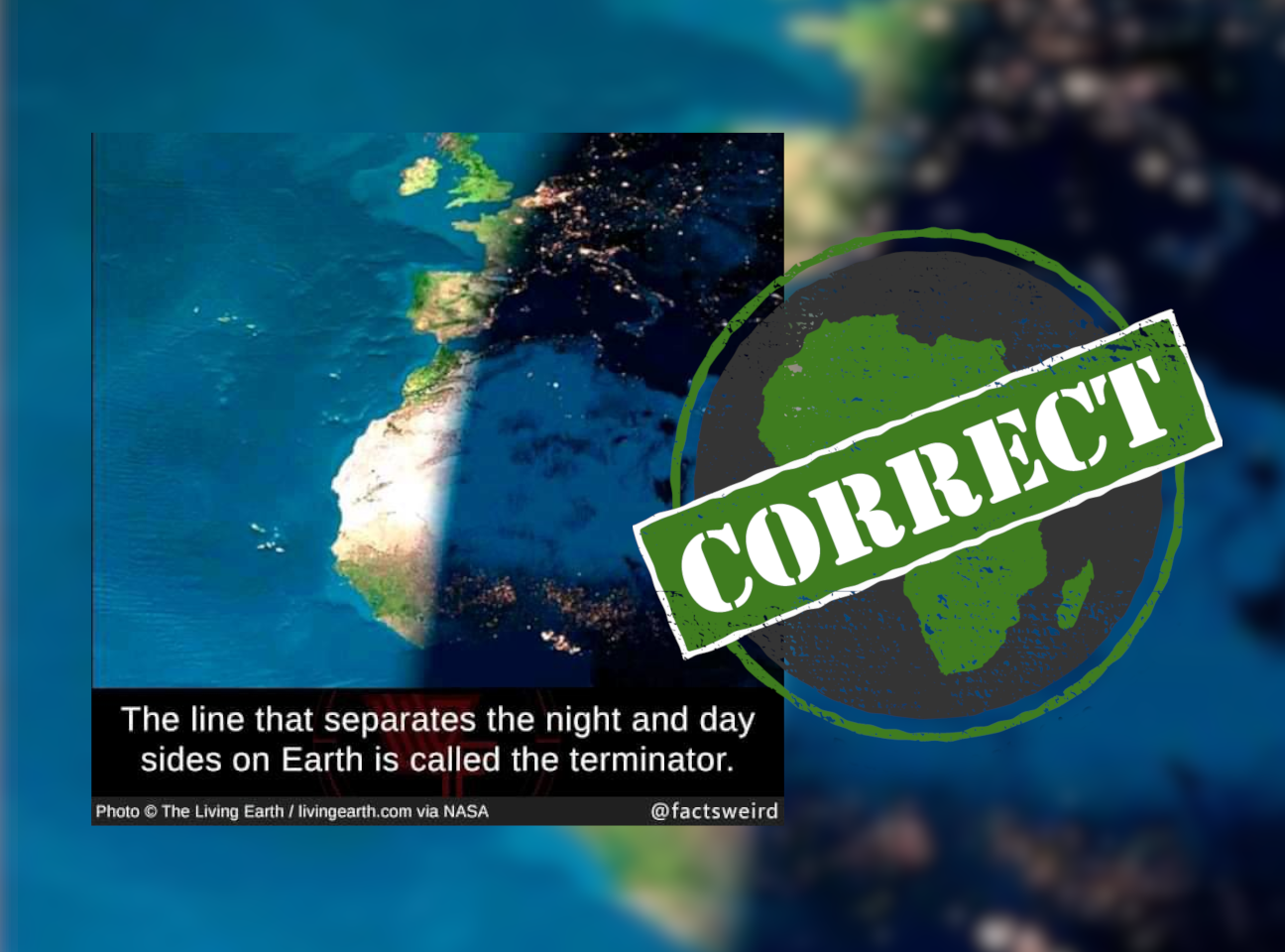 ‘A fuzzy line due to atmosphere bending sunlight’

The line that separates day and night is called the “terminator”, according to the US National Oceanic and Atmospheric Administration (Noaa) in the US.

Noaa adds that while it’s commonly thought half of the Earth is covered in darkness and the other half in sunlight, this is not the case.

While the terminator line is real, the image is software generated.

According to a 2003 article by Nasa, there are clues that reveal the image is not a real photo of Earth. These include “features in the ocean, the clarity of the atmosphere, the appearance of land features in daylight and dark, the geography of the terminator (line of sunset), and the perspective (or field-of-view) of the image”.

Another Nasa article describes the image as “A Digital Sunset Over Europe and Africa”.

An actual photo of the terminator line running across Earth, taken from the International Space Station, can be seen on Nasa’s website.