A meme circulating on Facebook in March 2021 quotes Kimberly Daniels, a Christian minister and former member of the Florida House of Representatives in the US, as saying “I thank God for slavery.” It shows a photo of Daniels, who is African-American.

The quote continues: “If it wasn't for slavery, I might be somewhere in Africa worshipping a tree.”

It’s an outrageous statement, and Facebook’s fact-checking system has flagged the meme as possibly false. But Daniels said it. 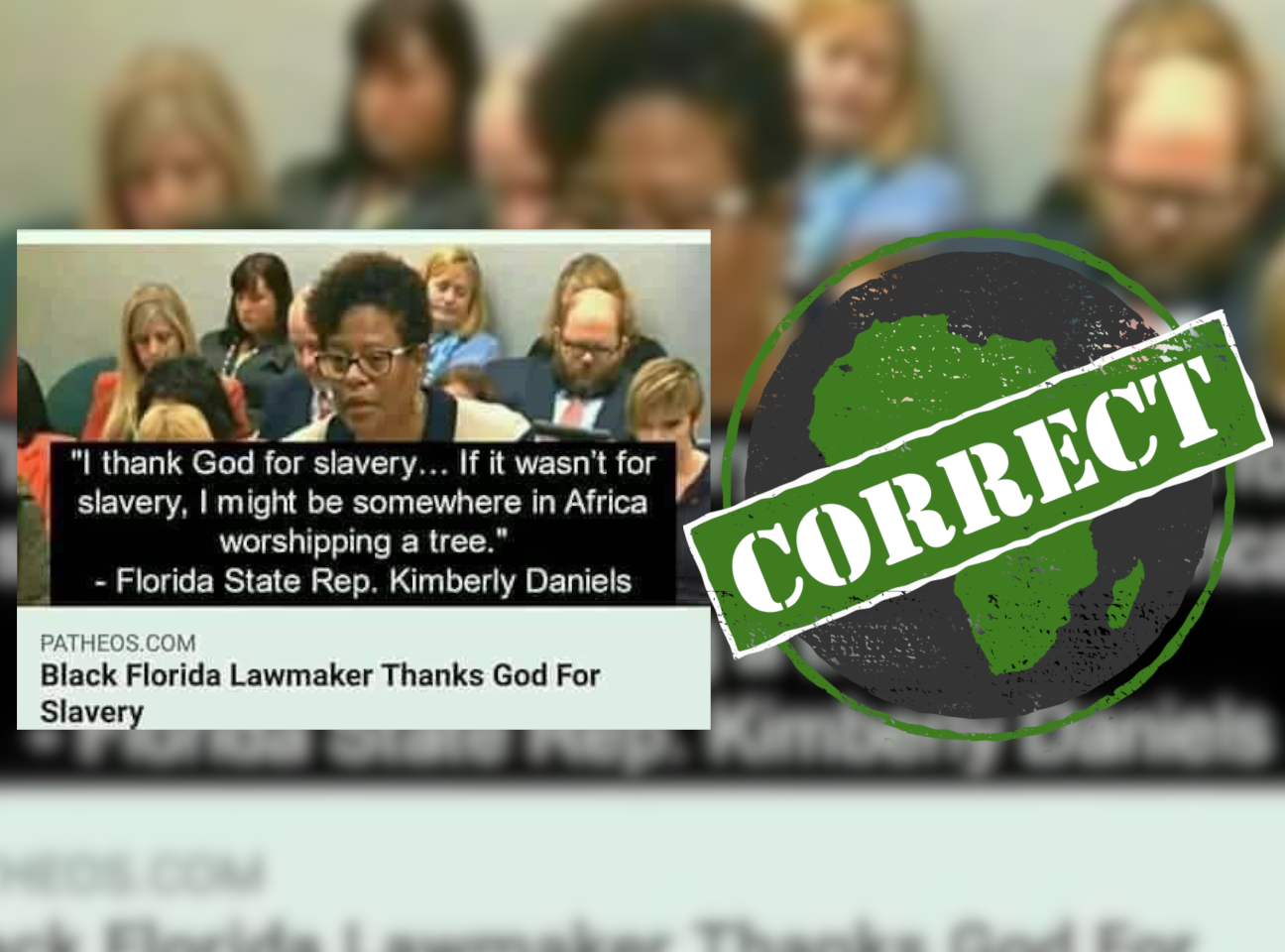 A Google search reveals that a number of organisations reported on Daniels’ remarks, made during a 2008 guest sermon at a church in the US state of Ohio.

A short clip from the sermon, including the part where Daniels thanks God for slavery, can be viewed here.

In August 2020, Daniels lost her bid for re-election to the Florida house.

No free USA visas for nurses and doctors during coronavirus outbreak

No, Nigerians not banned from entering US