Yes, Kenyan politician Odinga was shouted down by rowdy youth, but in Elgeyo Marakwet county in April, not Kiambu in May ’22

As Kenyan opposition leader Raila Odinga was visiting Kiambu county on 3 May 2022, a video was posted on Facebook showing a crowd heckling him.

On a Facebook page with over 110,000 followers, the video was captioned: “Raila Odinga forced to cut his rally in Kiambu after being shouted down by rowdy Kiambu residents.”

In the video, the crowd is heard chanting “Ruto” as Odinga speaks.

Kiambu county, just north of the Kenyan capital Nairobi, is dominated by the Kikuyu community and is the home county of Kenya’s current president Uhuru Kenyatta. Kenyatta is backing Odinga for president in the general elections scheduled for 9 August 2022.

Odinga is leader of the Orange Democratic Movement and is running under the Azimio la Umoja One Kenya coalition ticket. His main rival is current deputy president William Ruto, who leads the Kenya Kwanza alliance.

But does the video show a crowd shouting down Odinga in Kiambu county, by chanting Ruto’s name? We checked. 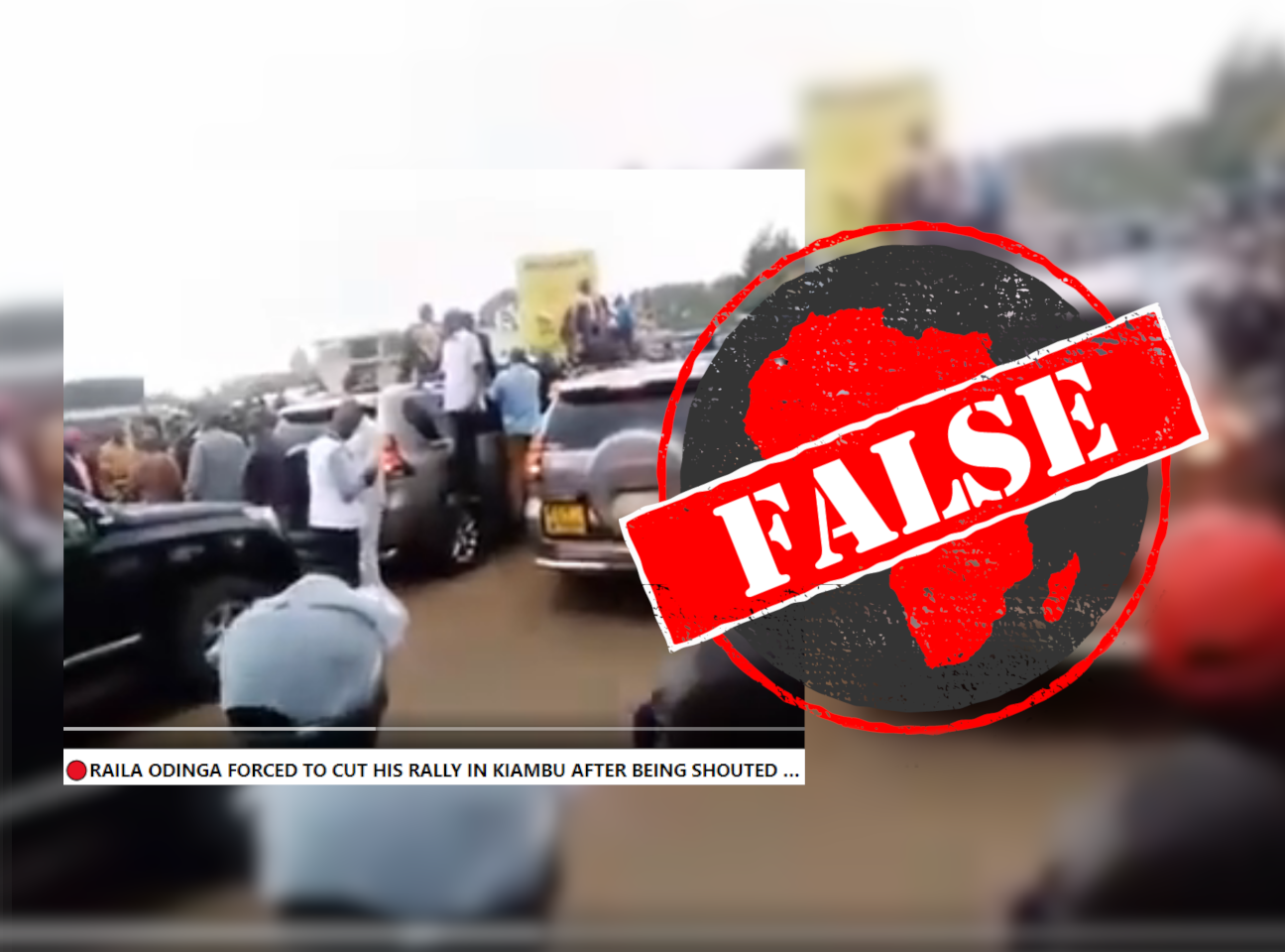 A reverse image search of a screenshot of the video shows that the incident happened in Iten, a town in Elgeyo Marakwet county in eastern Kenya, on 1 April 2022. This county is thought of as Ruto's political stronghold.

On that day, Odinga was on his way to the funeral of a prominent local businessman.

Using the keyword “Odinga heckled in Iten” we managed to find the video published on 1 April.

Odinga was heckled by Ruto supporters, but a month earlier and in a different town than suggested by social media posts.