“KFC will test lab-grown chicken nuggets made with a 3D bioprinter in Russia later this year,” reads the headline in a screenshot of a Business Insider article, posted on Instagram.

The article is real and dated 21 July 2020. It says that KFC has partnered with 3D Bioprinting Solutions “to create a chicken nugget that will mimic the taste and appearance of its original nuggets at a fraction of the environmental cost”.

But Facebook’s fact-checking system has flagged the post as possibly false. Is the claim true? Will KFC chicken nuggets be lab-grown in the future? We investigated. 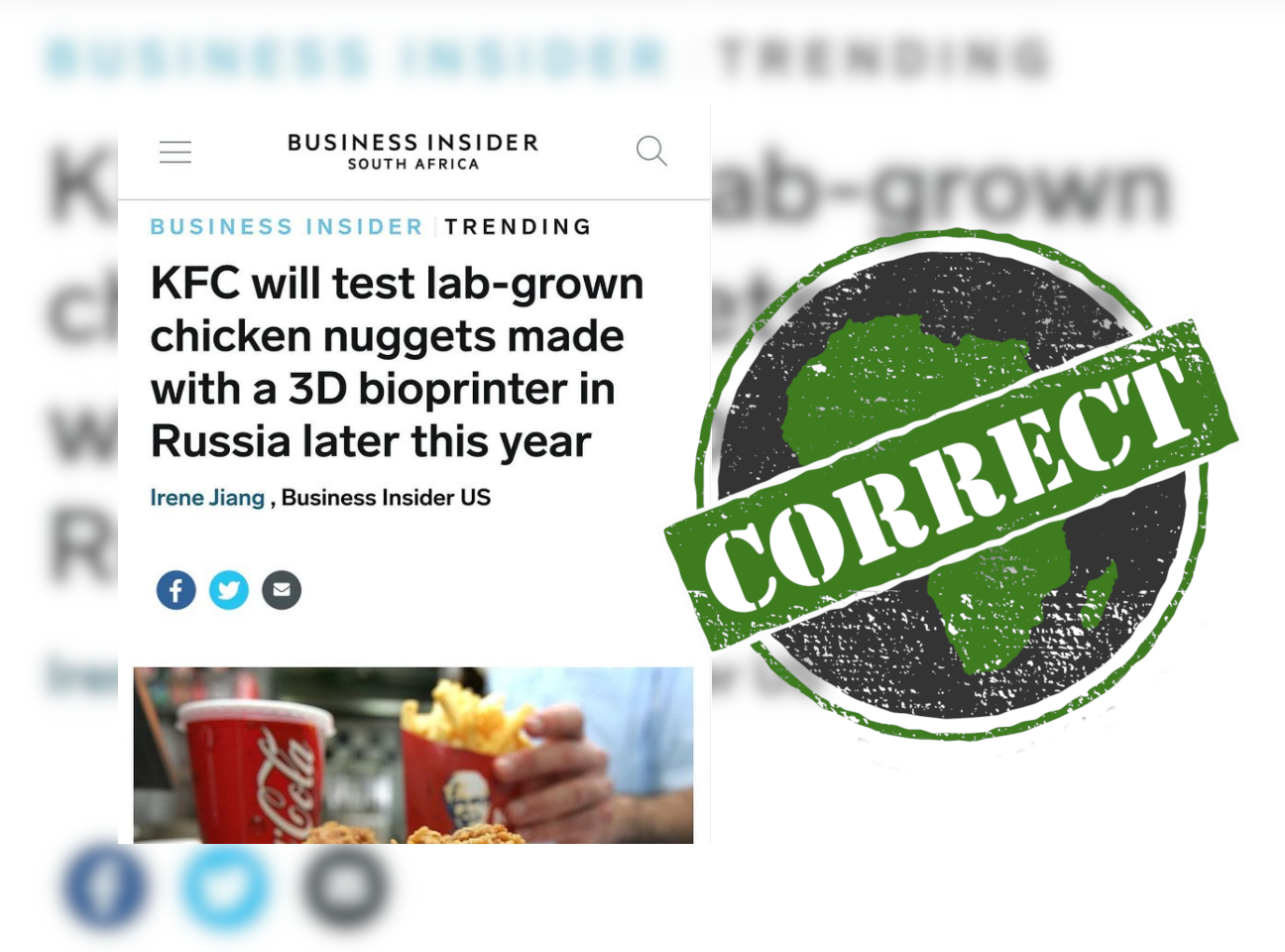 The idea of lab-grown chicken nuggets was part of KFC’s “concept of creating a restaurant of the future, which leverages state-of-the-art technology such as 3D bioprinting to overcome solutions in the food industry, including more eco-friendly alternatives to traditional meat”, Russia Briefing, a magazine and daily news service, reported in September 2020.

Raisa Polyakova, general manager of KFC, told the magazine: “At KFC, we are closely monitoring all of the latest trends and innovations and doing our best to keep up with the times by introducing advanced technologies to our restaurant networks.”

It also says KFC Russia will be working with 3D Bioprinting Solutions. The process will use chicken cells and plant material to “generate an edible product that closely replicates the taste and texture of chicken meat”.

The website 3D Printing Media, which publishes media, insights, analysis and marketing for the 3D printing industry, has also reported on the lab-grown chicken idea.

The “synthetic meat” will have the same elements as traditional chicken meat, they report, but without any need for additives.

“The cell-based chicken products will thus be ‘cleaner’, as well as more ethical, both in terms of animal care and the environment,” the article adds.

“KFC Russia's July 2020 announcement on cell-cultured meat is just an experiment and not part of a long-term strategy. Rest assured that we remain focused on providing the high-quality KFC food that our customers know, love and crave.”

Yes, KFC in Russia did explore the potential of lab-grown chicken, but the company said it is not part of its global long-term strategy.

No, you can’t get coronavirus from eating chicken