Yes, Oscar Pistorius eligible for parole in March 2023 – but prison release not guaranteed

A February 2021 Instagram post claims that “paralympian and convicted murderer Oscar Pistorius is now eligible for parole in March 2023”.

It adds: “The Supreme Court of Appeal has amended its decision to increase his sentence after it admitted to an error.” 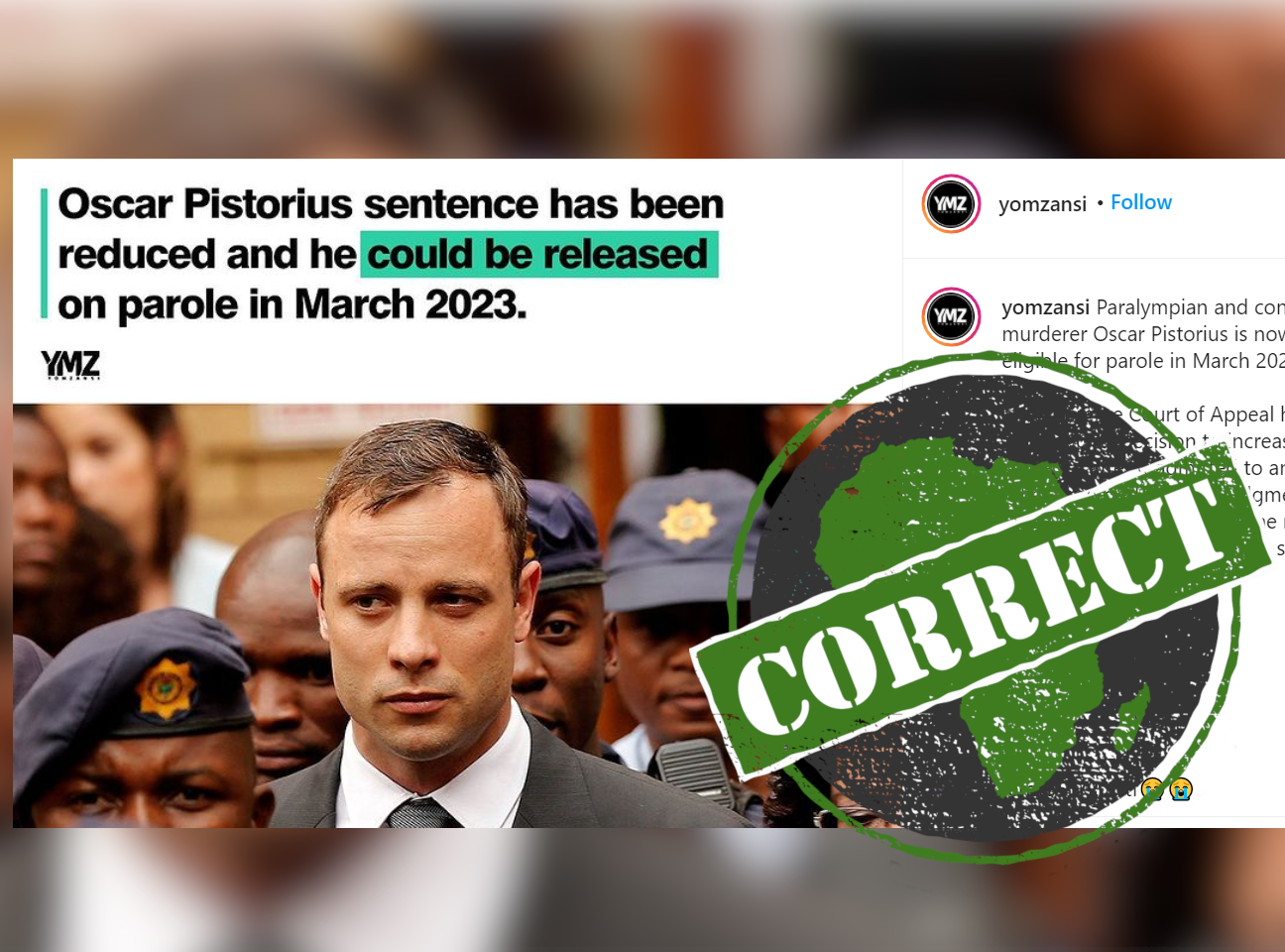 Pistorius killed his girlfriend, Reeva Steenkamp, on 14 February 2013. He maintains that he mistook her for a burglar and was found guilty of culpable homicide in 2014.

The prosecution appealed the decision, and in 2015 the Supreme Court changed Pistorius’ conviction to one of murder. The court ruled that he should have foreseen that four bullets fired into a locked bathroom would kill the person inside. His sentence was increased from six to 15 years, less time served.

But in February 2021 the Supreme Court amended its sentencing after it emerged that the judgement had not accounted for 506 days Pistorius had spent in prison.

Pistorius will now be eligible for parole in March 2023 – 10 years after Steenkamp’s murder.

But this doesn’t mean he will actually be released, a correctional services spokesperson was quoted as saying. Pistorius will first have to meet several parole requirements.

Many credible news organisations have reported on these developments. SABC senior legal reporter Karryn Maughan has discussed them in detail.