A photo posted on Facebook in South Africa shows a large crater filled with a white substance, in a desert landscape. It’s been viewed nearly 60,000 times.

“Close view of the Crater on Mars,” its caption reads.

But Facebook’s fact-checking system has flagged the post as possibly false.

Thanks to Curiosity and other Mars rovers, we now have thousands of images of the red planet. Is this remarkable photo one of them? We investigated. 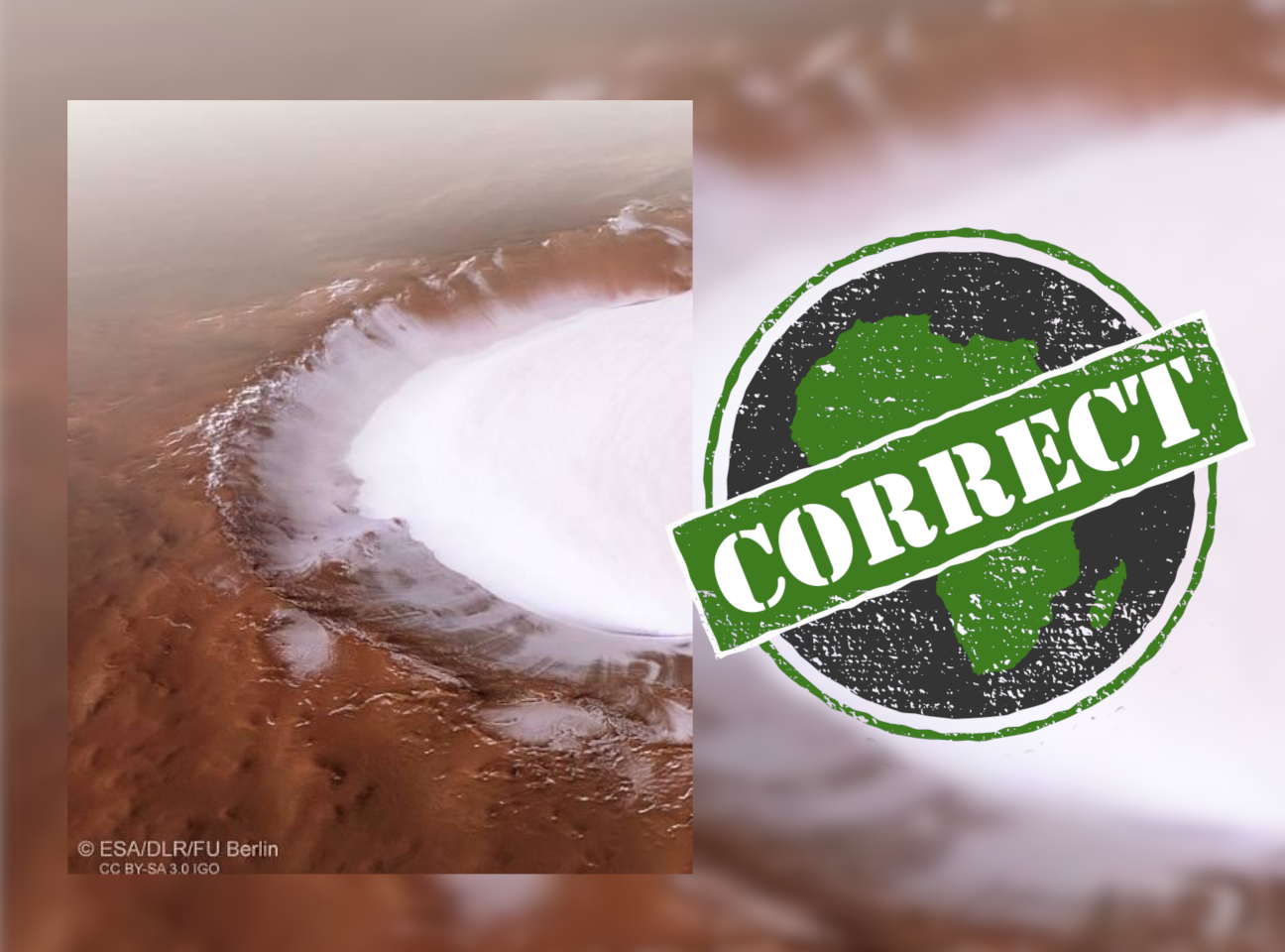 A reverse image search of the photo brought up an article published on the European Space Agency (ESA) website in 2018. Beneath an uncropped version of the crater photo, its headline reads: “Mars Express gets festive: A winter wonderland on Mars”.

The crater is indeed on Mars, the article says, and is named the Korolev crater.

The photo was taken by the Mars Express High Resolution Stereo Camera. It is made of “five different ‘strips’ that have been combined to form a single image, with each strip gathered over a different orbit”, the article says.

ESA says that the crater is about 82 kilometres across and “found in the northern lowlands of Mars”.

“It is an especially well-preserved example of a Martian crater and is filled not by snow but ice, with its centre hosting a mound of water ice some 1.8 kilometres thick all year round.”

But what causes the ice? ESA says it is created by a phenomenon called “cold trap”.

This means that the deepest parts of Korolev crater that have ice act as a natural cold trap, so “the air moving over the deposit of ice cools down and sinks, creating a layer of cold air that sits directly above the ice itself”, the article explains.

“This layer helps the ice remain stable and stops it from heating up and disappearing.”

The photo also appears in a BBC article, with similar information.

The US National Public Radio, a nonprofit media organisation, reports that while there is no liquid water on Mars, there is a large quantity of ice.

ESA says the crater is named after Sergei Korolev, a Russian rocket engineer and spacecraft designer who lived from 1907 to 1966.

“Korolev worked on a number of well-known missions including the Sputnik program – the first artificial satellites ever sent into orbit around the Earth, in 1957.”

The photo shows an ice-filled crater on Mars.