“The situation in India is beyond devastating,” says a post shared on Facebook in South Africa, referring to the increase in Covid-19 cases and deaths in the country.

The post, shared over 120 times, includes four photos which it claims show “bodies being cremated out in the open because crematoriums are full”.

Crematoriums, where dead bodies are burned, reported operating non-stop. According to the BBC, this led to makeshift funeral pyres being constructed in open spaces in India’s capital, New Delhi.

Do the photos shared on Facebook show recent scenes from India? The social media platform’s fact-checking system has flagged the post as possibly false, so we tracked down the sources of the photos. 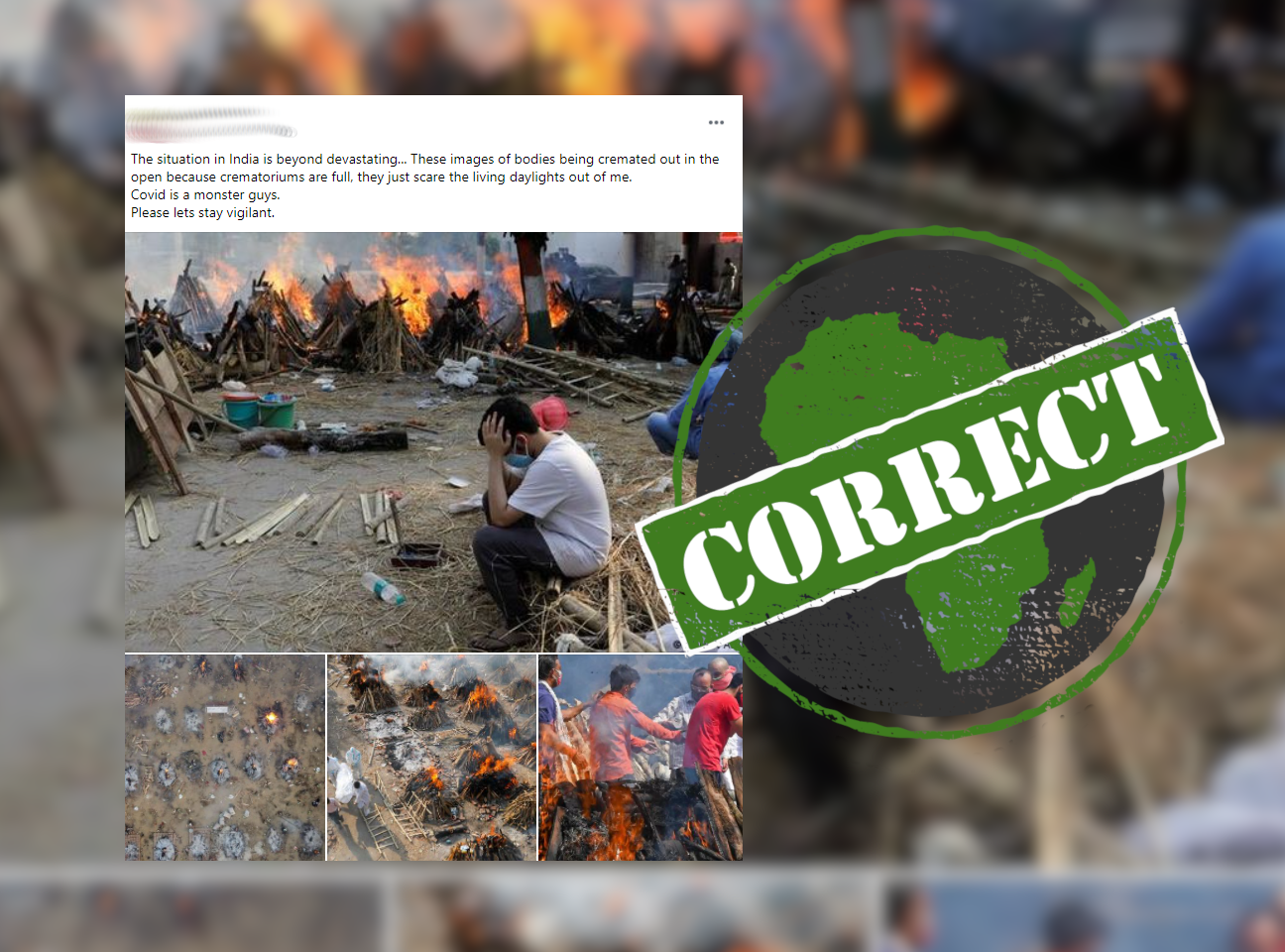 Photos from India taken by Reuters and AFP

In the first photo, a man or boy sits on a pile of wood and straw with his head in his hands. Behind him funeral pyres are burning. In the bottom right corner of the photo is the text “@Adnan Abidi/Reuters”, which allowed us to trace the photo.

The photo was taken by Adnan Abidi for news organisation Reuters on 26 April. The caption reads: “Family members sit next to a burning funeral pyre of those who died from the coronavirus disease (Covid-19), during a mass cremation, at a crematorium in New Delhi, India.”

The second image, which appears to have been taken from the air with a drone, shows a cremation site. A reverse image search of the photo also led us to Reuters. The photo was taken on 22 April in New Delhi.

In the third image, also taken from above, workers wearing protective gear carry a body wrapped in white cloth. Another reverse image search revealed it was also taken by Abidi for Reuters on 26 April. It is captioned: “A general view of the mass cremation of those who died from the coronavirus disease.”

The last photo shows five men who appear to be crying and consoling each other while bodies burn beside them. This photo was taken by Prakash Singh for international news agency Agence France-Presse and published by Getty Images on 27 April.

The photos shared on Facebook do show mass cremations in India because of Covid-19.