Yes, pilot was sucked out of aircraft at altitude and lived to tell the tale

It’s the stuff of a nervous flyer’s nightmares – being sucked out of an aircraft kilometres above the ground.

According to a graphic published on a popular aviation Facebook group and shared in South Africa, not only has this happened, but to a pilot, who was saved by crew members.

Text in the graphic reads: “In 1990 a wrongly installed windscreen on BA Flight 5390 fell out, causing the plane’s cockpit to decompress and its captain to be pulled halfway out of the aircraft at an altitude of over 17,000 feet. The crew held onto the captain’s body fearing it would get sucked into the engine. The captain survived.”

This height is roughly 5 kilometres above ground, about half of normal cruising altitude. The graphic includes two blurry but horrifying photos that seem to show the event described.

It’s been flagged as possibly false by Facebook’s fact-checking system, but is the story true? 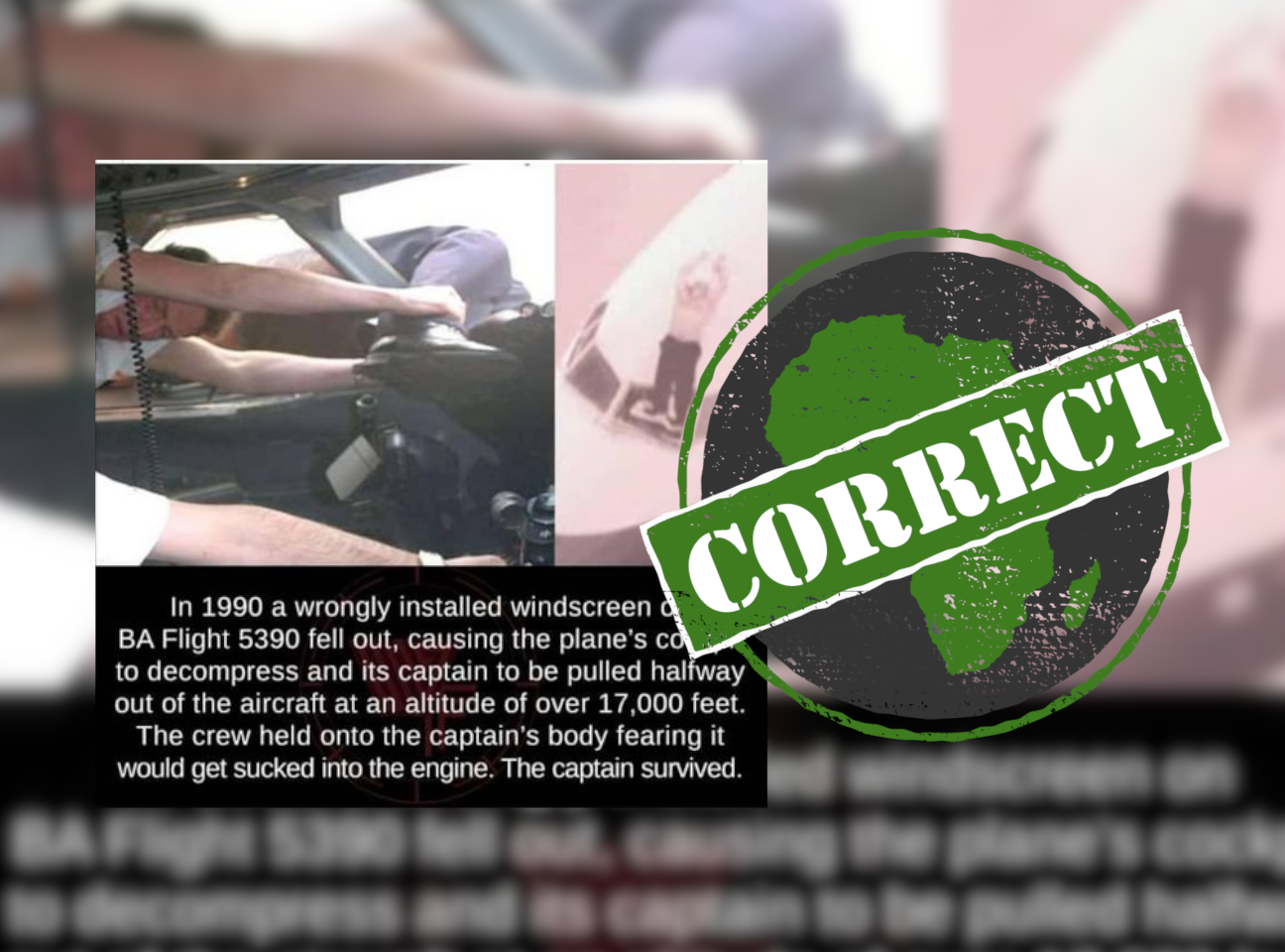 A quick online search led us to a 1990 front-page article from the New York Times. The headline of the story was “4 Miles Over Britain Pilot Is Sucked Out; Crew Holds On Tight”.

The article confirms the details in the graphic shared on Facebook and gave the height as even higher, at 23,000 feet.

It says the pilot, Timothy Lancaster, was partially sucked out of the cabin window after the windshield blew out, but that several crew members held onto him for more than 15 minutes until the co-pilot could safely land the plane in southern England.

We searched for “Captain Tim Lancaster” on Google and found a photo on Getty Images of him and three crew-members of “BA Flight 5390”.

We also found a November 2020 article from the New Zealand Herald which includes a photo of Lancaster in hospital, surrounded by his crew.

The article also points out that the unbelievable photos of the incident couldn’t be real. They are stills from a 2005 National Geographic TV programme.

Some of the recreation can be viewed here.