An “unbelievable fact” shared on Facebook in Kenya and Nigeria claims that termite queens lay more than a hundred million eggs in their lifetime.

The text below a close-up photo of a huge termite reads: “This is a termite queen. Her abdomen is so big that she can’t do much besides lay eggs. A queen can lay 30,000 eggs in a day, nearly 11 million in a year, and more than 165 million during its 15-year life span.”

The graphic was flagged as potentially false by Facebook’s fact-checking system. But are its numbers accurate? 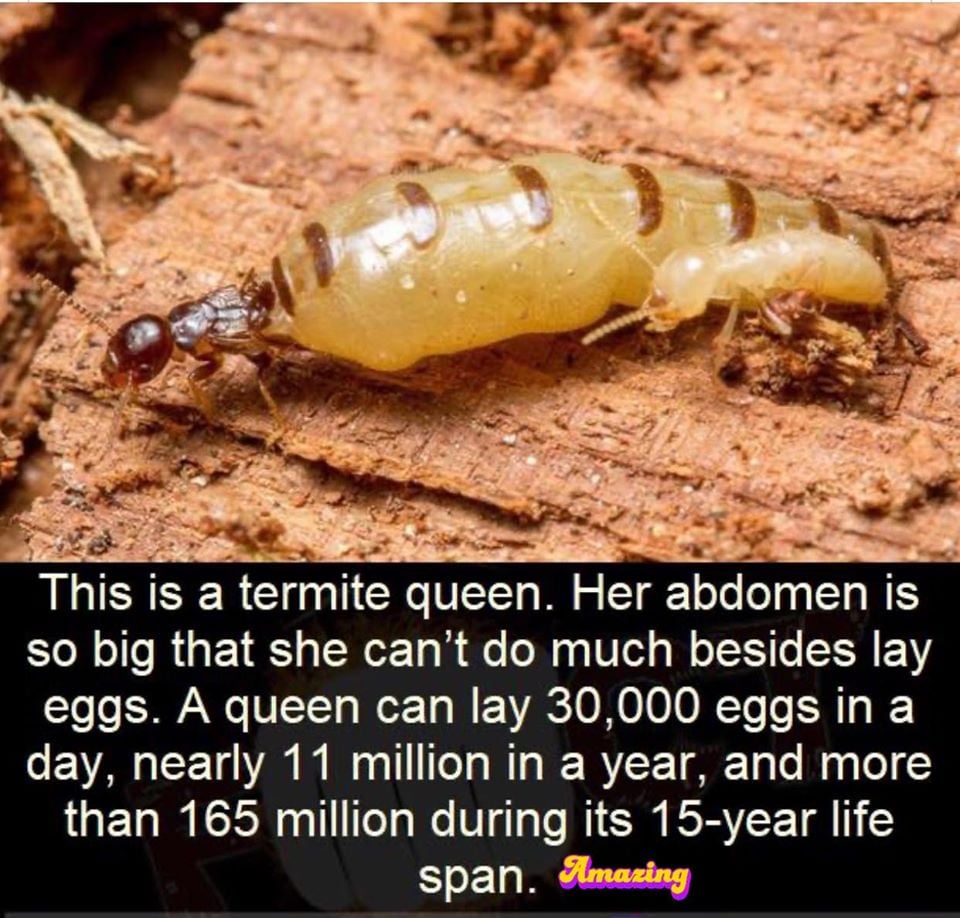 We traced the graphic to a blog, which by its own description contains “verified mind boggling facts that have been collected from various sources all over the internet”.

Each graphic on the site has a link to the source of its information. The termite queen numbers were sourced from a National Geographic video titled Termite Queen Lays Millions of Eggs, published on YouTube on 4 October 2013.

But estimates vary. Some say termite queens lay up to 20,000 eggs daily and can live up to 20 years. The queen of a species of South African termite, which has an average lifespan of 40 years, has been observed laying 40,000 eggs a day.

Johnnie van den Berg, zoology professor and integrated pest management programme manager at South Africa’s North-West University, told us the graphic gave “very general information” that “does not apply to all termite species, of which there are thousands”.

There are in fact around 2,500 termite species across the globe. Africa has by far the most diversity, boasting more than 1,000.