Yes, a type of assassin bug wears the corpses of its victims like a backpack

A rather repulsive photo posted on Facebook shows an insect with the bodies of smaller bugs piled on its back.

“The assassin bug wears the corpses of its prey like a backpack,” the caption reads. “After stabbing its prey and sucking out the innards, the insect attaches the corpses to its back to use them as camouflage and armour.”

But Facebook’s fact-checking system has flagged the claim as possibly false. What’s the truth here? 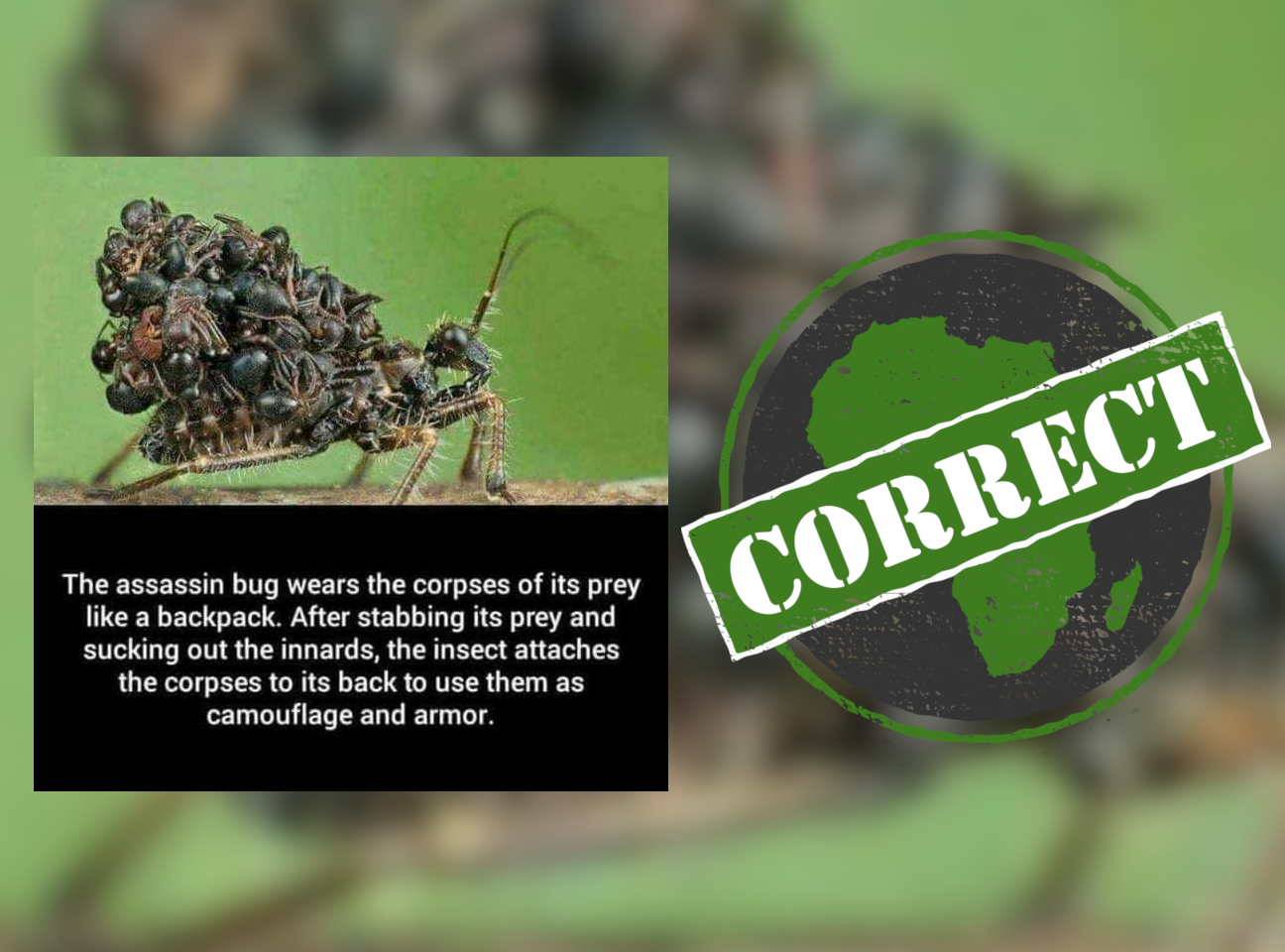 According to Smithsonian Magazine, the bug is from the Acanthaspis petax species, a type of assassin bug found mainly in East Africa and Malaysia. It’s also known as the reduviid bug and the ant bug.

“Like other assassin bugs, it hunts its prey by piercing it with its proboscis, injecting paralysis-inducing saliva and an enzyme that dissolves tissue, then sucking out the innards,” the Smithsonian says.

“But unlike other bugs, it then fashions empty ant exoskeletons into protective outerwear. The insect can carry as many as 20 dead ants at a time, and binds them together with a sticky excretion into a cluster that may be larger than its own body.”

An assassin bug carrying “at least 20 corpses” can be seen in a clip from the TV series Micro Monsters with David Attenborough.

National Geographic reports that several studies suggest that the assassin bug wears this corpse backpack to protect it from other predators.

A 2007 study tested whether the strategy really helped ward off predators. It found that the spiders who normally attacked the bugs were 10 times more likely to target those without the shield of corpses. The spiders couldn’t recognise its prey because the backpack changed the bug’s appearance.

Yes, a type of assassin bug sucks its prey dry and then wears the corpses on its back as camouflage.