Yes, the UK’s Queen Elizabeth II did ‘crash a wedding’ back in 2012

The 95-year-old queen of the United Kingdom, Elizabeth II, was in the news in December 2021 when she spoke out about her husband’s death earlier in the year in her annual Christmas address.

A few weeks later, a claim about Elizabeth resurfaced on Facebook from 2012. A graphic on Facebook, which was viewed over 26,000 times in just 24 hours, shows the queen standing next to what looks like a bride and groom in a church.

“In 2012, a couple invited the queen to their wedding as a joke, and she actually turned up,” text below the photo in the graphic reads. 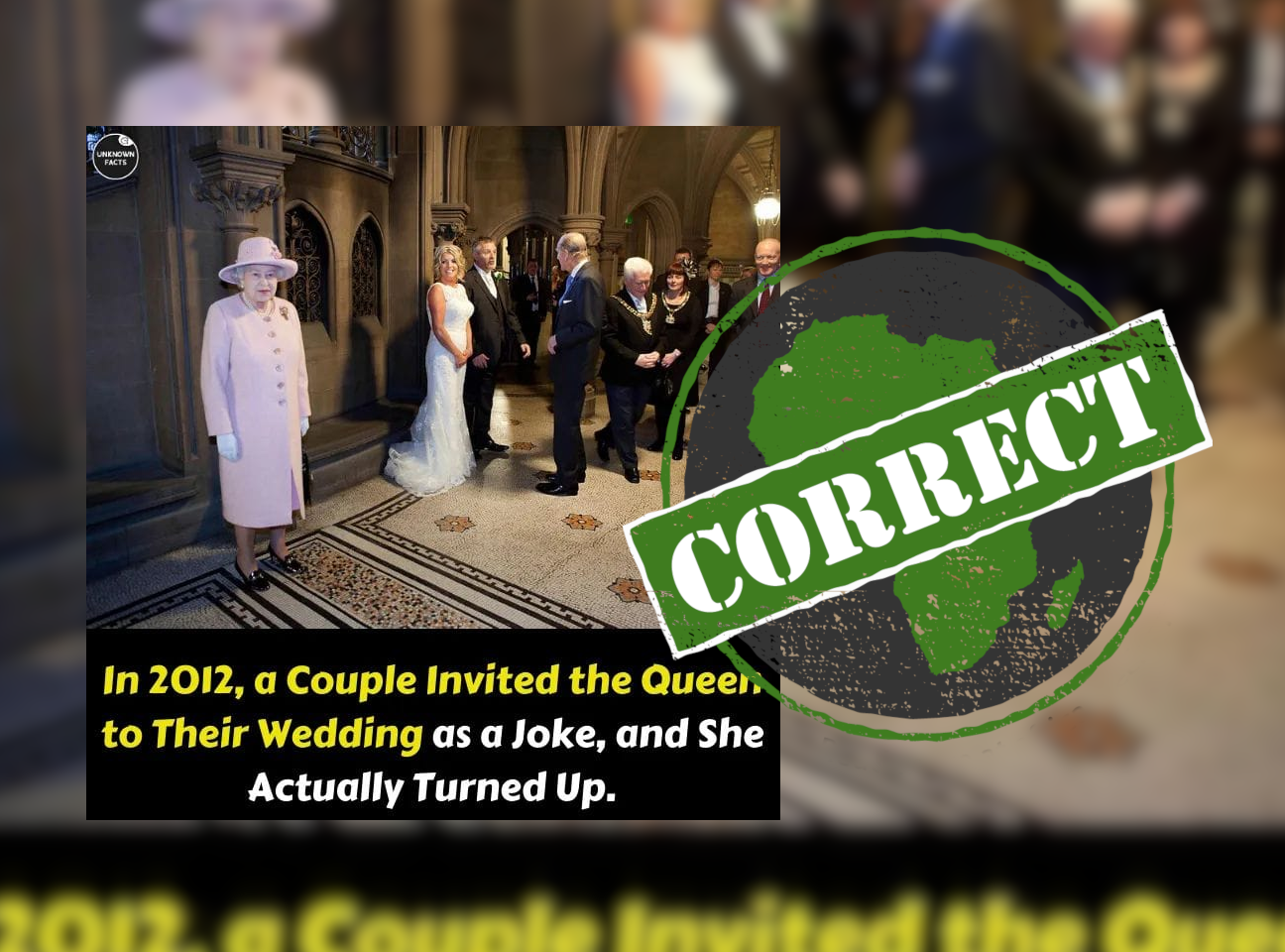 ‘Basically it was a wedding gift for us’

Elizabeth did attend the wedding of a couple she didn’t know in 2012.

According to the BBC John and Frances Canning booked the Manchester town hall as a wedding venue before finding out that Elizabeth and her husband Prince Philip would be having lunch there on the same day.

This was part of the queen’s diamond jubilee celebrations, which marked Elizabeth’s 60 years on the British throne.

John Canning then wrote a “spur of the moment” letter to Elizabeth, inviting her to the wedding. He received a reply to say the queen would not make the wedding, but the couple were surprised on their wedding day when the queen appeared after their vows and posed for photos with the newlyweds.

"Basically it was a wedding gift for us," Frances Canning told CNN, who reported Elizabeth and Philip wished the couple well.

Footage of Elizabeth greeting and posing with the Cannings can be seen in a clip by NBC News and the story was also reported elsewhere. The claim in the graphic is true.