During the tense week several false and misleading videos were shared online. In many cases old or out of context videos were passed off as recent events.

Social media users tagged Africa Check in many of the posts, including one with a video of a long queue winding along a road. Most posts of the video, filmed from a helicopter, said it showed food queues in Ulundi, KwaZulu-Natal. 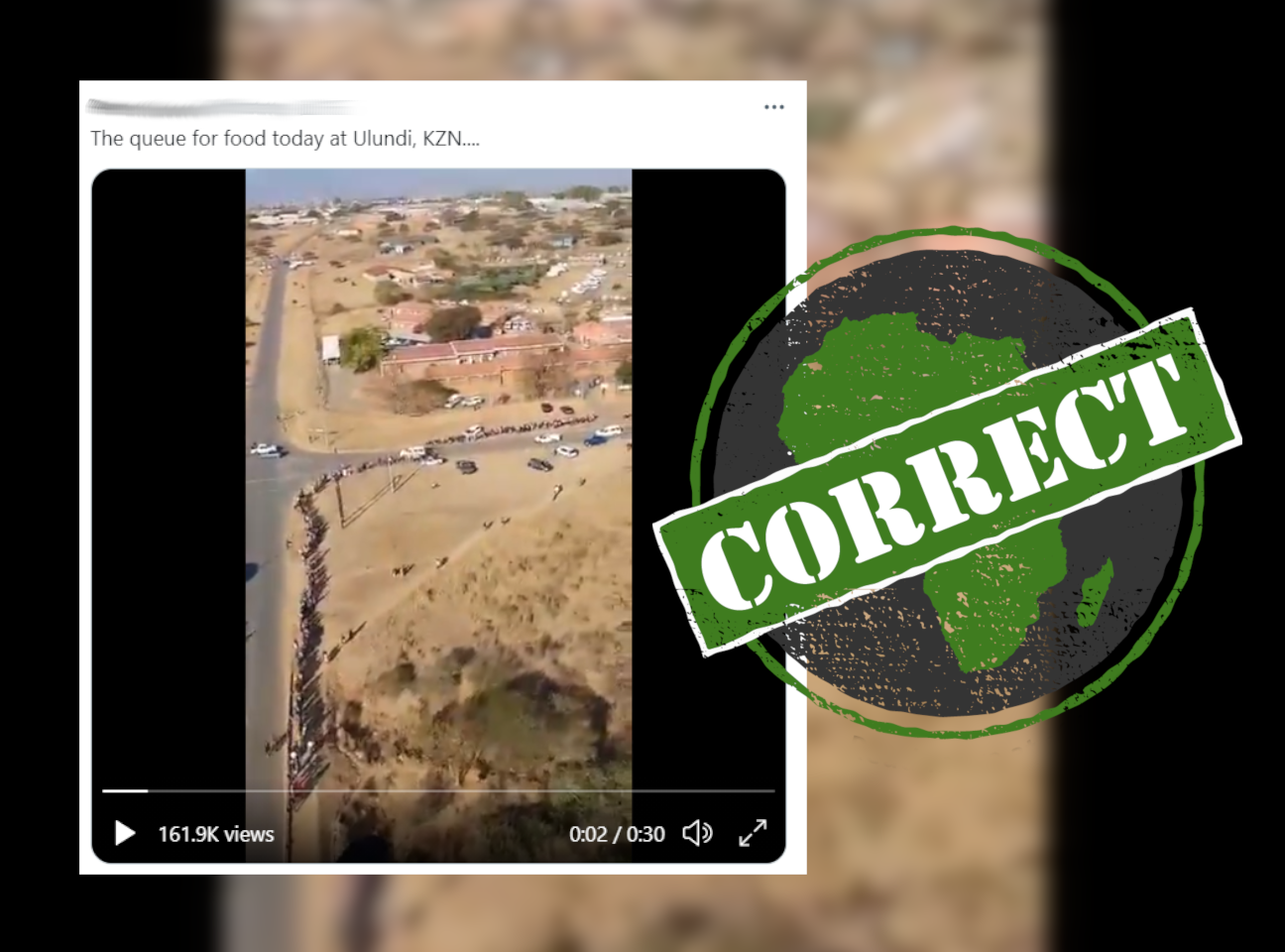 Using Google Maps we were able to confirm that the video was filmed in Ulundi.

At the beginning of the video there’s a building on the corner of a T-junction. This is the Ulundi police station on King Zwelithini street. A billboard in the video is also visible in Google street view.

At 19 seconds the Ulundi municipal building appears in the video. In Google satellite view, the same building and green roofs can be seen.

The next step was to confirm if the video was filmed after the violence and looting in KwaZulu-Natal.

Manana said the queue formed because the municipality had decided that “only two shops, Spar and Boxer, would be open on that day. This was to try and avoid looting and burning of shops.” She said that all shops in Ulundi had since been opened.