Yes, video shows viper found in Africa, which makes more venom than most

“Silent but deadly,” says text captioning a video doing the rounds on Facebook in South Africa.

The video shows an odd-looking snake, which, as the caption to the video says, is “crawling around like a caterpillar”.

The snake is described as a “Gaboon viper” which is “found in Africa” and has “one of the highest venom yields of any snake”.

The video has been flagged as possibly false by Facebook’s fact-checking system, so we investigated the creature shown and if it yields more venom than most other snakes. 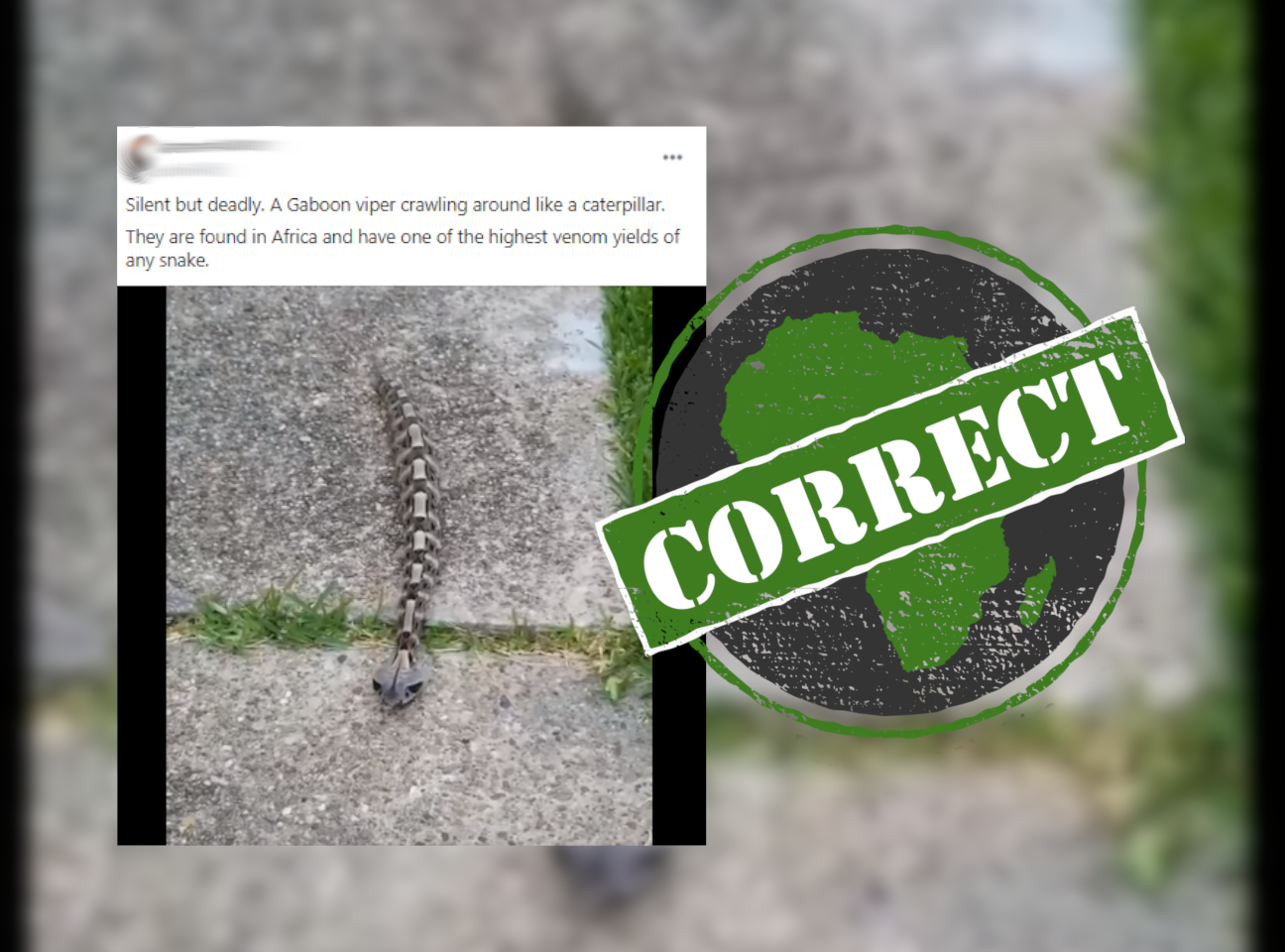 Found in western and central Africa

The snake in the Facebook video resembles this baby Gaboon viper in another video. Two give-aways that it is this kind of snake are the leaf-shaped head and the rectangular shapes on its back.

Gaboon vipers move by rectilinear locomotion, sliding in straight lines, rather than the more common serpentine or concertina locomotion, or slithering, we are used to seeing in snakes.

The Gaboon viper lives in tropical rainforests and other humid environments, like the forests and savannas of western and central Africa.

The Gaboon viper is known to have the longest fangs of any snake, but is considered placid, striking only when it needs to. It can control both if and how much venom it injects in its prey.

This means “the result of a strike can range from no effect to rapid death”, according to the Smithsonian in the US.

However, the venom is weaker than in other snakes, and this means only a large quantity of it can kill.

A 2004 study of the venom in the Gaboon viper concluded that the snake produced the largest quantity of venom of all poisonous snakes, “yielding in excess of 2 grams of dried venom per milking”.

While the Gaboon viper very rarely bites people, the caption to this viral video is correct that it’s found across much of Africa and produces a large volume of venom.