GUIDE: Getting to grips with South Africa's Promotion of Access to Information Act

Published on 29 August 2014
This guide is a shortened extract from "A Practical Guide to Media Law" by Dario Milo and Pamela Stein, published by LexisNexis.

As with the right to freedom of expression, it is trite to say that access to information is fundamental to a healthy democracy.

In one of the leading cases, Ngcobo CJ (for the Constitutional Court) described the importance of access to information, as well as its relationship with media freedom, as follows:

To give effect to [the] founding values [of our democracy], the public must have access to information held by the state. Indeed one of the basic values and principles governing public administration is transparency. And the Constitution demands that transparency ‘must be fostered by providing the public with timely, accessible and accurate information.’ […]

[The role of the media] includes informing the public about how our government is run, and this information may very well have a bearing on elections. The media therefore has a significant influence in a democratic state. This carries with it the responsibility to report accurately. The consequences of inaccurate reporting may be devastating. Access to information is crucial to accurate reporting and thus to imparting accurate information to the public.

Many of the major media freedom battles over the past few years have concerned either access to judicial or quasi-judicial proceedings, and documents in those proceedings, or access to documents held by public and in some cases private bodies in terms of the Promotion of Access to Information Act (PAIA). 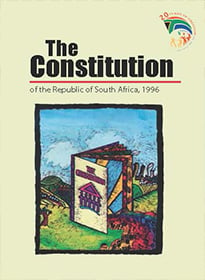 Section 32(1) of the Constitution states that everyone has the right of access to “any information held by the state” as well as “any information that is held by another person and that is required for the exercise or protection of any rights”.

Section 32(2) provides that national legislation must be enacted to give effect to the right of access to information. That legislation is the PAIA.

Although the PAIA is now the pre-eminent source of access to information law, the constitutional right may still play an important role. It is arguable that section 32 can be relied upon directly to claim access to information which the PAIA does not cover, such as one of its most controversial exclusions – a record of the Cabinet and its committees.

How the Promotion of Access to Information Act (PAIA) works

The most important distinction which the PAIA makes is between public bodies and private bodies. This is also the first enquiry which a requester must answer – is the body which holds the record that is being requested a public or a private body?

A public body must therefore disclose the record to the requester, provided that the procedural requirements in terms of the PAIA have been met and no ground of refusal applies.

With a private body, the record must be disclosed if the procedural requirements have been met, the record is required for the exercise or the protection of any right, and no ground of refusal applies.

There are also practical differences: apart from different forms which need to be completed, the access and request fees involved also vary. 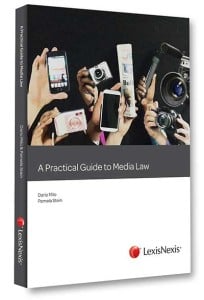 Once a requester has gone through the procedural hoops of properly completing the PAIA forms, paying the access fees and complying with PAIA’s other procedural requirements, and (in the case of a request to a private body) has satisfied the threshold enquiry, the document must be released unless a ground of refusal stipulated in the PAIA applies.

Here are some of those grounds that have attracted litigation and that arise more frequently in media law practice.

An information officer is obliged to refuse access to a record if the disclosure “would involve the unreasonable disclosure of personal information about a third party, including a deceased individual”.

Given the extensive definition of “personal information” in the PAIA (for example, covering information relating to the person’s race, gender, sex, medical, criminal or employment history or identity number), an important qualification here is the word “unreasonable”. This brings into play the balancing between privacy and freedom of expression, which is well-known in South African common law.

Of course, even if some of the information in a record is personal information and disclosing it would be unreasonable, a public or private body has a duty to sever that which cannot be disclosed from the remainder of the record, and make the redacted record available.

Commercial information of a third party or of the body itself

Three other grounds of refusal that may be relied upon by the information officer are designed to protect commercial information, either of the body itself or a third party. A request for access must be refused if the record contains:

An information officer of a public body or a private body must refuse a request for access to a record if disclosure would constitute “an action for breach of the duty of confidence owed to a third party in terms of an agreement”.

For public bodies, a request may also be refused if the record consists of information supplied in confidence by a third party:

But public bodies cannot hide behind confidentiality clauses which are designed to circumvent the PAIA, unless the confidentiality breach would result in a successful claim against the party.

As one would expect, there are a number of grounds of refusal where public bodies are concerned which relate to national security. An information officer may refuse a request for access to records if their disclosure could reasonably be expected to cause prejudice to the defence of the Republic, the security of the Republic or the international relations of the Republic.

An information officer may also refuse to disclose a record that would reveal information supplied in confidence by or on behalf of another State or international organisation.

An information officer of a public body may refuse a request for access in a number of circumstances where that access will impact on the operations of the public body.

One such ground for refusal is that the record contains an opinion, advice, report or recommendation obtained or prepared for the purpose of assisting in the formulation of a policy or taking a decision in the exercise of a power or performance of a duty conferred or imposed by law.

Another ground of refusal is available if the disclosure of the record could reasonably be expected to frustrate the deliberative process in a public body, or between public bodies, by inhibiting candid communication of an opinion, advice, report or recommendation. 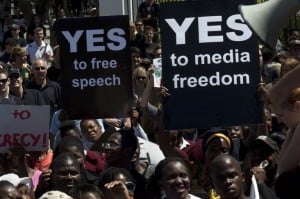 One of the most important provisions of the PAIA is the public interest override which provides that despite a ground of refusal applying, the information officer must grant a request for access if:

The Promotion of Access to Information Act (PAIA)
A guide to making a PAIA request, compiled by Corruption Watch
A copy of the form to be used to request information