GUIDE: How to spot cheap, out-of-context and deepfake videos

Video can be easily manipulated, misrepresented and created. This is a guide to spotting three types of misleading videos.

Seeing is not always believing. In September 2019, a number of videos supposedly showing xenophobic violence in South Africa went viral. An Africa Check investigation found that many of them were either old or had been shared out of context.

Videos can be easily manipulated. They can also be realistically created using new technology, making people appear to say or do outrageous things.

How can you spot dodgy videos? And what tools can you use? In this guide we explain how to identify manipulated videos, videos shared out of context and deepfakes

Sometimes videos are crudely created or manipulated to mislead.

There are a number of international examples, such as a viral video supposedly showing speaker of the United States House of Representatives,  Nancy Pelosi, drunk. It was watched 2.5 million times on Facebook in just a few days. But the video was slowed down to slur her speech. You can watch the original video and altered video side-by-side here.

A combination of crude editing of a video, selective use of photos and disinformation gives the impression that Nigerian President Muhammadu Buhari did not attend the seventh Tokyo International Conference on African Development in Japan, late in August 2019.

The edited video, which has been viewed over 250,000 times, does not show any visuals of Buhari at the conference and asks in a caption “Is Buhari Really in Japan???” But this video – from which the scenes were copied – clearly shows Buhari was in the country.

In this case, it’s easy to debunk the video with a simple online search. Besides the presidency dismissing the claims as "false", a simple search for “Buhari in Japan” turns up multiple photographs and news stories relating to his presence at the conference. These include photos of Buhari in a lineup of African presidents attending the conference and photos of him meeting with the presidents of South Africa and Benin.

How can you spot a digitally altered or crudely created video?

2. Videos shared out of context

Often genuine videos that have not been edited or manipulated are shared out of context.

A gruesome video of a woman being stabbed went viral in South Africa in 2019. It claimed to show the brutal murder and mutilation of 21-year-old Naledi Lethoba in the city Welkom. But the video was actually from Brazil.

It was originally released by Brazilian police searching for three women who had killed a rival gang member. It had nothing to do with Lethoba’s murder.

In 2016, a video was shared on Facebook supposedly showing police in Spain using dogs to attack migrants. But the video is actually from Special Assignment, an investigative current affairs programme in South Africa. The video was taken in 1998 and shows South African police turning their dogs on Malawian migrants.

An Instagram post that supposedly shows human body parts being cooked in a large cauldron has been widely shared. But the body parts are actually props made for a movie, as is clear from the comments accompanying the post.

A quick Google search for “man cooking human parts + video” turned up several hits, including this debunk of claims that the video showed people in Cameroon eating human flesh. A reverse image search of a screenshot from the video also led to the Instagram post and several debunks.

How can you check if a video is being shared out of context?

Deepfakes – a merging of “deep learning” and “fake” – which use machine learning and artificial intelligence to create fake videos have become a huge story. Countless reports suggest that they are already a major cause for concern and could become an even greater problem as politicians, political parties and others use them for ill.

Top artificial intelligence researchers say they’re outgunned in the war against deepfakes. But verification and fact-checking expert Claire Wardle believes they are still several years away from being a major problem. She says the real problem is misinformation that is already showing up in people’s "most personal spaces".

There are a number of infamous deepfake videos. In one, Facebook CEO Mark Zuckerberg boasts that “whoever controls the data, controls the future”. In another, former US president Barack Obama calls his successor, Donald Trump, a “dipshit”. Both of these examples are fake and were made to educate people about the dangers of deepfakes.

How can you spot a deepfake?

Do you have African examples of misleading or fake videos to add to this guide? Please email [email protected]. 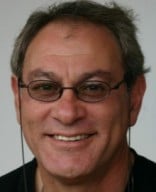