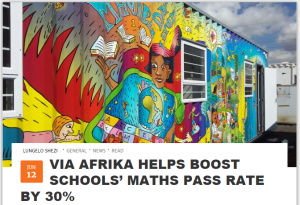 If the maths pass rate has increased by 30% from 17%, what is the pass rate now?

If the 30% increase was interpreted relative to the 17% pass mark, then it means the pass mark had increased to a) 22.1%.

The way you do the sum is:

To ensure that people understand when you’re referring to an absolute increase, call it a “percentage point increase”.

Tip #2: Don’t assume that two things that happened at the same time influenced each other

Sometimes politicians, media and the public will look for a link between two events that doesn’t exist.

Statisticians use the terms “correlation” and “causation” to refer to different different ways that events can relate to one another.

This refers to the degree of relationship between two factors.

Negative: When the one factor increases while the other decreases.

Positive: Both factors increase or decrease.

No correlation: One factor doesn’t change while the other increases or decreases.

On a website called Spurious Correlations there are funny examples of factors that appear to be have an effect on each other. One graph suggests that there is a relationship between the ages of Miss American beauty pageant winners and the number of murders by steam, hot vapours and hot objects in the US each year!

But just because there appears to be a correlation between two factors does not mean that change in one factor is influenced by change in the other, though. When one factor do directly influence another, statisticians call it causation.

Tip #3: Always check that a change in data between two time periods is statistically different

There’s usually no space in headlines for qualifiers. But journalists must be careful when they interpret and report on changes in data.

For example, each year the World Health Organisation (WHO) releases a global tuberculosis (TB) report. It provides estimates for TB deaths across the world.

For 2012, the WHO estimated that 59 people died of TB per 100,000 people in South Africa. The next year they reported that the number had dropped to 48. At first glance it looks like the TB death rate had decreased in South Africa.

But we need to take into consideration that uncertainty exists about the exact TB death rate. The WHO has to estimate TB deaths because cases often go undetected or are underreported, a senior epidemiologist at the WHO, Philippe Glaziou, told Africa Check.

The following year the WHO was 95% sure that their estimate of 48 deaths per 100,000 people fell somewhere between 28 and 73. The smaller confidence interval in comparison to the previous year means that the WHO was more confident about this range. 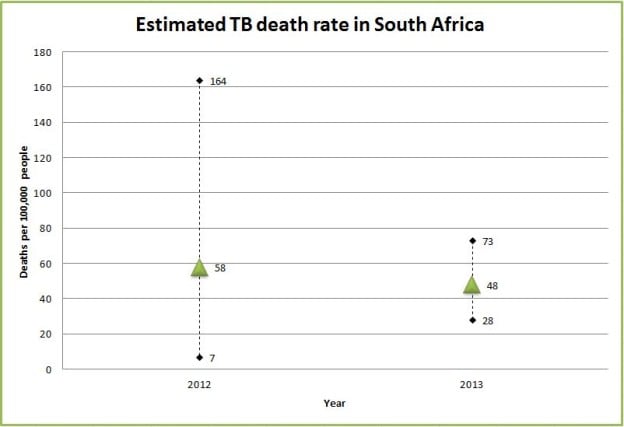 The average estimate for each year may look different, but they may not actually be statistically or significantly different because the confidence intervals of the two years overlap.

GUIDE: How to create a map with data

GUIDE: How to get started with data journalism