#NigeriaDecides2023: A guide to understanding opinion polls during the campaign season

A slew of surveys on who is likely to win in Nigeria’s 2023 elections have appeared since campaigning officially kicked off. But the results vary widely, and voters need to ask hard questions about how – and why – polls are conducted.

Nigeria’s 2023 elections will be the seventh since the country’s return to democratic rule in 1999. And voter interest – and registration – is surging.

Campaigning officially began on 28 September.  Now many are looking to estimate the likely success of political parties and candidates.

Opinion polls collect information from a given group – a sample – to get an idea of public sentiment.

Eighteen candidates are seeking to succeed president Muhammadu Buhari. But several opinion surveys have identified four as the most likely to carry the day:

A spate of opinion polls in Nigerian public debate

In September, four opinion polls were released in just two weeks, each on the presidential race.

One, conducted for the US-based media organisation Bloomberg, found that 72% of decided voters preferred Obi as their candidate, against 16% for Tinubu and 9% for Abubakar.

Questions the 3,967 respondents were asked included: How viable is Obi’s candidacy? What explains his rapid rise in Nigerian politics? Who supports him and why? 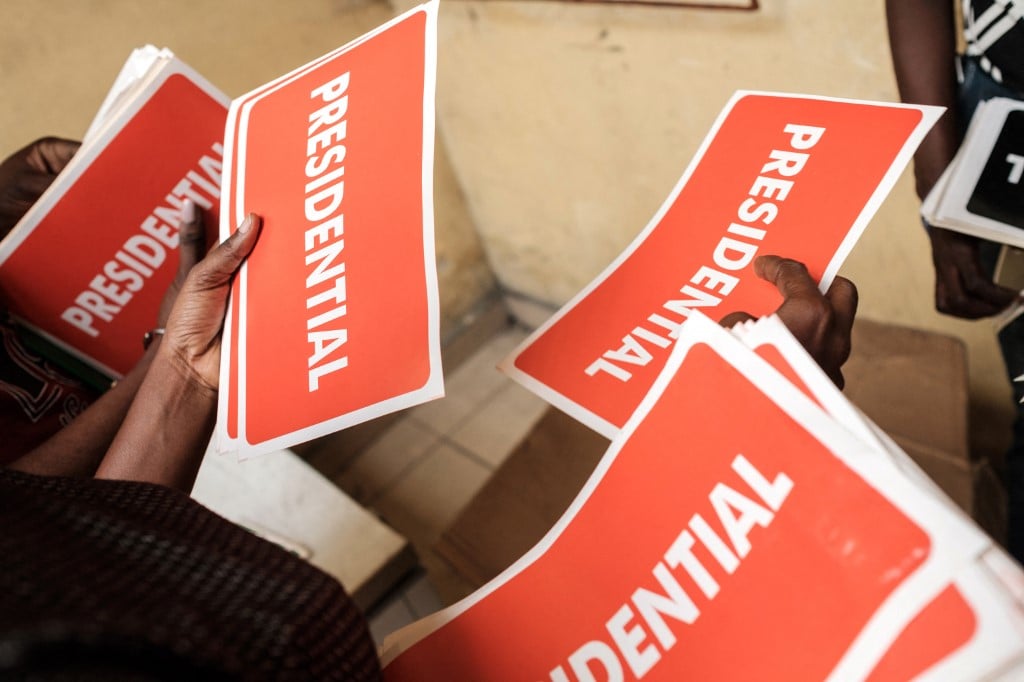 Another poll showed that Obi was still the most preferred, but by a much lower share of 21% of decided voters. Tinubu and Abubakar tied at 13%. This survey was commissioned by Anap Foundation, a governance-focused nonprofit organisation.

Significantly, 32% were undecided while 15% would not say who they preferred. For this survey, pollster NOI Polls selected 1,000 phone-owning Nigerians aged 18 and older from a database of 70 million people. These were asked who they would likely vote for if the election were held on the day the survey was conducted.

A third poll found that half – 51% – of respondents chose Peter Obi as their preferred presidential candidate, against 25% for Abubakar and 19% for Tinubu.

The poll was run by the Nigeria-based youth movement We2gedaNG, which surveyed 17,053 registered voters across the country. It used randomised phone calls to identify participants in proportion to each of the country’s 36 states’ contribution to the national voter register.

In a reliable survey, the chance of selecting participants that properly represent the target population is known – what is referred to as a random sample. So interviews of 1,000 or so well-chosen people can give a credible insight into the views of over 200 million Nigerians.

Finally, a survey by ThisDay Newspaper concluded that Obi was unlikely to win. The paper did not make its data public, but admitted its survey was unscientific and based on “trends” and “findings from field reporters”. It is now planning a scientific poll for October 2022.

Questions journalists – and audiences – should ask about opinion polls

Given such different findings, and with more opinion polls expected, how can people make sense of the political conversation polls often seem to spark?

Africa Check’s earlier guide to understanding opinion polls gives some of the answers. It includes information from an evergreen handbook originally by the US National Council on Public Polls.

It explains that there are two types of polls: scientific and unscientific.

Opinion polls claim to reflect the people’s views, but some can mislead intentionally or unintentionally. To lower the chances of this, journalists reporting on polls – and their audiences – should make a habit of asking certain questions.

(For more details, read our guide to understanding and reporting polls.)

How do you design a nationally representative poll?

For a poll to be considered to represent the opinions of all voters,  it has to meet certain standards, Ikemesit Effiong told Africa Check. He is the head of research at Nigerian research advisory firm SBM Intelligence.

“Things like the urban-rural distribution have to be accounted for, and it should be proportional to the overall population. So the participants of a poll have to mirror the population distribution,” he said.

“Most importantly, if a poll is to assess the potential voting attitudes, then respondents who are not likely to vote should not necessarily be included.

“It should also have a sufficient number of respondents. When the respondents are too few, you are likely to miss out on certain information. However, this can be countered by stating what the margin of error of the poll is; generally the smaller the sample size, the larger the margin of error.”

Biyi Fafunmi is the director of the information and communications technology unit at the National Bureau of Statistics, Nigeria’s official data agency.

He explained how a national poll was carried out. “What you do is that the respondents must be drawn from every part of the country, and then you set the criteria for which responses to analyse.

“It cannot be said to be nationally representative if a section is left out.”

The Labour Party candidate Obi has dominated online polling. But only 44.5% of the population is connected to the internet, according to the Nigerian Communications Commission, which regulates the industry.

What conclusions, if any, should be drawn from online polls in general?

One drawback of opinion polls, especially those conducted online, is that certain groups of people are not connected to the internet. This could cause errors in the results because “those people are left out”, Fafunmi said.

“Secondly, age will also play a role because a nationally representative poll must carry along all age groups that are affected by the subject matter,” he added.

“What we see is that most of the responses for such online polls come from young adults or middle-aged and educated people. This means that those that are not educated and those who are not connected to the internet have been excluded from the response.”

According to the United Nations Educational, Scientific and Cultural Organization, Nigeria’s literacy rate among people aged 15 years and older was 62% in 2018.

“So polls are not infallible. If the pollster has an agenda, then there is always a way to make the data fit into that agenda.

“Another error that may occur with political polls is that respondents are likely to hide their true perspective of issues if there is a ‘shame’ value to holding a particular perspective so they either misrepresent their perspective or hide what they actually think.”

Pollsters in the United States have looked at the phenomenon of the “shy” respondent in analysing Donald Trump’s unexpected 2016 victory.

Reality can be different on the ground

Factors like ethnicity, religion, geography and party infighting – for example due to zoning, when candidates are chosen from a specific geopolitical zone – will also affect the election. (For more on these factors, read our factsheet on Nigeria’s 2023 election.)

Dunmoye Ayoade is a professor of political science at the Ahmadu Bello University in Zaria, northern Nigeria.

He told Africa Check more about the nature of politics in Nigeria and why opinion polls should be carefully interrogated.

“In Nigeria, politics is seen as an investment. This is why politicians spend a lot of money during the electoral process and manipulate voters either using the media, religion, or ethnic affiliations. Once they win elections, they are in charge and state resources are at their disposal.”

The results of online polls may therefore not be a true representation of the electoral choices people will make.

“The participants of such online surveys are often those who have internet connectivity or stay in the urban areas. In cases where the rural dwellers are involved in the surveys, people will not tell you who they will really vote for because their votes are available to the highest bidder due to poverty,” Ayoade said.

“So the things happening on social media are different from their own reality.”

When the issues don’t count

The reality of poverty, economic stagnation, insecurity and other issues count and have led to the increased interest in voting, Ayoade added. But “ a major undoing of Nigerian politics is that people often vote for personalities and not the ideology of the political parties”.

“Some citizens also see the election season as a time to make money, so they look forward to the stipends shared at rallies.”

All these factors should make voters aware of the need to put opinion polls in context as Nigeria’s campaign season goes into full swing.

Never take the findings of an opinion poll for granted. Not all opinion polls and surveys are created equal and journalists should always in...