A screenshot of what seems to be a Facebook post by Uganda’s Nile Post News has been posted on the platform, with the startling allegation that delays in paying soldiers has led them to terrorise Ugandans.

“Deputy Chief of Defence Forces Lt. Gen. Peter Elwelu has weighed in on the ongoing armed robberies attributing to delayed salary payments for the security forces,” text on the screenshot reads.

The screenshot began to circulate as insecurity cases rose in the suburbs of Kampala, Uganda’s capital city.

There has been tension in the city as criminals in military fatigues erected fake roadblocks and attacked passersby.

The screenshot has also been posted here, here and here.

Africa Check has in the past investigated disinformation targeting the Ugandan army. 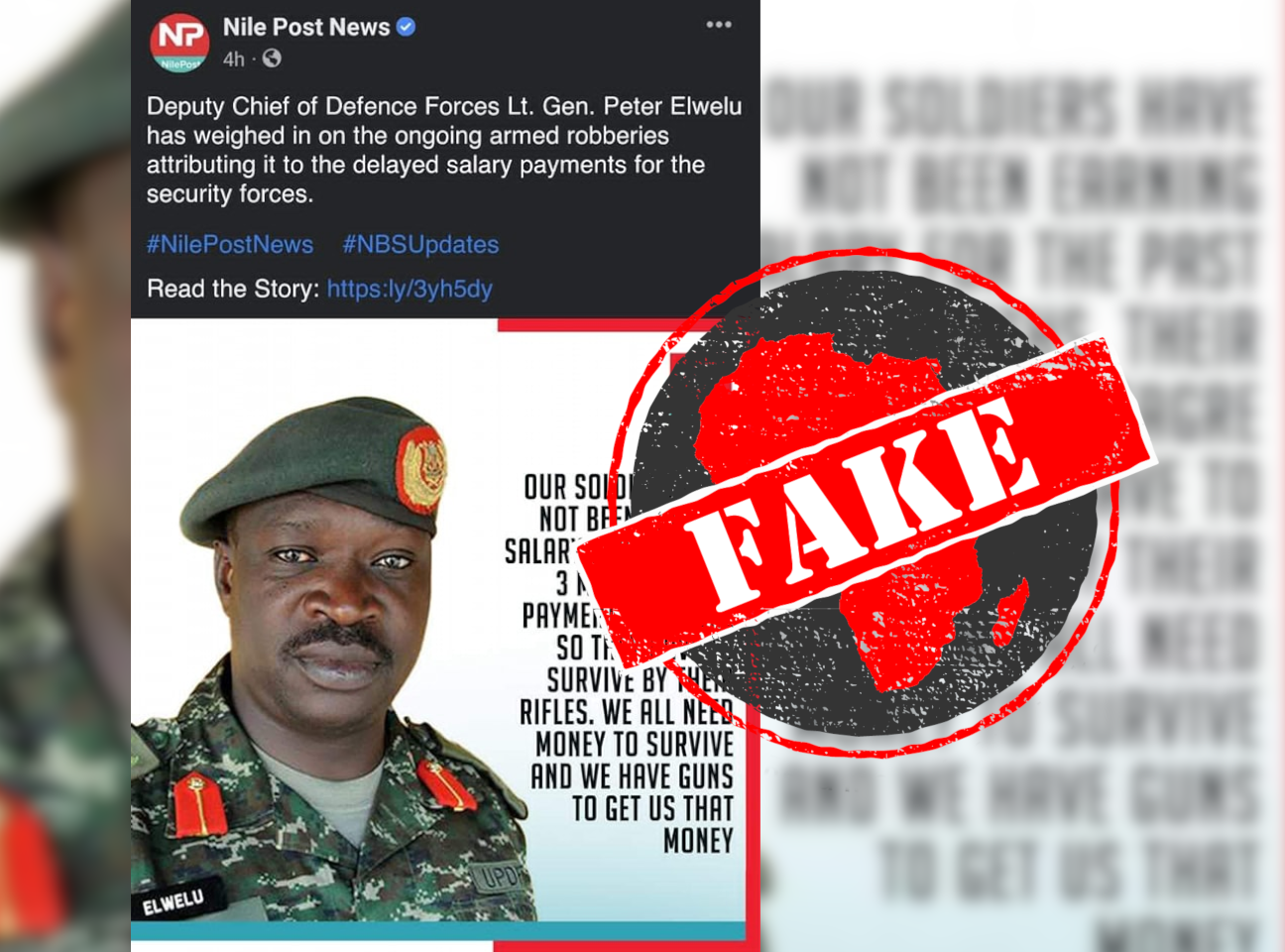 “NOTICE: Please disregard this screenshot making rounds. We haven’t posted anything in that regard on our social media platforms or our website,” wrote Nile Post.