A recent Facebook post claims to show unusual rainbow stripes on a cliff face somewhere in Peru, a country in South America. In the photo, the cliff has colourful horizontal lines running across it and the sea below is bright blue.

The post has been viewed more than 1.4 million times so far.

Is the photo authentic? And is there really a Rainbow Mountain in Peru? We checked. 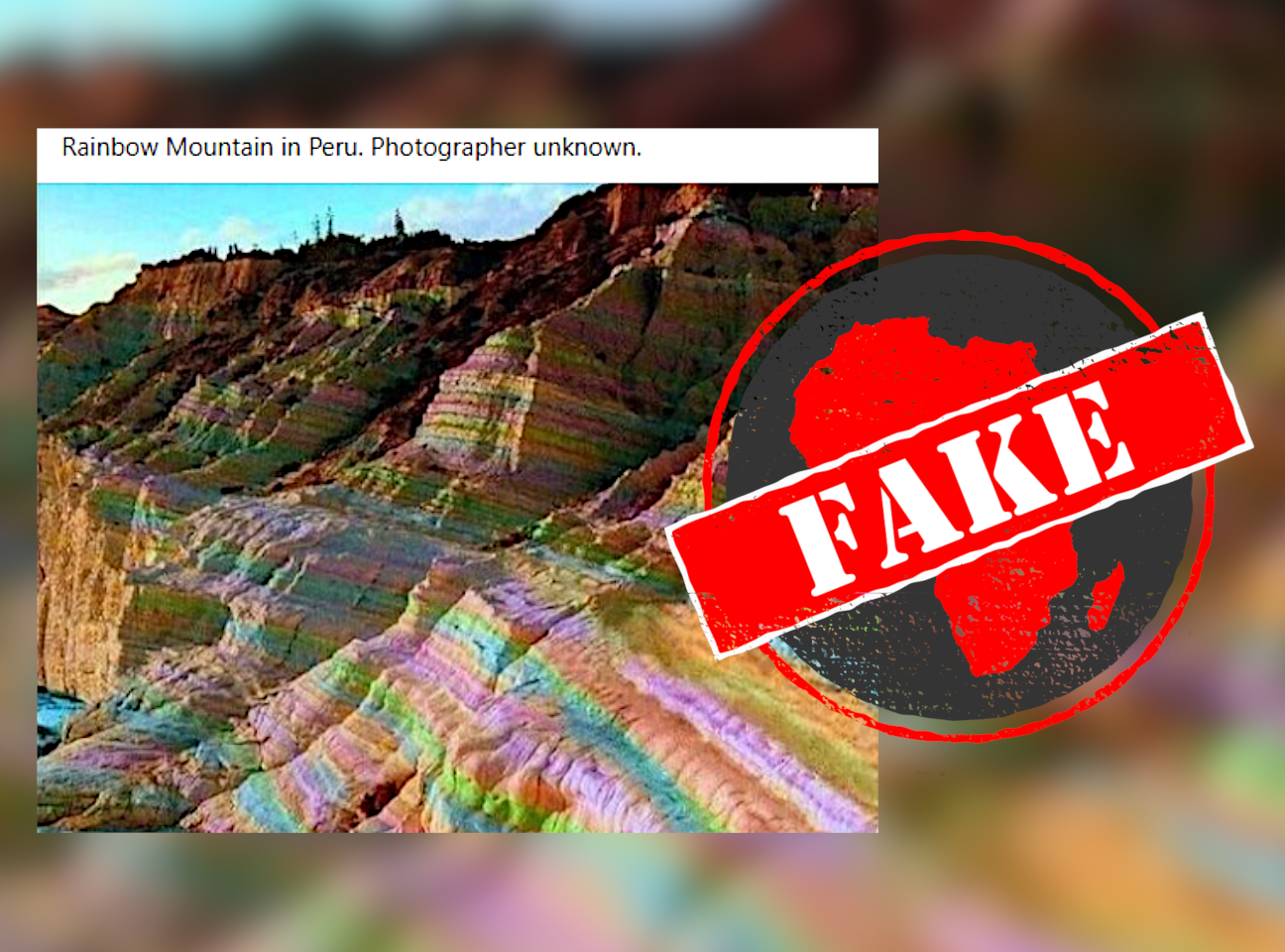 A reverse image search reveals that the photo has been digitally manipulated. In a similar photo of the same location, uploaded in 2020, the hillside is a pale sandy colour, and not rainbow striped.

Other photos show that the site is Scala dei Turchi, or Ladder of the Turks, a seaside cliff in Sicily, southern Italy.

The cliff is pale white and while the sea surrounding it is very blue, it is not as bright as the photo in the Facebook post suggests.

Vinicunca, known as the Mountain of Seven Colours or Rainbow Mountain, is a real mountain located in the Andes mountain range in Peru.

The mountain has been a popular tourist attraction since 2015 when melting snow first revealed its unique geological formation.

Photos of the mountain show that it does have surprising rusty red, yellow and green stripes running across its ridges. But at an altitude of nearly 5,000 meters above sea level, visitors won’t find any beaches nearby.

Hoax alert! ‘You can kill whites in South Africa’ billboard is fake