Apples are a staple fruit in South African stores, with different locally grown varieties exported to other countries.

“Apple seeds contain Amygdalin,” it reads. “If the seeds are chewed or crushed they will convert into cyanide, that is highly poisonous and can be deadly in high doses, that is why apple seeds are considered to be poisonous.”

What is amygdalin, is it found in apple seeds, and does it make the seeds poisonous? 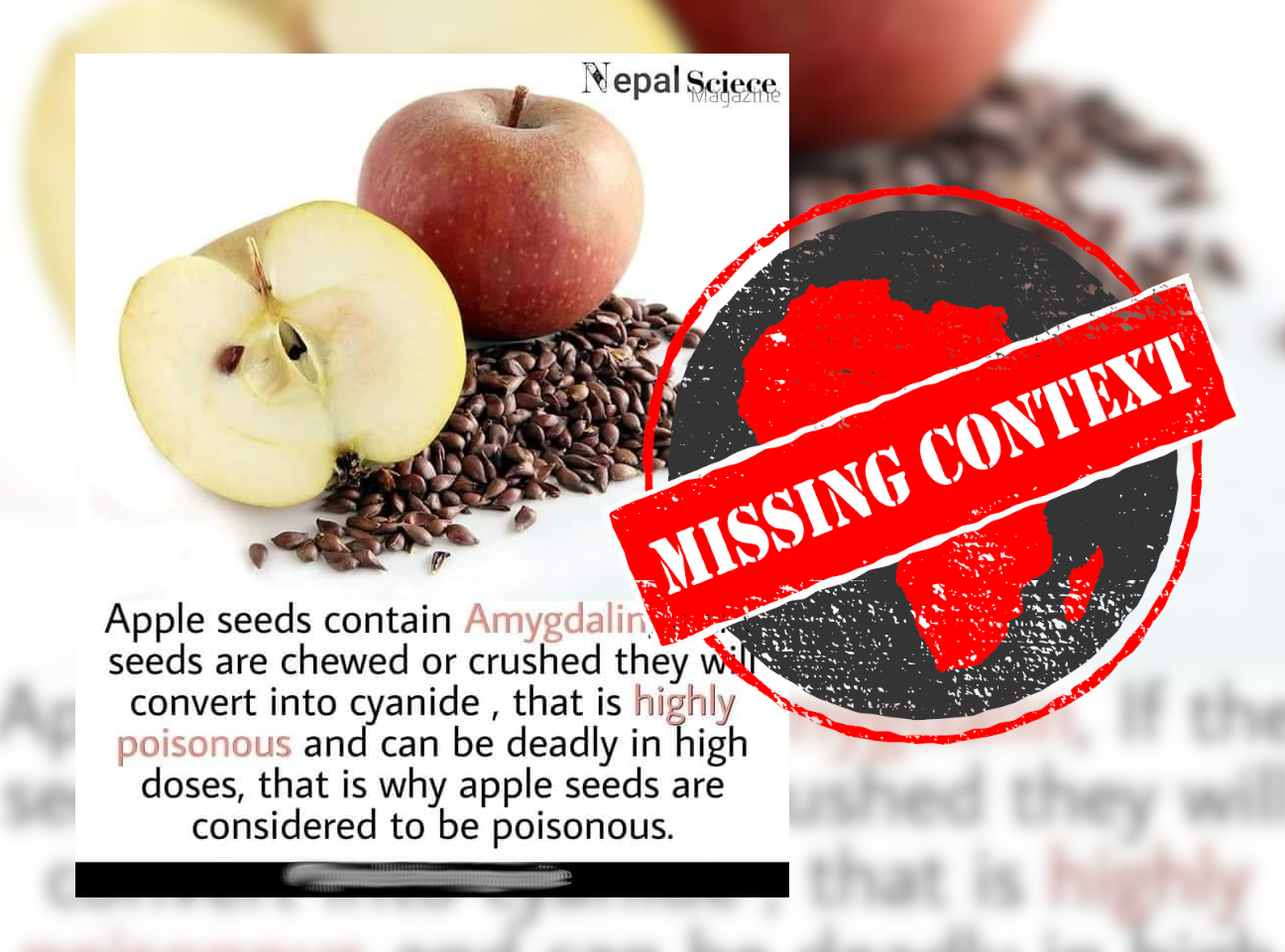 Compound breaks down into cyanide

According to the US government’s National Cancer Institute (NCI), amygdalin is a chemical compound found in the pits and seeds of some fruit, including apples and apricots.

Amygdalin has been used in some countries as a treatment for cancer, but has not been proven to work in human clinical trials, the NCI says.

Enzymes in the intestine break the compound down into poisonous cyanide, says the Memorial Sloan Kettering Cancer Center in the US.

“In a clinical study, cancer patients using amygdalin did not have any benefits, but some showed cyanide toxicity.”

The common side effects of cyanide produced by ingesting amygdalin include nausea and vomiting, headache and dizziness. Larger amounts of amygdalin could produce cyanide quantities large enough to cause liver damage, coma and even death.

But could a person die from eating apple seeds?

Apple seeds can be poisonous when crushed, explains Britannica, but you would have to eat a lot of them to be killed.

“Thankfully, there are several factors that make death-by-apple-seed very unlikely.”

The seeds have to be chewed or crushed in order to release amygdalin. “A whole unbroken seed will pass right through,” Britannica says.

And the human body can process amygdalin in small doses, so it would be harmless for a person to chew a few seeds.

“Finally, the average adult would need to eat anywhere from 150 to several thousand crushed seeds (depending on the apple variety) to be at risk of cyanide poisoning.”

A 2015 study found that apple seeds’ amygdalin content ranges from 1 to 4 milligrams per gram, depending on the variety of apple. But the amount of cyanide this produces is much lower.

“A lethal dose of hydrogen cyanide may be around 50 to 300 mg,” the study explains. Because apple seeds can release around 0.6 mg of cyanide per gram, a person “would have to eat 83 to 500 apple seeds to develop acute cyanide poisoning.”

Apple seeds do contain amygdalin, but the body can process it. And if they’re uncrushed they just pass right through. Eating – and crucially chewing – large quantities of apple seeds could lead to cyanide poisoning, but it’s highly unlikely.

Some researchers do suggest that people remove apples’ seeds before juicing them or adding them to a smoothie.