The graphic has the logo of NTV Kenya, a popular TV channel.

Johnson Sakaja is the senator for the county of Nairobi, the country’s capital. He is running for the county’s governorship under the United Democratic Alliance (UDA) ticket in Kenya’s 9 August elections.

The UDA, led by current deputy president and presidential candidate William Ruto, is part of the Kenya Kwanza coalition.

Sakaja will face businessperson and politician Polycarp Igathe from the Jubilee Party. The party is part of the Azimio la Umoja One Kenya coalition headed by Orange Democratic Movement leader – and Ruto’s main rival for the presidency – Raila Odinga. 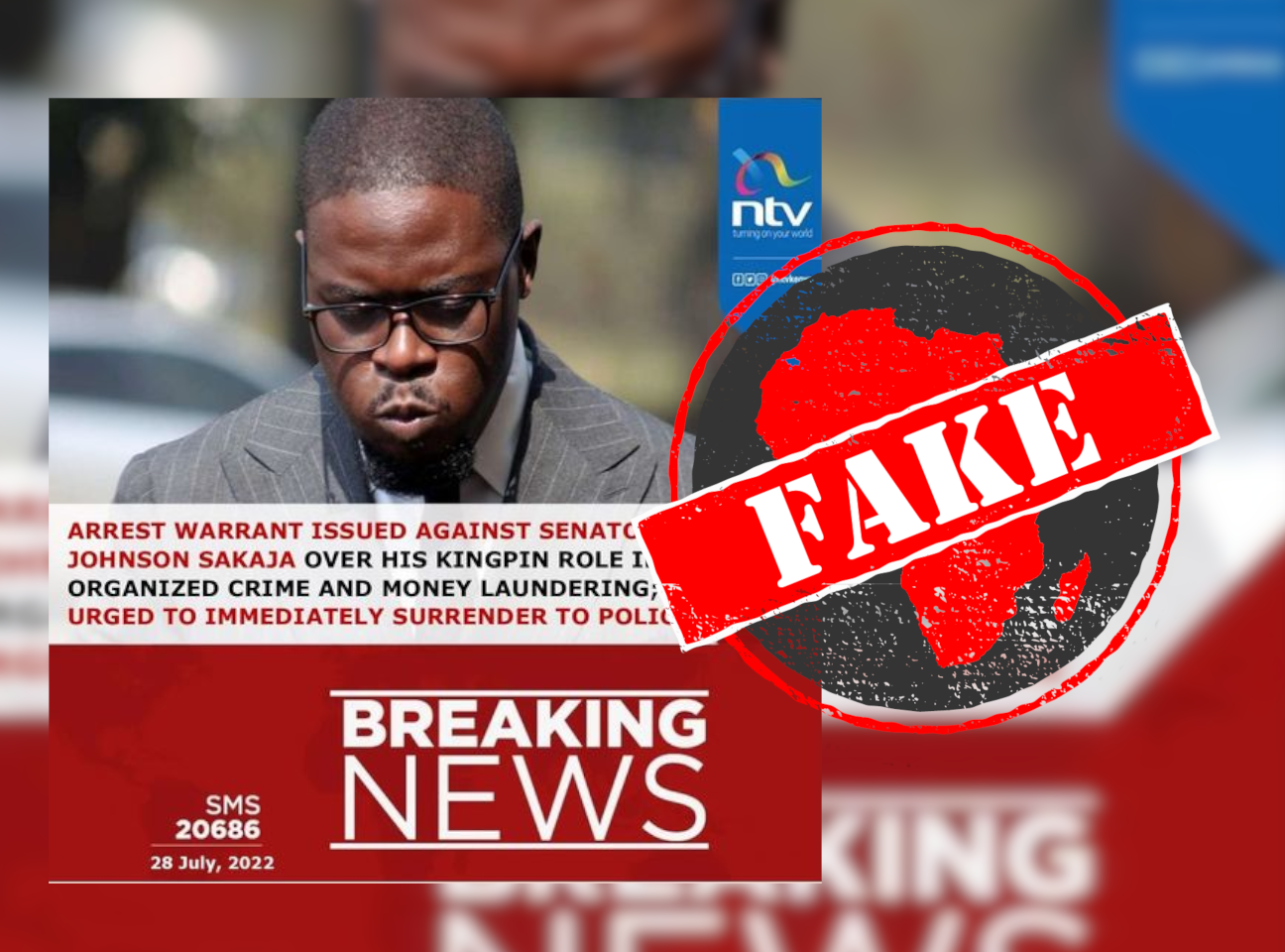 Disinformation ahead of elections

Kenya’s Directorate of Criminal Investigations frequently posts updates on major arrests – including of politicians – on its verified Facebook and Twitter pages. But Africa Check did not find any news on Sakaja’s arrest on either page.

We searched for the graphic on NTV Kenya’s Facebook page and again came up empty.

“Beware of fake news! If it is not on our official social media pages, it is fake,” it posted.

Kenya’s 2022 elections are less than a week away. False claims about candidates can harm voters’ ability to make informed choices.