An image posted on Facebook appears to be the front page of Kenyan Kiswahili-language daily, Taifa Leo, with a headline calling the country’s top politicians robbers and thieves.

The headline reads: “Azimio ya majambazi, wezi sugu.” This loosely translates to “a vision of robbers, notorious thieves”.

The front page suggests that the three families have endorsed Odinga’s 2022 presidential bid.

But is this front page legit? We checked. 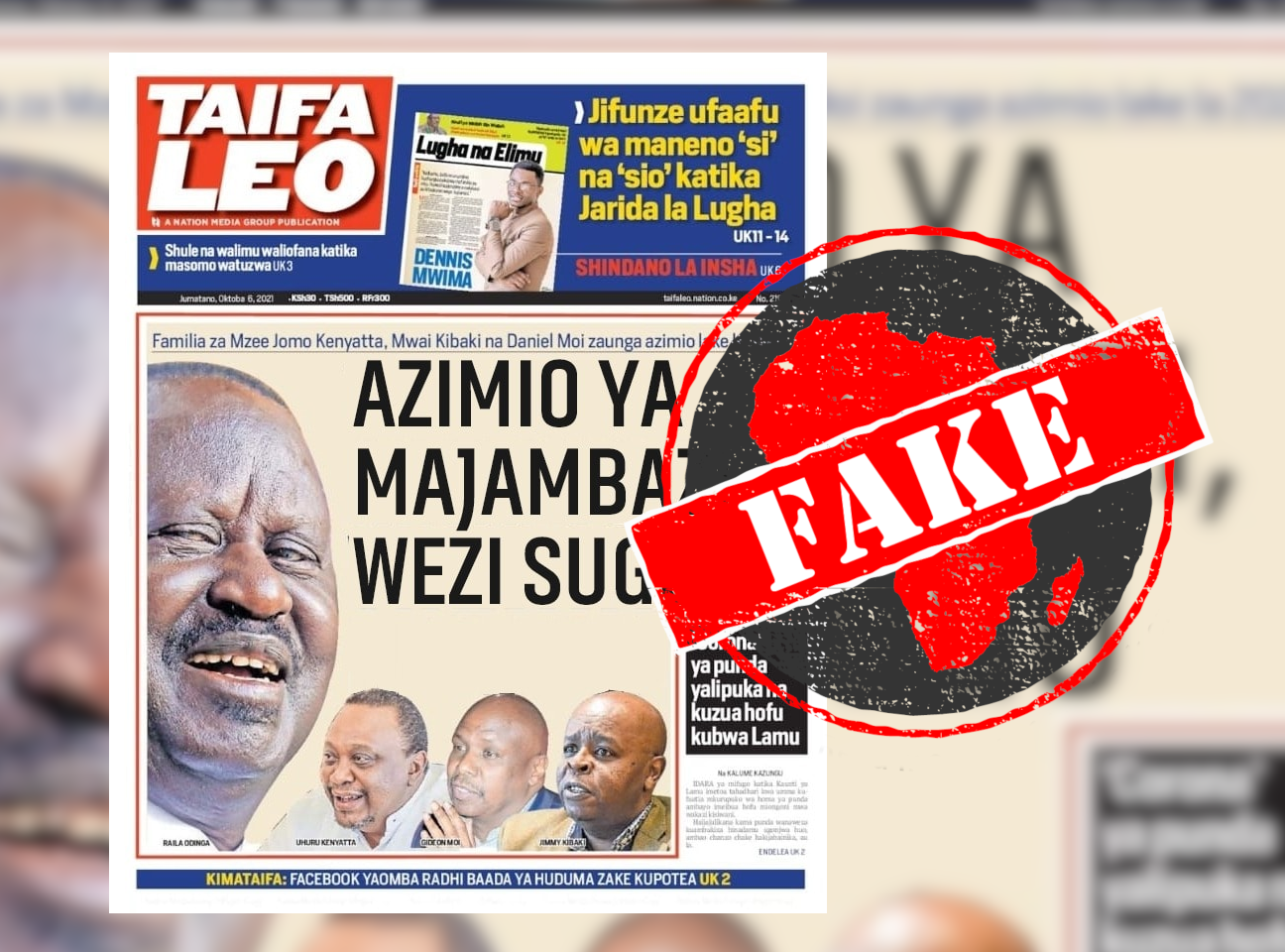 There are a number of clues that something is not right.

The grammar in the headline is poor and the language defamatory, which is unlikely in a respected national newspaper.

The design also appears imbalanced. The font used in the headline is not the one used in the current design of the newspaper.

Using the newspaper’s epaper portal, we searched for the 6 October 2021 edition and found a different front page. The newspaper also published this version on Twitter on the day.

The text above the headline, suggesting the country’s political dynasties support Odinga’s bid for the presidency, was unchanged. But the headline of the front page shared on Facebook was doctored.