A message posted by the same user on several public Facebook groups in Kenya invites people to view a “trending video” of a ferry accident.

This loosely translates as: “This Likoni Ferry needs prayers. This video has shocked the whole country. A vehicle got stuck in water. Watch this trending video or drop your contact I send you the link on WhatsApp.”

The message, posted on 17 May 2022, includes a photo of a truck rolling off a ferry ramp into the water.

Likoni Ferry is a ferry service connecting Mombasa Island to the mainland city of Mombasa on Kenya’s southeastern coast. On 2 April, it was reported that two of its ferries collided, causing panic in the Likoni channel crossing.

But is the message legit? And what does the photo really show? We checked. 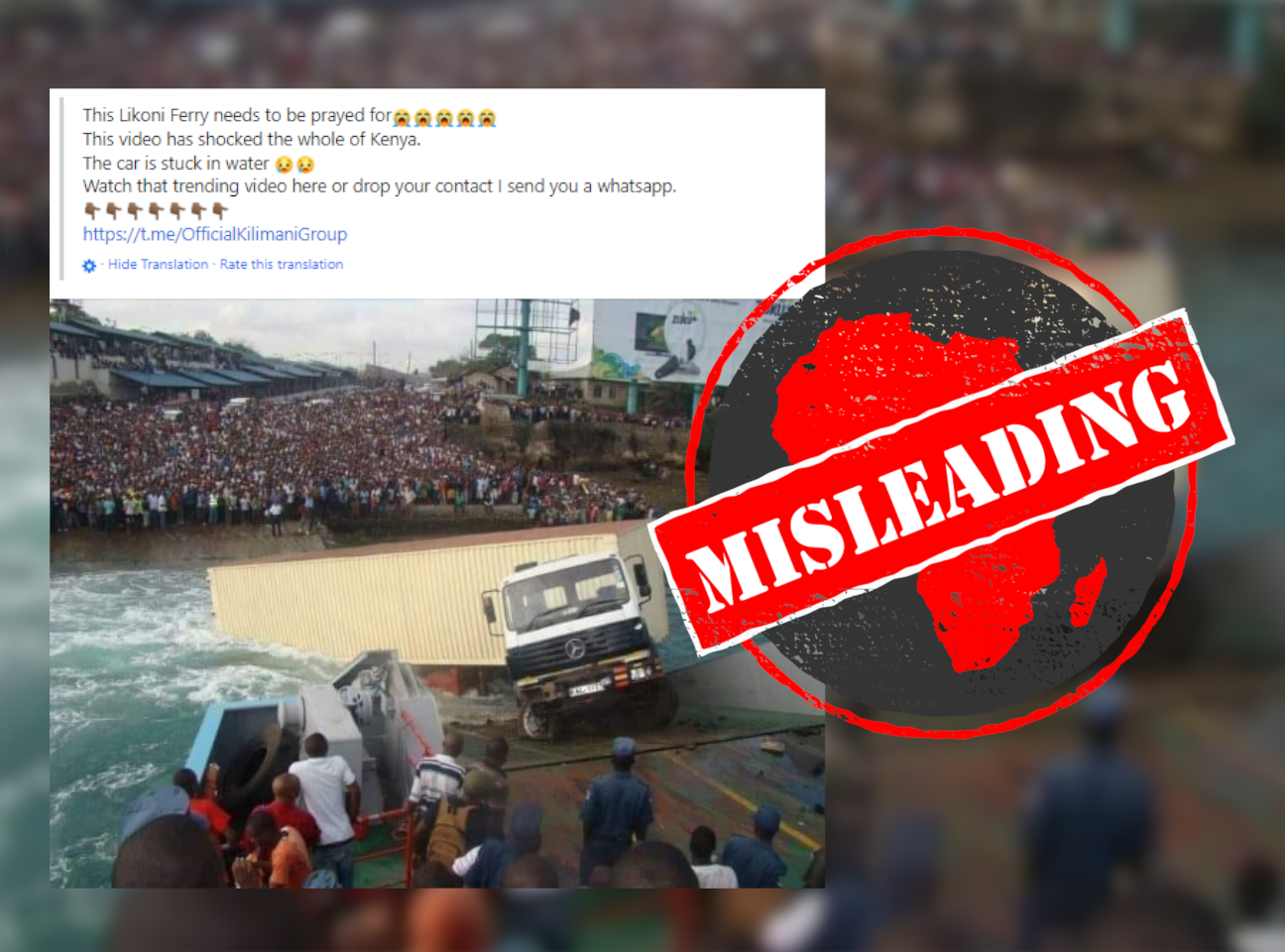 The link in the message leads to a Telegram channel called “Official Kilimani group”, and not to a video.

And Yandex and TinEye reverse image searches revealed that the photo does show an accident involving a truck and a ferry at the Likoni crossing, but is nine years old. It first appeared online in January 2013.

Other views of the accident can be seen in news reports here and here, and in the Getty Images stock photo collection.

“Four people were killed and 31 others seriously injured on Saturday when a trailer rammed into a ferry as passengers boarded at the Likoni channel,” reads one report on the accident, dated 26 January 2013.

“Witnesses said the loaded trailer was going down the ramp when its brakes appeared to fail, causing it to hurtle down the steep inclination at high speed, catching passengers and cyclists unawares.”

Other reports put the death toll at 11 people.

Africa Check debunked another claim about the accident in 2020.

The photo is years old, and the message is simply clickbait that uses a tragedy to lure people to a Telegram channel.