An image posted on Facebook appears to show Nairobi senator Johnson Sakaja in a graduation gown and hat.

This came amid controversy over whether the senator had a university degree.

Kenyan electoral laws require governors to have a university degree and Sakaja is running for governor of the Kenyan capital in the 9 August 2022 general elections.

Sakaja has said he received his university degree from a Ugandan university. The Kenyan commission on university education said it would investigate the senator’s degree but changed its mind.

The Kenyan high court dismissed a petition challenging the validity of the degree.

But does this photo show Sakaja on his graduation day? We checked. 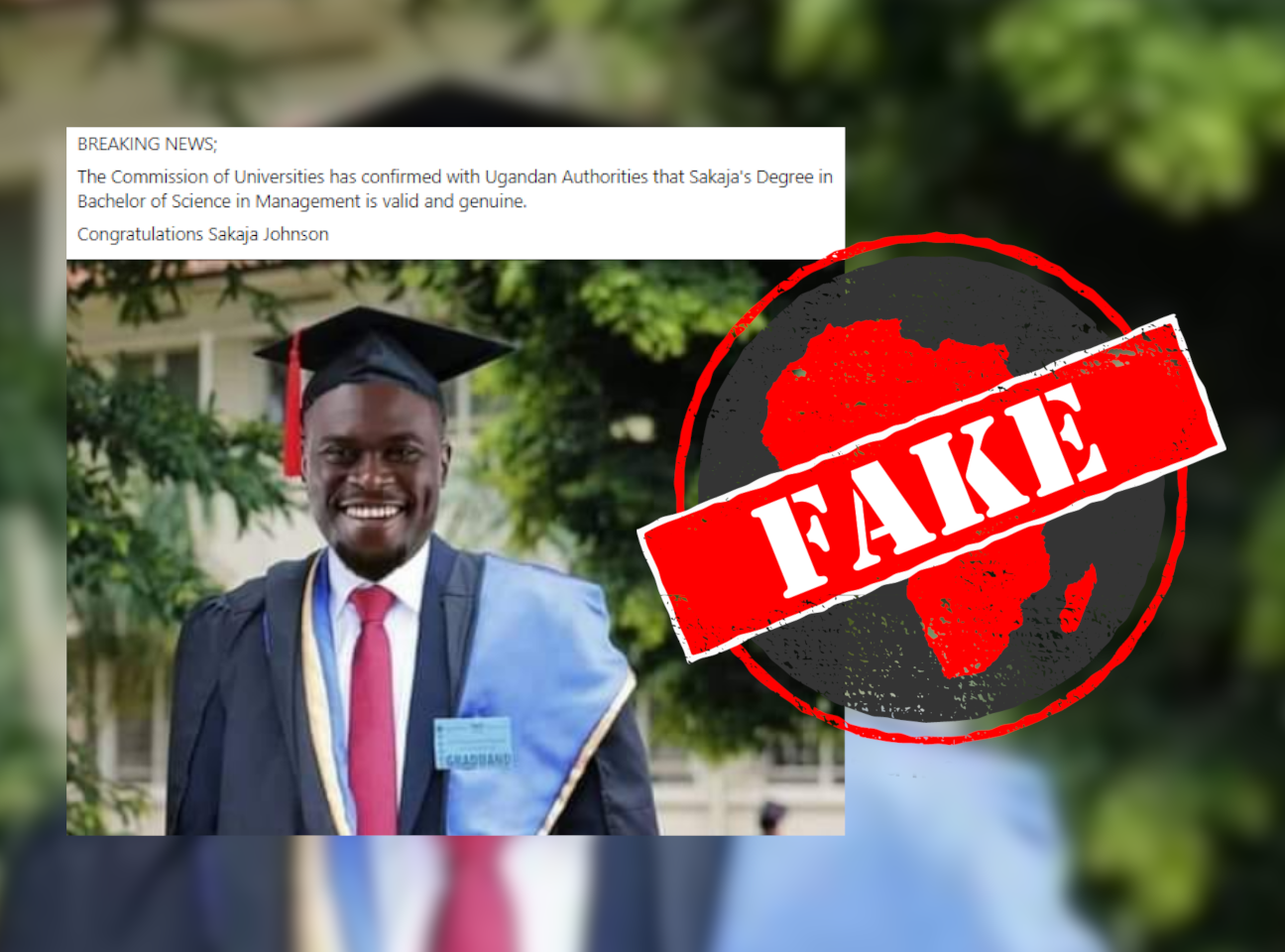 A Google reverse image search of the photo led us to a Facebook page of a Ugandan clothing brand that makes graduation gowns.

An identical photo posted on the Facebook page on 23 January 2016 shows a smiling male graduate, who is not Sakaja.

The senator’s face was photoshopped into the original photo – this is not evidence he graduated from any university.